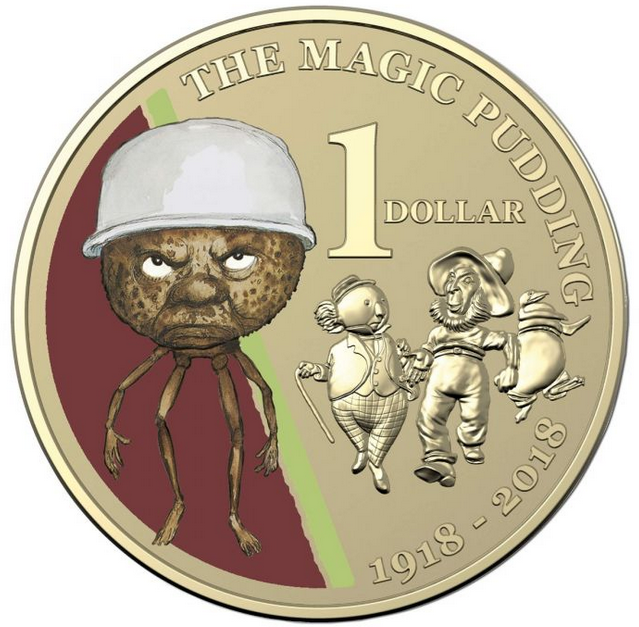 I used to regularly look forward to watching Alan Kohler’s financial report on the ABC news each evening. But when the global financial crisis hit, I suddenly realised that even he didn’t know what was going on. Fast forward to 2020 and I’m having that strange sense of déjà vu—all over again—as I watch him spruik the benefits of Modern Monetary Theory (MMT).

While MMT is not without its critics, it has become increasingly fashionable, especially amongst those employed by our national broadcaster. In case you might have missed it, the ABC has produced the following promotional video featuring Kohler here:

It was the great far-left-turned-conservative, as well as former editor of Quadrant (1997-2007), Padraic P. McGuinness, who best outlined the dangers of adopting this kind of macroeconomic approach in a speech for the H.R. Nicholls Society, which was appropriately titled: In Search of the Magic Pudding. McGuinness presciently observed:

One of the things you discover in folk literature and children’s literature (and of course they were originally the same) is that something for nothing always has traps. Norman Lindsay’s, The Magic Pudding, was written in the middle of the First World War, though actually published in 1918; when I went back to read it again for the first time since my own childhood it came back to me in an extremely fresh and interesting way.

Rod Cavalier who is a former Labor minister for education in the NSW government knows a lot about Lindsay, and was in fact married at one time to a member of the Lindsay family. The book certainly turned out a magic pudding for them, since they are still enjoying apparently inexhaustible royalties from it. I asked him whether there was reference in the book to a contemporary political controversy, since one of the interesting things about nursery rhymes and similar apparently innocent folk-stories is that often they originate in political or social conflict.

But although he cannot recall any such context for Lindsay’s book, I see it as a political commentary on many Australian attitudes and institutions. The Magic Pudding, you will remember, was a pudding which could be steak and kidney pudding, or it could be a plum duff, or an apple dumpling—you just had to turn the dish around and whistle twice and it changed to whatever you wanted. It was absolutely unlimited in supply, and the pudding enjoyed being eaten and in fact pleaded to be eaten.

McGuinness’ speech is worth re-reading in full. Not just for its economic, literary and political insights, but also for its humour. Just take, for instance, this comedic gem:

The story of the Magic Pudding is one of the great stories of the hazards of having something for nothing … But this tradition of magic abundance needs to be contrasted with another tradition in economics one of the many reasons it is known as the dismal science…It is summed up in one phrase There Ain’t No Such Thing As a Free Lunch (TANSTAAFL) … Surprisingly the notion of a free lunch is basic to economics—it might be called the science of free lunches.

In all seriousness though, McGuinness argued that Modern Monetary Theory taps into a larger “universal theme” going all the way back to the Bible. In particular, the widow’s jar of oil that the Lord miraculously re-fills during one particular famine. (i.e. 2 Kings 4:1-7) In fact, McGuinness stated that, “John Maynard Keynes uses the story of the widow’s cruse in his Treatise on Money to illustrate the notion that profits are endlessly replenished by increases in money demand.”

Now, as someone who has studied theology—but not necessarily economics—even I can see the problem here: the government is not God! The whole point of that particular Old Testament incident is to demonstrate that there is a divine power with infinite resources upon whom people should look, rather than trusting in the work of their hands. What J.M. Keynes does, however, is turn the whole thing upon its head. As McGuinness—who was ironically a life-long atheist—explains:

In Keynesian economics, the magic pudding is the notion that there is a kind of cost-free process of economic expansion. So, government deficits became the magic pudding. In Reagan-style supply-side economics there is a similar magic pudding notion, that tax cuts could magically generate more than the output and revenue increase needed to finance them. Like the widow’s cruse, there is always a trap in the attempt to utilise these notions.

Essentially, the problem is one of magical thinking. But magic puddings are treacherous beasts, and the old principle in approaching confidence tricksters should be applied. If someone offers you something which is too good to be true, then it is not true. Distrust governments bearing neat and easy solutions, and distrust simple and comprehensive solutions to complex problems, whether they be labour market deregulation or easily reaped increases in product which appear to be cost-free.

As a man of the cloth, I’d beg readers’ indulgence to note that, while the Bible is not chiefly concerned with economics, it does present a more robust and integrated worldview than MMT, as Quadrant‘s Peter Smith has ably explained here and here. In short, it places a high value on the importance of work (see 2 Thessalonians 3:6-15) as well as being prudent with one’s spending (Luke 16:10-12). It also wisely warns about the danger of wealth quickly received (Proverbs 20:21) and instructs that money is best accumulated little by little (Proverbs 13:11). How different this is to the fiscal largesse of MMT.

My parents instilled in me the self-evident truth that “money doesn’t grow on trees”, but according to folks like Kohler, that’s not actually the case. As long as one understands there being a direct equivalent between ‘trees’ and the Reserve Bank’s printing presses. Although, to be fair, since Australian currency is now made out of polymer—and not paper—that is no longer the case either.

The Apotheosis of Malcolm Fraser