Waiting for the Godot Vaccine 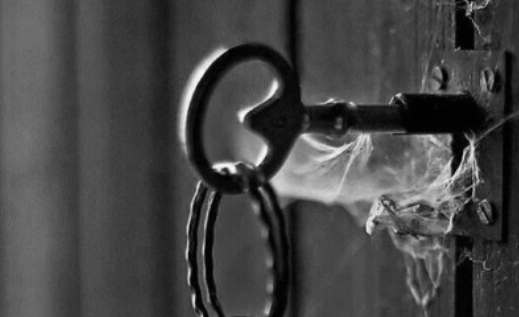 I am heartedly sick of, not from, the Wuhan virus, aka Covid-19 aka SARS-CoV-2 aka MDV. MDV? Well, that is my own invention (mental debilitating virus) to describe the effect the virus is having on politicians and public health officials.

I am not a virologist, obviously. Yet I know that viruses need a host to survive and that there are lots of viruses inside and on human beings and other vertebrates. This is Eric Delwart writing in The Scientist magazine, October 31, 2016:

…leaps in genomic sciences have allowed researchers to detect viruses living in and on the human body…the most well-studied viruses are those that cause disease. But many viruses chronically infect humans without inducing disease, except perhaps in the very young, the very old, or the immunosuppressed.

I also know that some viruses are bloody nuisances, but not life-threatening in most circumstances. Like those causing the common cold and, in my own most unfortunate experience some years back, shingles. For both of which, ominously, a vaccine is either not available or, I can attest, ineffective. This gives me pause when expectations are raised that an effective and safe vaccine against Covid-19 might be available by the end of year or shortly thereafter. And then there is this from The History of Vaccines site on 10 January 2018:

From 1990 to 2014 the number of people living with HIV rose from 8 million to 36.9 million; since the beginning of the HIV/Acquired Immune Deficiency Syndrome (AIDS) epidemic, AIDS has claimed more than 34 million lives.

You might think that the efforts of medical scientists would have found a vaccine for HIV by now, wouldn’t you? Clearly, it can be hard. I make this point only to suggest that waiting for a vaccine might be like waiting for Godot. It might never arrive. Therefore, policies should not be geared to the imminent arrival of a vaccine. The development of a vaccine should be put in the category of serendipity. Great news it would be, but it shouldn’t figure in planning.

As to vaccines, as to therapeutics. I say this because of the incidence of serious illness of those contracting the virus being concentrated among the aged and infirm. The median age of those who die is over eighty years. It is perhaps likely that therapeutics will have little benefit among those whose life expectancy is short in any event. Of course, therapeutics should be pursued but, again, it is questionable whether their development should form part of planning.

Once we remove vaccines and therapeutics from the equation things become clearer. As this virus seemingly kills only about 0.1 per cent or so of those it infects (as with a serious flu) and, apparently, can be caught again after a period, it might well not die off. Hosts aplenty for it to live in. Nor might its virulence decline over time.

This means that the virus might well become a permanent feature of human existence. Certainly, that should be the assumption, all else is optimistic speculation. Off that assumption just three all-encompassing conclusions flow, which should inform policies and planning.

First, lockdowns of any part of the economy for even very short periods have no enduring value. The virus won’t be tamed for long and will spring back up leaving continual economic dislocation, and the deleterious health effects of such dislocation, in its wake.

Second, those liable to become seriously ill if they were to contract the virus should be given a choice. Remain isolated with as much help as society and the government can extend or take a chance. Why does this policy make sense? Clearly, if we can’t be rid of the virus, people can’t be isolated from human contact indefinitely against their will. Not in a civilised society anyway.

Third, those found to have the virus (in its usual mild or asymptomatic form) should be advised to try to have as little contact with other people as can be managed; as with any non-deadly infectious disease, including the common cold. But there should be no compulsion. If this virus remains among us, we can’t keep compulsorily locking people up. If you doubt that, extend the logic to any number of non-deadly infectious diseases which, nevertheless, might have serious consequences if caught by specifically vulnerable adults and children – e.g., the common cold, the flu, the aforementioned shingles (infectious in the form of chicken pox).

The conclusion is that we should end all lockdowns and the threat of lockdowns post haste. And this should include opening up all intranational and international travel. The only condition is that there be an ample provision of hospital facilities and contingency plans to bring more online if required. As that is quite clearly the case in Australia and, I would think, in most modern countries, there is no reason to delay getting back to normal – the old normal, not some silly “new normal”.

As a final point, the old normal did sometimes include airlines and immigration authorities checking as best they could whether international travellers were sick. There are other infectious diseases besides COVID-19. COVID-19 and its likely successors simply add to the rationale of continuing, and upgrading, such checking.

An Undeniable Truth and Its Enemies

The uselessness of useless spending