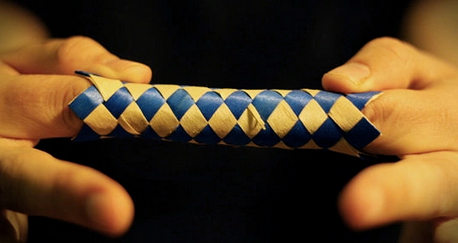 The China Matters institute matters – at least to pro-CCP elements amongst the ALP leadership. That’s the only conclusion that can be drawn from Labor’s knee-jerk reaction to the disclosure last week about the very significant political role played by this highly prominent pro-CCP think tank and lobbying organization.

Just a day after the Morrison government withdrew funding from a think-tank called China Matters, Labor invited one of its directors, Allan Gyngell, to speak at Shadow Cabinet where he criticised MPs who have been vocal about China.

And so, promptly last Monday, Allan Gyngell, former head of the Office of National Assessments, foreign policy adviser to Paul Keating, and a board director of China Matters addressed ALP leaders. A key feature of his speech was a denunciation of The Wolverines, a mainly conservative group of federal MPs and senators set up to counteract CCP influence in government policy. Their activities were “immature, juvenile and destructive”, according to Prof Gyngell. (“Claws out for China critics The Wolverines in ALP talks”, The Australian, 22/6)

Meanwhile, it appears no effort has been made to have the directors of the China Matter institute register as ‘agents of foreign influence’, as required by the Foreign Interest Transparency Scheme (FITS), the explicit purpose of which is to make visible the nature, level and extent of foreign influence on Australia’s government and political process.

Such exposure has become vital as concern about the transparency of vigorous and widespread CCP influence in Australia has become extreme over the past few months. It had been expected that FITS would play a vital role in ensuring that pro-CCP activity is exposed to public scrutiny. So far, it seems it has not been applied to  China Matters.

The FITS is administered from within the Attorney-General’s Department by Ms Sarah Chidgey, Deputy Secretary for the Integrity and International Group. As disclosed last week, it was she who, notoriously, wrote last year to former Prime Minister Tony Abbott last year, asking him to register as an agent of foreign interest due to a speech he gave at a minor conservative political conference.

Obviously, if such demands can be made of an ex-PM then surely they can be made of all the prominent directors of China Matters and other persons associated with their high profile pro-CCP activities.

Meanwhile, it is clear that the emergence of The Wolverines has set the concerned cat amongst the complacent pigeons. It is now becoming possible to see the extent of pro-CCP activism among the highest levels of federal politics and the bureaucratic establishment.