How Low Can the Commissariat Swing? 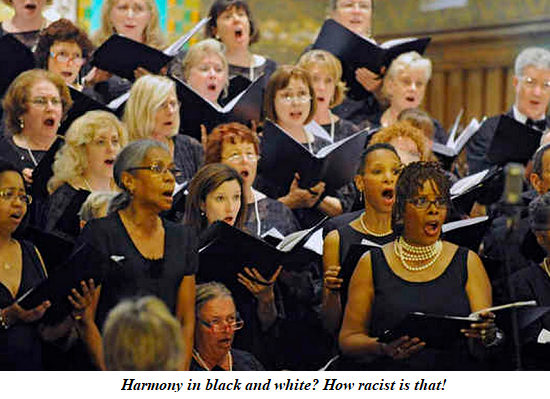 What times we live in: Israel Folau persecuted by Rugby Australia for daring to quote the Bible. Now, their English counterparts are seriously considering banning fans from singing their anthem, ‘Swing Low, Sweet Chariot’. The song was written in about 1865 by former slave Wallace Willis and was apparently adopted by the US civil rights movement a century later.

According to the World Rugby Museum, the song was first sung at Twickenham in 1987 in homage to a black player, Martin Offiah, whose nickname was ‘Chariots’ and “popularised the following year when black winger Chris Oti scored a hat trick.” What is there to object to in that heritage? I’d like to think that Mr Willis might be pleased to know his song is sung so often and so joyously. It’s hard to believe that his mind was not broader than the pipsqueaks in charge of English Rugby Union.

Thank goodness, the Premier League is back in England, albeit without spectators. Watched my first match a couple of days ago. ‘Black lives matter’ emblazoned on the backs of their shirts, the players knelt before kick-off. What exactly were they kneeling for? I have no idea and I bet they don’t. They need not worry; they won’t be asked.

Maybe it’s to commemorate the brilliant life of drug-addled convicted-felon George Floyd, arrested for passing forged $20 bills. Incidentally, why did the store clerk call the police? What went on between the clerk and Floyd? A bad death at the hands of a callous cop doesn’t make you into a saint.

Take the message on the shirts literally. Is it expressing support for the organisation Black Lives Matter (BLM)? BLM will definitely take it as read. Evidently then, on this reading, the players support a mob of Marxists aiming to tear down capitalism and the traditional family. But hold on, a bunch of multi-multi-millionaires, none of whom forewent their £100,000-plus weekly salaries during the lockdown, apparently embrace communism. Who would have ever guessed they would so willingly give up their mansions and Maseratis for the dispossessed?

More sanctimonious than the players, by the way, are the commentators mouthing “black lives matter” with feigned and pained profundity. Though, to be fair, how else do they keep their jobs in this age of degenerate race-baiting scolds.

And talking about degenerates leads automatically to the modern Democratic Party in the United States. If black murders are really the issue look no further than black-on-black carnage in Chicago, Detroit and Baltimore, all run for decades by Democrats. Their woeful performance in running states and cities has been further brought into stark relief by their Covid-19 authoritarianism; by their abandonment of law and order in the face of rioting, vandalism, violence and looting following the death of George Floyd; and by their wholly irresponsible and reckless sell-out of police forces.

The latest blatant example of this sell-out is charging Atlanta police officer Garrett Rolfe, who shot and killed Rayshard Brooks, with murder before any investigation. Brooks, asleep at the wheel, partly blocking a Wendy’s drive-thru, was over the limit, resisted arrest, wrestled violently with the cops on the ground, overpowered them, stole one cop’s taser, ran, turned and fired the taser at Rolfe and was shot. Justifiable homicide without a doubt if Brooks had been white or in any non-degenerate universe.

Detective Frank Keller (Al Pacino) put the value of the police in perspective in Sea of Love, when responding (unfairly as it happens) to his love interest, Helen (Ellen Barkin) who, until then, had not known he was a cop:

Pretty bad, huh? It’s just too much for you. I mean, you let scum like that in here [her shoe shop] but my being a cop, that’s just too much, isn’t it? Let me tell you something about this. [Showing his badge] All these people in here, with their rocks and their furs … they get robbed, they get raped, I’m all of a sudden, their daddy. Come the wet-ass hour, I’M EVERYBODY’S DADDY!”

I love the last line because it is so true. Without the police we are ripe for plucking by thugs. There is no shortage of thugs. Look at the looters in the US.

Those who want to cripple the ability of police forces to do their job have evil intent. They want to strike at our safety (create chaos) in the hope that it will somehow lead them to power. I am not sure how, but then it is hard to know what goes on in their degenerate minds.

For the information of over-paid Premier League players there is no evidence in the US that police unfairly target African-Americans. The data shows that there is no systematic problem. None! Heather Mac Donald of the Manhattan Institute sets this out rigorously in The War on Cops (2016) and continues to make the case expertly to this day.

But here’s the rub. Democrats, the Left everywhere, and most of the media are not interested in data, in facts, in the truth. They have an agenda. Truth is its first casualty. Mouthing lies is their lingua franca and they are practiced. There are no answers to be found in their politics, only despair. Thus, they have only deception.

Will it work? Will a sufficient number of people be taken in? Well, they can certainly make you mouth lies to keep your job – but can they make you know what isn’t so?

Marxists, of course, believe that human nature is tractable; that we are creatures of our environment and therefore mouldable. Perhaps they are right up to a point. How else to account for those who remain glued to the ABC and accept any old rope as kosher. Nevertheless, I see plenty of evidence of young people surviving indoctrination with their minds intact. There is something God-given in the human spirit, I believe, that can’t be ever completely quelled.

Am I being too hopeful? Maybe. Sometimes I am less sanguine.

A test of my hopefulness will come this November. Will President Trump romp to victory, as he should? A harder test: will Republican politicians keep the Senate and take the House? As craven as many are, they should, if there are still enough sensible voters to measure them against the degenerates on the other side.

Yet another test: Will English Rugby Union fans ignore the powers that be and sing ‘Swing Low, Sweet Chariot’ even longer and louder. I hope so. We shall see.

The Ultimate Reversal of Fortune