China Matters: How to Buy Friends and Influence Policy 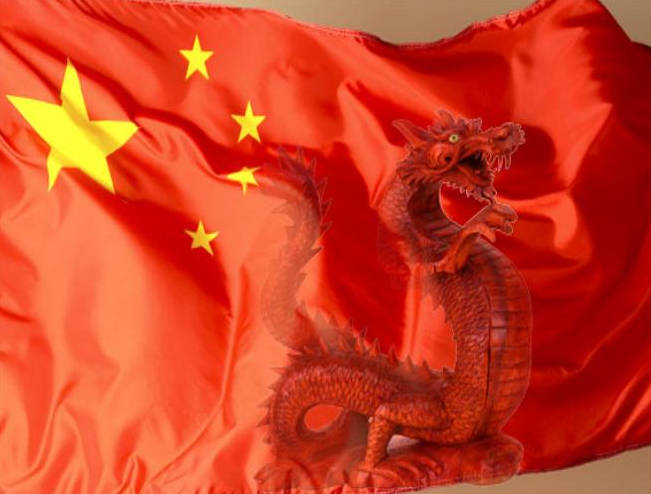 Just how deep and widespread is the influence in Australia of the Chinese Communist Party? This question has become even more acute with revelations about a major lobby group, China Matters, the board and associates of which boast a large number of highly prominent political, corporate, bureaucratic and academic leaders.

Equally important is the question of any double standards in the application of the Foreign Interest Transparency Scheme used notoriously in 2019 against Tony Abbott and a small conservative group.

A China think tank gifted $2 million by the taxpayer and backed by some of Australia’s most senior business leaders, diplomats and academics has had its [federal government] funding cut after concerns it was lobbying against Australia. — Sunday Herald-Sun (14/6/20)

China Matters is an organization fostered by some of Australia’s most senior bureaucrats, business leaders, academics, and diplomats. Nearly half of all its funding comes from taxpayer-funded government grants. However, it has reportedly fallen from favour in Canberra over concerns it was using these funds to boost Beijing’s agenda of global economic and political domination. The group’s latest financial statement, for 2019, can be viewed here.

At a time of unprecedented tension between China and Australia questions arise about the role played by such organizations as China Matters. Transparency about foreign influence has become crucial and it was to ensure this that the Foreign Interest Transparency Scheme was implemented in 2018. Its purpose is to provide the public and government decision-makers with visibility of the nature, level and extent of foreign influence on Australia’s government and political process.

The scheme is administered by the Attorney-General’s Department. It is notable therefore that, as the Sunday Herald-Sun reports,

a senior bureaucrat from the Attorney-General’s Department who administers the Foreign Interest Transparency Scheme has attended several China Matters events as a guest. 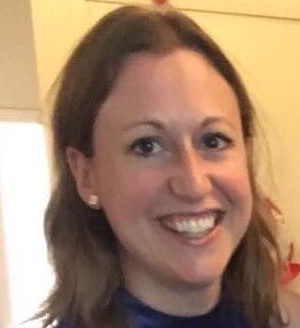 This person is Sarah Chidgey (right), who is pictured in the Sunday Herald-Sun as one of large group at a China Matters function. Chidgey is Deputy Secretary for the Integrity and International Group in the Attorney-General’s Department. She is responsible for a wide range of integrity, security, criminal justice, intelligence legislation, international law and international cooperation matters.

Indeed, as the paper reports, “She is the bureaucrat who wrote to former Prime Minister Tony Abbott asking him to register as an agent of foreign interest due to a speech he gave at a conservative political conference.”

Abbott had come to her attention after Labor’s Senator Kristina Keneally publicly suggested that conservative politicians who spoke at the Conservative Political Action Conference would be condoning the views of everyone there, including the ‘alt-right’, a conservative movement demonised by the left.

As Janet Albrechtsen reported at the time (“Shades of Stasiland in Attorney-General’s office”, The Weekend Australian, 1/11/19),

In her letter to Abbott, sent the day before he spoke [at CPAC] Chidgey told Abbott that, as a former cabinet minister, he has ‘a lifetime obligation to register any activity you undertake on behalf of a foreign principal’. The busy bureaucrat sent other letters during that week in August — to others involved with CPAC.

Chidgey sent a notice of demand to Andrew Cooper, a Queenslander who runs LibertyWorks, a small conservative organization, which co-hosted CPAC together with the American Conservative Union. Calling upon section 45(2) of the Act,

Chidgey demanded that Cooper provide documents to the department, including, but not limited to, any agreement, contract or other ­document detailing any understanding between LibertyWorks and the ACU, any invitations, letters or other correspondence from LibertyWorks or the ACU sent to individuals invited to speak or attend CPAC, copies, transcripts or video or audio recordings of speeches made by the speakers at CPAC, including of speeches by members of LibertyWorks or the ACU to introduce or conclude the conference or a specific day or event at the conference, summaries of topics covered by speakers at the conference, and material produced or distributed by LibertyWorks promoting CPAC or the ACU.

Cooper and LibertyWorks are not part of a sinister foreign conspiracy led by the ‘alt-right’. They became active in 2016 after the Australian Human Rights Commission initiated the notorious pursuit of three Queensland University of Technology students for making innocuous remarks about an indigenous-only computer lab.

In response to the demands, Cooper observed that “This is government overreach worthy of the Chinese Communist Party in Hong Kong, not a modern and free Australia.” Coopercontinued,

They demand I provide emails of ACU’s conversations with all CPAC speakers … How can I do that? It feels like the Stasi is holding me in 1950s East Berlin and I am being threatened with jail because I cannot provide them with information that I do not have.

With that background it is interesting to note the extremely high profile enjoyed by China Matters, with which Deputy Secretary Chidgey is associated. In particular, it would be vital, in the interests of transparency, to know whether she has issued similar notices to the people involved with China Matters. So, who are these people?

To begin with, there is a group of prominent MPs who enjoyed heavily subsidised all-expenses paid “study trips” to China. These include Labor frontbenchers Chris Bowen, Tanya Plibersek and Richard Marles, and Liberal backbenchers Julian Leeser and Ted O’Brien. In China they met Chinese Communist Party government officials and leaders of the Centre for China and Globalisation – “a think tank with links back to Beijing’s propaganda outfit United Front”, as the Sunday Herald-Sun reports.

As the paper continues: “47.76 per cent of China Matters’ funding comes from taxpayer-funded government grants, according to the latest charity filings, meaning the MP’s trips were heavily-subsidised by the tax-payer.”

Then there is the board of China Matters. This includes such influential figures as Graham Fletcher, Australian Ambassador to China; Stephen FitzGerald, former ambassador to China; Alan Gyngell, former director of the Office of National Assessments; Heather Smith, former secretary of the Department of Industry, Innovation, and Science; Michael Wesley, Deputy Vice-Chancellor (International) of the University of Melbourne; and Peter Hendy, former federal assistant minister and Liberal MP. Prominent business leaders on the board include Kevin McCann, former Macquarie Group chairman; mining businessman Andrew Michelmore; PwC partner, Andrew Parker. Academic Linda Jakobson, founding director of the organisation, also sits on its board.

Guests at various China Matters functions include Peter Varghese, the former secretary of DFAT and another ex-director general of the Office of National Assessments. He is now Chancellor of the University of Queensland. This has been criticised for its heavy reliance on Chinese students as a funding source, and is presently being sued by a student who was suspended by the university for his public protests over excessive Chinese influence at the university.

Another participant is the Chancellor of La Trobe University, John Brumby, the former Labor premier of Victoria. He served for eight years on the board Huawei, the gigantic Chinese telco that has been declared a major national security threat by many governments. Other big names that have spoken at China Matters public events include ex-foreign minister Julie Bishop and ex-defence minister Christopher Pyne.

Given the outrageous treatment received by an ex-PM and by the head of a small conservative organization over a conference, it must be asked if China Matters’ coterie of extremely prominent and well-connected persons has been issued with notices under the Foreign Interest Transparency Scheme. If not, the principle of transparency would require an explanation of how the decision was made to pursue Abbott and Cooper and others associated with CPAC, but not to pursue those associated with China Matters.

After all, one suspects that any foreign influence exercised over Australian public policy by the Chinese Communist Party through an organization like China Matters would dwarf that achieved by LibertyWorks!

The Ego Has Landed. Crashed, Actually