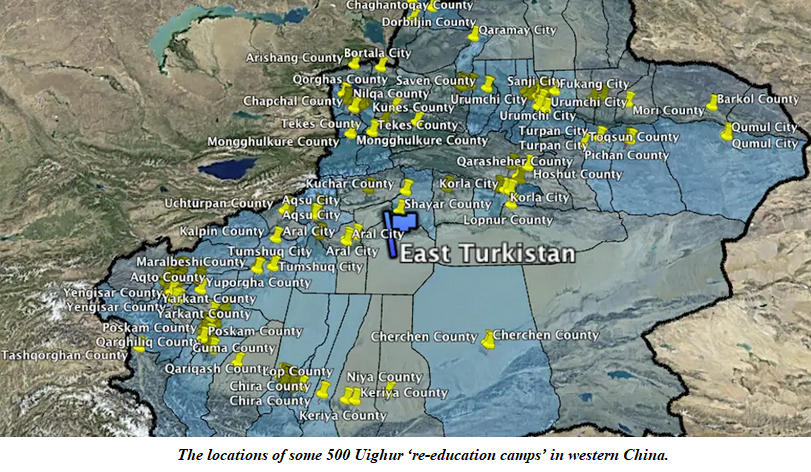 In its efforts to squirm away from the pandemic its secrecy, and perhaps its Wuhan bio lab, have inflicted on the world, a bellicose Beijing has flung accusations and insults in all directions. Australia has been hit with tariffs on our coal and beef exports, threatened with student and tourist boycotts and further derided, in the grand tradition of the mass-murdering Mao’s  burlesque turn of phrase, as “a giant kangaroo that serves as a dog to the US”. Not that we are alone as the object of China’s spite and truculence, with America accused on the basis of George Floyd’s death beneath a Minneapolis police officer’s knee of being a citadel of racism and violent intolerance.

Yesterday in Washington, the State Department responded with a statement it is impossible to imagine any administration but that of Donald Trump sharing with the world.

On the off chance that readers might be considering buying a Great Wall, a Havel, MG or LDV, or not checking which Bunnings wares are made in China and leaving them on the shelf, that statement is reproduced in full below.

The Chinese Communist Party’s callous exploitation of the tragic death of George Floyd to justify its authoritarian denial of basic human dignity exposes its true colors yet again. As with dictatorships throughout history, no lie is too obscene, so long as it serves the Party’s lust for power. This laughable propaganda should not fool anyone.

The contrast between the United States and the Chinese Communist Party (CCP) could not be more stark.

In China, peaceful protesters from Hong Kong to Tiananmen Square are clubbed by armed militiamen for simply speaking out. Reporters writing of these indignities are sentenced to long terms in prison. In the United States, law enforcement – both state and federal – brings rogue officers to justice, welcomes peaceful protests while forcefully shutting down looting and violence, and exercises power pursuant to the Constitution to protect property and liberty for all. Our free press covers events wall to wall, for all the world to see.

In China, when doctors and journalists warn of the dangers of a new disease, the CCP silences and disappears them, and lies about death totals and the extent of the outbreak. In the United States, we value life and build transparent systems to treat, cure, and underwrite – more than any other nation – pandemic solutions for the globe.

In China, when citizens hold opinions that diverge from CCP dogma, the Party imprisons them in re-education camps. And, when people – such as those in Hong Kong and Taiwan – with common roots in an awe-inspiring civilization that has endured for thousands of years embrace freedom, that freedom is crushed, and the people subordinated to Party dictates and demands. In the United States, in contrast, even amidst reckless rioting, we demonstrate our robust commitment to the rule of law, transparency, and unalienable human rights.

Beijing in recent days has showcased its continuing contempt for the truth and scorn for law. The CCP’s propaganda efforts – seeking to conflate the United States’ actions in the wake of the death of George Floyd with the CCP’s continued denial of basic human rights and freedom – should be seen for the fraud that they are.

During the best of times, the PRC ruthlessly imposes communism. Amid the most difficult challenges, the United States secures freedom.

The GOP’s Quest for a ‘Viable’ Contender