The Disgrace of Brave Men Denied 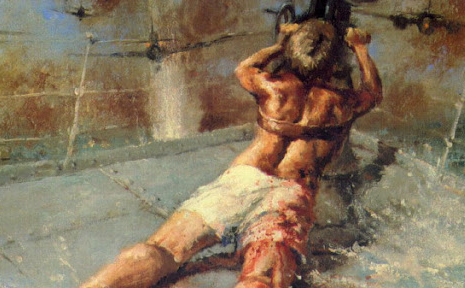 Why is the government refusing to listen to the recommendation of its own inquiry for a Victoria Cross for Teddy Sheean? If you want “evidence of manifest injustice” – what Defence says was not evident — then what do we call a WWII system that processed applications for RAN bravery awards through the United Kingdom, but those for the Army and RAAF within Australia? Manifest injustice indeed!

I gave evidence last year to the inquiry. They did their job very well. Yet from last week the government has denied its own tribunal, which has now come out fighting – and good on them.

Australians have received 100 Victoria Crosses: 96 to the Army and four to the RAAF. Sixty-four were awarded in World War I; and 20 in WWII. The Royal Australian Navy has never been awarded a VC. Below is the RAN’s account of the Tasmanian seaman’s last moments aboard HMAS Armidale in Darwin Harbour:

Shortly before 14:00 on 1 December 1942, Armidale, by then separated from Kuru, was attacked by no less than thirteen aircraft. The corvette manoeuvred frantically. At 15:15 a torpedo struck her port side and another hit the engineering spaces; finally a bomb struck aft. As the vessel listed heavily to port, the order was given to abandon ship.

The survivors leapt into the sea and were machine-gunned by the Japanese aircraft. Once he had helped to free a life raft, Sheean scrambled back to his gun on the sinking ship. Although wounded in the chest and back, the 18-year-old sailor shot down one bomber and kept other aircraft away from his comrades in the water. He was seen still firing his gun as Armidale slipped below the waves. Only 49 of the 149 men who had been on board survived the sinking and the ensuing days in life rafts.

Given the deserved retrospective decoration of Vietnam veterans of Long Tan, 50 years after the event, why is it not possible to recognise and remedy another injustice – that of the lack of a Victoria Cross for anyone from the Royal Australian Navy? Teddy Sheean’s is the most deserved, and it would go some way to remedy manifest injustice.

Imagine today if every approval for an Australian gallantry award had to be ticked off by someone in London. That was what our Navy had to endure in World War II.  The other two forces had their awards approved in Australia. Navies take a long time to grow, and ours had been “parented” by the RN. When war arrived, there was no time for revision. Fighting for its life against Germany and Italy, and later Japan, Britain was understandably under extreme pressure.

Unlike RN commanders, Australian warship captains were not allowed to recommend the nature of the award. There are at least five WWII naval personnel, and likely several more, who could have received a VC. 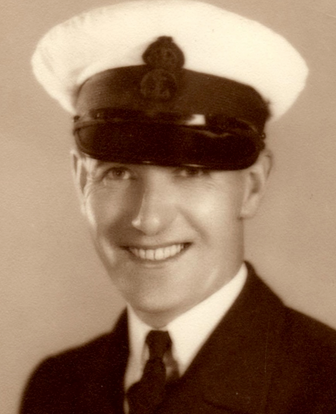 In some cases they received nothing at all. Three received what was called a Mention in Despatches (MID), not a medal, rather a badge, albeit a prestigious one. Many thousands of Aussies were awarded a MID before it was phased out in 1975.

But some of the bravest Navy personnel received no recognition whatsoever. Ship’s cook Francis Emms (right) fought at his machinegun against Japanese aircraft until wounded, later dying, aboard HMAS Kara Kara in Darwin Harbour on 19 February 1942. He received only a Mention.

Only weeks later, Captain “Hec” Waller (below) commanded HMAS Perth in battle until it was sunk, losing his life in the process. Fighting alongside the Australian cruiser, also sunk, was USS Houston. Her Captain Rooks received the very highest American award, the Congressional Medal of Honor. (Why do the Americans reward their people so much more readily?) In fact, no-one noticed Waller had not been recommended for anything at all, except when – ironically – someone from the RN in Britain post-war noticed the anomaly. The paperwork was hurriedly filled in, only 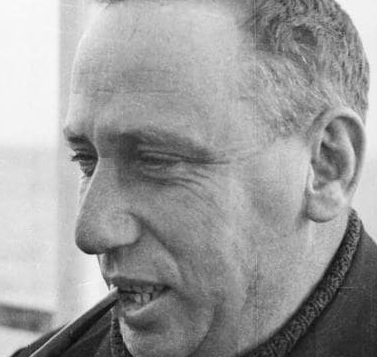 for Waller to receive just the MID.

And at the end of 1942 – surely a terrible year for the Navy – Teddy Sheean manned his 20mm anti-aircraft gun even as the corvette Armidale sank underneath him, having disobeyed the order to abandon ship in an effort to save his shipmates’ lives.

At least these three were given a MID. Others received nothing. Lieutenant Commander Robert Rankin (below), captain of HMAS Yarra, the sole escort of a small convoy, turned and charged the enemy in the shape of an overwhelming number of Japanese warships. The actions of “Buck” Taylor, gunner on one of the Yarra’s main guns, is 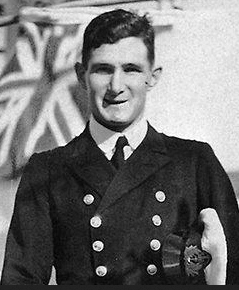 unrecognised despite the same bravery as Sheean – staying at his gun despite the order of abandon ship, so he could defend his shipmates. Rankin, Taylor, and the rest of the ship’s company received no recognition at all, as once again the paperwork was not done.

Compare that to the VC received for a 1940 Atlantic action where Captain Fogarty Fegen did the same thing. He took the sole naval escort, HMS Jervis Bay, into action against a German force, defending his convoy as his ship sank beneath him and he died. Why a VC for the RN and none for the RAN for a similar action?

The RAN in 1942 was in chaos, paperwork was not completed, the force was undermanned and terribly over-committed. If paperwork for the Yarra people was started, it was never finished. Hardly easy to follow up too, given the thousands of kilometres of separation between Australian and Britain, and with communications not what they are today. Indeed, one of the best known and most senior naval officers of the war, John Collins, who commanded HMAS Sydney in a cruiser action in the Meditteranean, found when he had an opportunity to inspect his own paperwork that it was a mess: “These files are far from complete. I hope that other officers’ files are not in the same state,” he wrote acidly. If one of the most senior Navy people noted that of his own records, what hope was there for lesser mortals?

An inquiry some years ago was not charged with examining the moral situation of the times, merely whether procedures were correctly followed. As a result, Yarra’s people still did not receive anything, and Sheean, Waller, and Emms have gone unrewarded beyond their MIDs – hardly the same as a Victoria Crosses they deserved.

The system the Navy endured in World War II is one of the most unfair ever perpetuated on Australian military personnel. It is more than time it was remedied. Sheean is the best known of the five – the award of a VC to him would at least symbolize the righting of the wrong. And now its own Tribunal has made the recommendation, the government should heed the findings of the inquiry it started.

Dr Tom Lewis OAM is a former naval officer and the author of 15 military history books. His work, Honour Denied, published by Avonmore Books, is an examination of the Sheean case. In 2017 he published The Empire Strikes South, which lists all of the Japanese air actions across northern Australia in WWII, including that which sunk the Armidale.

How To Be an ‘Economics Editor’

The Dumb Deal and a Presumptuous PM