That ‘Second Wave’? It Remains a Phantom 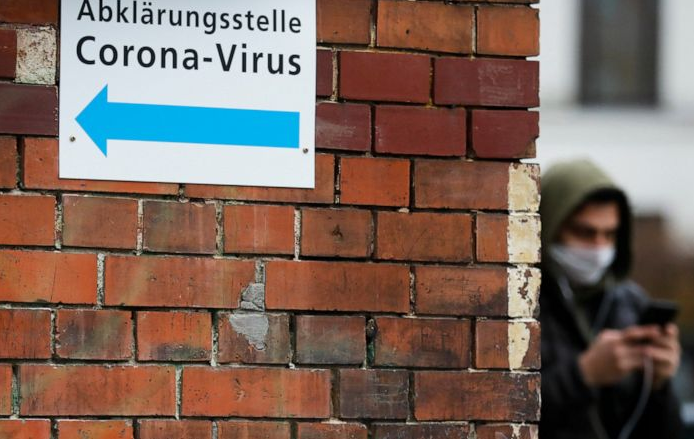 Recently, I have written extensively on the topic of the putative ‘second wave’ of Wuhan infections.   The reason the topic intrigues me is because it is the threat of this ‘second wave’ that government is using to keep unproven economic restrictions in place. We keep hearing about the ‘second wave’ in Singapore and Japan that should serve as a warning for us.  I have shown here and here  that those second waves are figments.  I have based my argument that this threat is ephemeral on the daily infection rate graphs of each country as detailed at the Worldometer site.

An article in Wednesday’s Australian gives me to wonder if that source is reliable.  Germany is now the cited as an example of a ‘second wave’ in the immediate offing:

Germany may be compelled to bring back elements of its lockdown amid signs that coronavirus cases could be on the point of starting to multiply again.

The country’s virus reproduction rate, which measures how many people the average person with COVID-19 infects, has rebounded to a value of 1.0, the dividing line between growth and decline, according to epidemiologists.

The chancellor has placed the reproduction rate, also known as R0, at the heart of her approach to the pandemic. Any value below 1 means that the number of cases will fall; anything above 1 implies an exponential increase.

“And if it’s 1.3, we hit the full capacity of our health system in June. So you can see how little room for manoeuvre we have.”

Two weeks ago, when Germany’s states agreed to partially relax social distancing rules, R0 had fallen to 0.7, from a peak of 1.3 in early April.

On Tuesday, however, the Robert Koch Institute (RKI), the government’s infectious diseases agency, said it had risen back up to about 1. [my emphasis]

That certainly caught my attention.  Had the no-second-wave case been discredited?  Maybe not.

Here is the daily infection rate graph for Germany:

There is a serious disconnect between the claims made in The Australian article and the graph.  On 2nd April, Germany recorded 6813 new cases.   Since then it has recorded a steady overall decline (albeit with fluctuations on a daily basis) to around 1154 on 28th April.  You can clearly see that since the 23rd April there has been a decline in new cases except for a blip on 28th April.

The article states “on Tuesday R0 had risen to about 1’.  I’m guessing that would be Tuesday 21st. Since that was the start of a upward trend, over four days, from 1388 to 2411.  But after that we have another decline to 1154 cases, the second-lowest tally in the record. This clearly suggests a R0 of less than 1 – it is certainly not 1 as that would show a linear increase, which would have to be for at least a week, I would imagine, to have any statistical significance.

Which to believe?  That’s a tough one.  Worldometer, whose provenance is described here?  Or politicians, whose main aim seems to be to foster and preserve a legacy of saved lives at the cost of a ruined economy — as if saving lives and the economy were mutually exclusive.

No doubt this will be more grist to the mill of the health bureaucrats to whom our governments seem to be in thrall.  How long will it be, do you think, before we hear PM Morrison or Health Minister Hunt quoting Germany as another example of the ‘second wave’.

Although he doesn’t specifically refer to any one country, Greg Sheridan had a very pessimistic article  in The Australian which, inter alia, talks about second and third waves, citing, principally, the experience of the Spanish flu.

Now, I’m not saying we won’t get a second wave, although I note that technology and processes have advanced considerably since the days of the Spanish flu and we haven’t seen that devastating second-wave effect with any of the more recent pandemics such as SARS, MERS etc.  What I am saying is that if it does happen it won’t be because it’s happened in another country.  We already know that the responses and experiences from country to country are vastly different although, ultimately, in each country the virus will take its course regardless.

When we are talking about this so far hypothetical event,  can we please discard the alarmist term ‘second wave’? With what we have already done it will be no more than a resurgence and eminently manageable, even if the most stringent restrictions we have in force are no more than keeping ones distance and appropriate hygiene measures.