Our Season of Docile Compliance 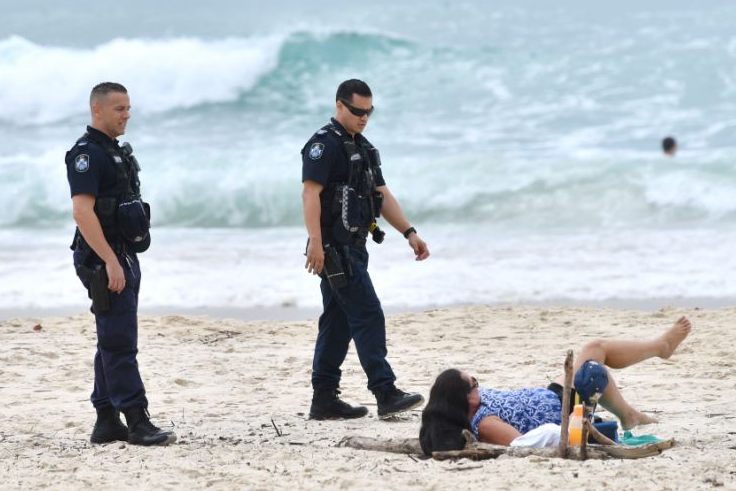 Does anyone feel like me? More aggrieved and irritated at the behaviour and demeanour of politicians loosening restrictions than when they were imposing them. ‘We in our magnificence deign that you can now congregate in larger groups than two, five, or ten, provided you remain distant from each other, constantly wash your hands, sneeze into your elbows, and don’t stand up in pubs or restaurants or hang about too long. And none of that dangerous singing in church, if we ever allow you again to partake of those primitive rituals.’

At the same time, I have to say that journalists who know what’s best for us run politicians a close second in the irritating-beyond-words stakes. Best not to speak about the unspeakable – public health officials. Is there any group of people more blinkered, less empathetic? Haven’t come across one.

Just opened my Weekend Australian at the op-ed page.  Gerard Henderson is there, hurrah. Then we have (to me) the insufferable PVO, Katrina Grace Kelly telling us that “home sweet work is the new normal” and Fiona Harari telling us that “keeping our distance is not natural but it’s for our own good.” Yuk!

Consolingly, perhaps, I have no doubt that it is worse in Britain, as it is with global warming alarmism. Below is Gal (Ray Winstone), living idyllically in Spain in the movie Sexy Beast, explaining why. Incidentally, Ben Kingsley playing the menacing Don Logan is yet to make his appearance.

People say, don’t you miss it, Gal? I say, what, England? Nah, f***ing place. It’s a dump. Don’t make me laugh. Gray, grimy, sooty. What a shithole. What a toilet. Every c*** with a long face shuffling about moaning, all worried. No, thanks. Not for me.

I am reminded of this monologue whenever I tune into the debate about whether and when the Premier League in England should resume. Never is it the case when someone can’t be found to issue a doom-laden warning or to express craven fear. The mayor of my old hometown, Liverpool, warned that games behind closed doors, stadiums empty, were dangerous because fans might gather outside without socially distancing. By the way, I love the place and Liverpool FC, but any mayor of Liverpool would, by definition, be bolshie.

If he had common-sense, he would realise that fans would be glued to their TVs not congregating aimlessly around stadiums. But then if you can moan, why not moan? Here is Danny Rose, on £60,000 a week, currently playing for Newcastle: “Government is saying ‘bring football back’ because it is going to boost the nation’s morale. I don’t give a f*** about the nation’s morale, bro, people’s lives are at risk.” Here is Sergio Aguero, on £230,000 a week (no, not a misprint), currently playing for Manchester City: “The majority of players are scared because they have family, they have children, they have babies.”

You have to wonder about those ordinary Joes and Jills working in supermarkets. Do any of them have families, children and babies? And what do they earn? About $720 per week here in Australia, about £445 in the UK. And there they are going to trenches each day, risking life and limb. What does it mean? I don’t know, but it must mean something.

To be fair, maybe death holds more threat if you have more material wealth to leave behind. A reading of Ecclesiastes and Marcus Aurelias would be beneficial. Death is on its way and quickly to us all, no matter how wealthy. And, no, each COVID-19 death isn’t tragic. Denial of mortality seems to be one of the offshoots of the self-imposed crisis. Much disappointment is in store.

What do governments, health officials, journalists, naysayers and moaners feed off? Fear is the answer. Tell people often enough that a deadly and virulent contagious disease is about and you will frighten lots of people into compliance. Heck, the AIDS Grim Reaper ads in the latish 1980s convinced me that I had symptoms without having done anything to ‘deserve’ them.

This Wuhan disease is wielded by the powers that be like an AK-47. Only conservatives have the philosophical wherewithal to keep perspective. I like to think those risk-taking supermarket workers and others like them are all conservatives. Alas, probably not. They should be. Conservatives live in truth. And the truth is that there is no evidence, not a shred, that lockdowns work. While it is evident that lockdowns destroy lives.

Locking down healthy people is an untested revolutionary way to treat an epidemic.  Like lots of revolutions it has led to despotism. And to a despotism whose characteristics have not been seen before. On mere whims, political leaders enforced selective 24-hour curfews, prevented people from visiting their relatives, from gathering at churches, from gathering at all, from sitting in cafes, from sitting in parks and walking on beaches, from opening their businesses and their children from attending schools. Did Nero, Robespierre, Hitler, Stalin, Castro, Mao, Pol Pot or Pinochet ever dream of such power? Did they ever dream of having such meekly compliant populations without wielding the threat of torture and death?

Not for the first time Dr Fauci, darling of Democrats, made the point at the US Senate hearings (May 12) that he was a public health expert and could not pontificate on economic matters. I find it irritating that I can find no instance of a follow up question, anywhere at any time, asking whether he has done any work on the effects on public health of the lockdown.  Ditto for all of the blinkered public health experts around the world. Mind you, in these strange times, what is just one more irritant.

PS: “We can’t stay locked down for such a considerable period of time that you might do irreparable damage and have unintended consequences, including for health.” Fauci recants on CNBC on May 22. Whether, as Galileo, he was shown instruments of torture was not revealed. In any event, too little too late, methinks.