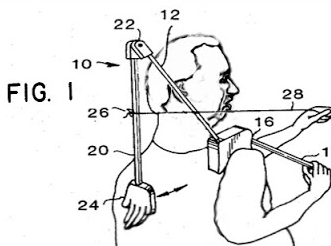 Has there ever been a more ill-informed, recklessly destructive example of public policy in the history of mankind than the Great Lockdown? Well, of course there has. Mao’s Great Leap Forward cost tens of millions of lives. Stalin’s Great Purge cost a million lives or thereabouts. So, there it is, Morrison, Trump and Johnson et al can take comfort in not wreaking as much harm as have past despots. Consolation indeed! As David Richards and Konstantin Boudnik  put it in The Telegraph

Imperial College’s modelling of non-pharmaceutical interventions for COVID-19 which helped persuade the UK and other countries to bring in draconian lockdowns … could go down in history as the most devastating software mistake of all time, in terms of economic costs and lives lost.

Public health experts can rest easy. Sure, their bodgie, overblown predictions caused governments to rain down devastation on pliable populations. but they will never be brought to account. Governments have a vested interest in maintaining the fiction that countless deaths were saved by following their experts’ advice.

Trump often cites a figure of 2.2 million Americans dead but for the lockdown. This number, a completely made-up fiction, comes from Neil Ferguson and his Imperial College (IC) team. Ferguson has a reputation for epidemiological alarmism burnished now with a reputation for eschewing social distancing in the cause of fornication.

Quite aside from any flaws in the innards of epidemiological models, the problem with predictions about new contagious diseases is that data is inevitably wanting. Data is wanting precisely because the disease is new. How contagious is the disease? How is it transmitted from one person to another? How deadly is it? How many are susceptible to being infected versus those not susceptible? What profile does the disease have among different population groups – by age, by ethnicity, by sex, by the range and severity of pre-existing illnesses? How many who contract the disease are asymptomatic or suffer only mild symptoms? How long had the disease been circulating prior to it being recognised?

None of this information was known – and most is still not known – when Ferguson issued his IC report on March 16 and when other epidemiological modellers issued their reports. Modelling can’t work with unknowns. Assumptions or, if you like, guesses take their place. To wit, let’s see, what misinformation we can extract from Wuhan, feed it in, get ourselves on the front pages, and scare the bejesus out of the nincompoops who run governments. What a lark!

Take one vital unknown. How long had the Wuhan virus been circulating in Europe and in America before it provoked a public health reaction? There are suggestions that it may have been around as early as November. “Sweden’s state epidemiologist Anders Tegnell says he would not be surprised if Sweden – like France – had isolated cases of coronavirus as far back as November last year.” If this is so, and if it is as transmissible as Dr Fauci and others like him claim, then it probably has already done its worst. The lockdowns came too late. In any event, there is not a shred of evidence that the utterly perverse, inexplicable and mindlessly destructive policy of locking down healthy people actually works.

Incidentally, why did we in Australia get off so lightly in comparison with most other countries. Certainly, we don’t get any sensible explanation from the federal government, too busy claiming credit for our low death rate — backed by the media, these days heavily populated with partisans and halfwits. “Sweden’s so-called herd immunity approach of allowing the virus to spread through the working-age population has taken a huge toll; its death rate is 70 times our own,” opined a lobotomised leader writer in The Australian of May 2.  Sheer baloney, of course.

Maybe it’s a summer effect and we have that dreaded spike to contend with in winter. Hope not. Scrooge McDaniel Andrews would be in his element closing Victoria down again for Christmas.

At some point in the near future there will be a postscript to this insane period in the life of nations. However, whatever damning evidence of their incompetence comes to light, epidemiologists will not be tarred and feathered and consigned to living out their days in sackcloth and ashes, which is their due. Instead they will be lauded and medalled by the political class for their life-saving perspicacity and prescience.

Politicians can do no other, self-exculpation being in their DNA. They must be seen as life-savers not life-destroyers, which is what they really have been about. And, in this case, they will write the history. Opposition politicians are onside, the media is onside, academia is onside. Truth telling, a niche activity, will be buried by the avalanche of mythology.

I Didn’t Vote for Tyranny. Did You?