In Victoria, Liberty Waits for September 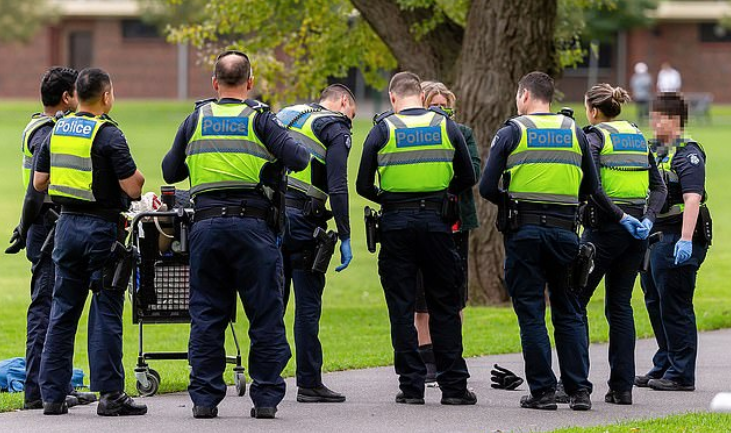 We’re hearing that word a lot in Victoria at the moment as we adjust to life in a police state. There is no doubt  we have faced a severe health threat from COVID-19. But what started out as a goal to “flatten the curve”,  has quickly turned into an unprecedented, overreaching encroachment of human rights by the government of Premier Daniel Andrews.

Just two weeks ago, Dear Leader Andrews passed the aptly named ominous Omnibus (Emergency Measures) Bill giving himself extraordinary control over the state until the end of September. If he wants to justify and hold on to this unprecedented grab for power, we are facing heavy restrictions for many months to come.

Our supposedly independent and neutral, Victorian deputy chief health officer, Annalise van-Diemen, showed her true colours with her petty and historically inaccurate tweet likening explorer Captain James Cooks first voyage to Australia with the impact of the Coronavirus. This, however, not only trivialised the severity of the pandemic, it cast substantial doubt on her ability to make decisions independently of her radical ideology. 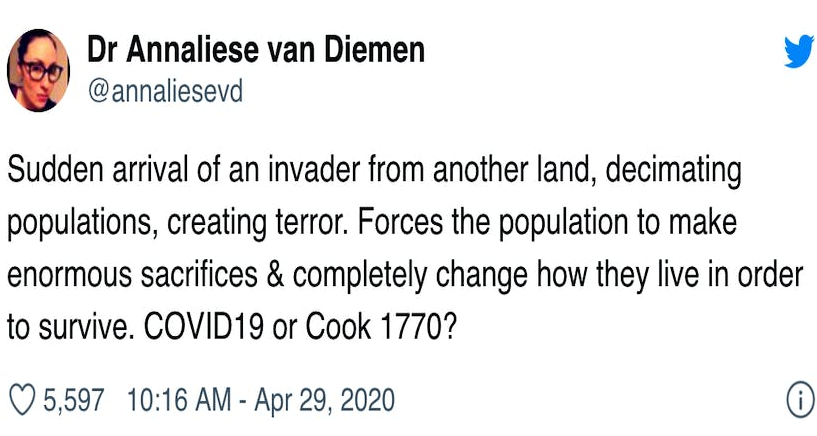 Now knowing that Dr van-Diemen is a left-wing ideological warrior, we should be questioning her decision-making process which has led to some of the harshest and most inconsistent laws in the country.

I can catch a train, visit a shopping centre or stroll through a packed hardware megastore, but I can’t visit an empty church and pray in the presence of God, sit quietly on a park bench, fish in peace or escape with my family to a quiet campsite.

All of these currently forbidden activities are essential when it comes to health and wellbeing and involve far less risk to the spread of the virus than the government-approved list of activities. Yet, Victorians face a hefty fines, which can run to as much as $20,000, for undertaking them.

We have flattened the curve, as the latest charts and figures demonstrate beyond doubt, but for many living under the authoritarian rule of the government in the Democratic People’s Republic of Victoria, the darkest days are yet to come as unemployment rises, financial uncertainty sets in, and the strain of being confined to our homes takes a devastating toll. Is it any wonder health authorities are bracing for a cataclysmic mental health crisis across the state?

For the 13 million Australians who identified as persons of faith at the 2016 Census, having the freedom to practise their beliefs and access spiritual support has never been more important. It is in times of crisis we see just how necessary this right is.

There is simply no reason for people to be denied access to their church for private prayer or services. Nor should they be banned from sitting on park benches, fishing, camping or making use of any other recreational outlets that improve overall health and wellbeing. All of these activities can be undertaken with reasonable precautions and social distancing in place. Yet diktats handed down from Spring Street, presumably by those who share Ms van Diemen’s mindset, declare such activities and recreations beyond the pale.

Our freedoms, enshrined in both the Constitution and the Victorian Charter of Human Rights and Responsibilities, are under serious threat when decisions exerting unnecessary control over the public are being made, judging by the gross inconsistencies, on the strength of whim and caprice. Victorians should be very concerned that these rules are not only being imposed without the scrutiny of parliament but also without any scientific or medical basis.

All governments across the nation have each done a tremendous job in containing the virus. Now that the curve has flattened, Daniel Andrews must move with the rest of Australia, reopening and rebuilding the state which starts, of course, with the reinstatement of our freedoms.

An apology wouldn’t hurt either.

7 thoughts on “In Victoria, Liberty Waits for September”

At the End of Our Rope