Experts Damned by Their Own Research 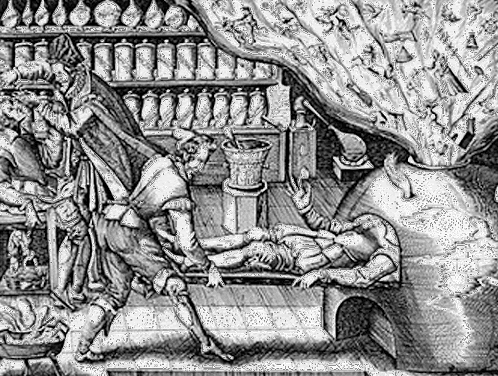 Our conclusions, to a degree, are encouraging for ongoing pandemic planning efforts in the US that emphasize the potentially key role that might be played in a future pandemic by exactly the sort of public health measures used in 1918′ (emphasis mine).
–Neil Ferguson

These closing remarks aren’t exactly beaming with confidence. Yet this is the conclusion of Neil Ferguson’s 2007 publication on the public health interventions during the 1918 pandemic, the same leading expert whose advice and epidemiological models has greatly shaped and influenced the pandemic responses of both the U.S. and U.K.

Ferguson and co-author Martin C.J. Bootsma compared data from 16 cities during the 1918 influenza outbreak and cautiously argued there is correlative evidence that the mortality rate can be reduced by up to 25 per cent through non-pharmaceutical interventions.  One might imagine that such a study could recommend what specific public health measures might play a “key role”, such as closing schools or banning public gatherings, except that the authors openly admit their research offers no insight into any specific measures but only  “overall reductions in transmission caused by the whole range of control measures used.”

Moreover, the authors acknowledge serious limitations to their research:

Extrapolating from 1918 to the present day requires great caution; the U.S. of 1918 was a very different place from today” and that, “we cannot exclude the possibility that there may have been some other factor that varied among cities, and that might have been partly responsible for the observed variation in overall mortality.

These cautions do not negate the possibility that public health interventions can be beneficial.  But when the hypothesis asks, “Do public health interventions lower the mortality rate during a pandemic?” and the corresponding answer is, ‘Yes, maybe, possibly, but we cannot really know which measures might work’, it is safe to say the evidence is far from conclusive.

By now, many have heard of Ferguson’s original grim predictions of more than two million Americans dying from COVID-19 if serious interventions were not undertaken.  Even though Ferguson subsequently and drastically reduced his original estimates, what is rarely mentioned is that his model claimed that over one million Americans would die even with “the most effective mitigation strategy”.

So, on what evidence does Ferguson base his “mitigation strategy”?  Certainly he is not relying upon his own pandemic research.  He openly admits that his study didn’t even attempt to measure the effectiveness of any particular intervention.  And his guidance on more recent outbreaks is shaky, to say the least.  He estimated that 2-7 million people would die from the bird flu.  The final tally was 455.  He compared the 2009 swine flu to the 1957 flu outbreak that killed more than a million people worldwide, but only a little over 18,000 died of the former. To his credit, he did accurately predict that the 2002 Mad Cow Disease outbreak would claim between 50 and 50,000 lives.  The total fell right within his range at 178.

Is this really the guy who not only advised Britain, but also provided Dr. Anthony Fauci in the US with the fuel to convince President Donald Trump to shut down the country?  Considering that Fauci publicly displayed Ferguson’s graph and  that Trump repeatedly insists two million lives have been saved, it is reasonable to assume Ferguson’s unreliable model was one of the primary sources Fauci used in his successful lobbying bid to make the lockdown mandatory.

In fact, Fauci is himself guilty of at least one egregious overestimation.  In 1986, he predicted that upwards of a million people in the US would die from AIDS by the mid 1990’s. But even granting Fauci the extra 25 years to reach that estimate, the actual number still falls short — 700,000 deaths to date.  On the other hand, Fauci was one of the main voices cautioning against overhyping the potential for a bird flu pandemic in 2006, and he seems to have been relatively restrained in making any predictions regarding other outbreaks. Of course, this poses the question as to why he has been so quick to offer predictions for COVID-19.

While most of Fauci’s research has focused on HIV/AIDS, he did publish a few studies regarding the 1918 Spanish flu pandemic.  In one paper, he admits “questions about the efficacy of some of the measures remain,” but still believes “standard public health measures might be beneficial in a future pandemic”.  In another paper he suggests “case-fatality rates…could be prevented with aggressive public-health and medical interventions”. By way of support for that contention he provides noevidence whatsoever.

Finally, in his most cited paper, he has no interest in analyzing social distancing measures.  Instead, he argues that since the vast majority of deaths in 1918 were attributed to secondary bacterial infections, rather than the flu itself, stockpiling antibiotics will be crucial to any future pandemic.  Yet now, for all the talk about stockpiling ventilators and personal protective equipment (PPE), Fauci has said relatively little about stockpiling antibiotics, even though it appears that up to 50% of COVID-19 deaths are from secondary bacterial infections.

Fauci and Ferguson do, however, cite another influential study by  Dr. Howard Markel, an originator of the universally recognized “flatten the curve” slogan.  Markel and his team analyzed the interventions of 43 US cities during the 1918 pandemic, focusing primarily on the three most common interventions: school closings, bans on public gatherings, and isolation/quarantines.

While Markel and his co-authors conclude that cities which “implemented nonpharmaceutical interventions earlier experienced a lower total mortality”, they do acknowledge that there were two statistical outliers in that, “Grand Rapids and St. Paul performed well without early or long intervention.”  They highlight New York City as having “the lowest death rate on the Eastern Seaboard” and award St. Louis as best overall (even though other cities they analyzed had similar, if not better, fatality rates).

Markel does offer a humble caution: “We acknowledge the inherent difficulties of interpreting data recorded nearly 90 years ago and contending with the gaps, omissions, and errors that may be included in the extant historical record.”  In fact, Dr. Michael Osterholm, Director of the Center for Infectious Disease Research and Policy, has argued that Markel’s analysis of both New York City and Chicago are seriously flawed.

Osterholm’s concern is that not only did NYC decline to close schools or ban public gatherings in, it didn’t even enforce quarantines:

And the two people in charge of the city’s Spanish flu response, Royal Copeland and Louis Harris, admitted to NYC physicians that they did not recommend any interventions.  So, if NYC performed better than any other city on the US eastern seaboard”, this now begs for explanation since several other cities did implement interventions but still fared worse.

according to the Chicago health department’s 100-plus-page…which is not in Markel’s bibliography, only two actions were taken on day minus-2: The state banned public funerals and the city issued orders for teachers to inspect schoolchildren.”  Obviously, these measures do not fit Markel’s three standards.  Chicago is yet another outlier that runs contrary to Markel’s hypothesis.  Osterholm writes that such crucial mistakes raise “serious challenges to the scientific integrity of what Markel and colleagues have reported…which in turn raises important questions about the overall results of their study.

This is Fauci’s go-to research for understanding pandemic interventions!

Worse still, America’s “most trusted public official”  has been less than candid about his own opinion on the fatality rate of COVID-19.  In a study published on March 26th, Fauci wrote that the fatality rate was “considerably less than 1 per cent” due to the high number of asymptomatic and minimally symptomatic cases.  He noted that the outcome of this virus would probably be more akin to a severe seasonal influenza (0.1% fatality), or the flu outbreaks of 1957 and 1968.

Yet, the very next day, Fauci repeated to the media that the death rate for the virus was “at least 1 per cent”.  However, even before Fauci’s paper was published, there was an abundance of evidence from China, South Korea, Japan,  Italy, and Iceland that asymptomatic carriers represented a very large number of cases.  He even testified to Congress on March 11 that there was a high number of minimally symptomatic cases.  But it wasn’t until early April that Fauci admitted that up to 50 per ent of carriers are asymptomatic.  Did he change his mind about the fatality rate, as recorded in his paper, only to change it back a couple of weeks later?

Fauci is welcome to admit that he simply does not know, as he has confessed during previous outbreaks.  But these curious inconsistencies should raise eyebrows.  The truth is that pandemics are so notoriously complex and minimally understood that Fauci and his colleagues openly admit that, “Today, nearly a century after the historic 1918 influenza pandemic, its mysteries remain largely unexplained.”

This, believe it or not, is the “hard science” by which our own experts have mandated devastating nationwide lockdown measuress that include shutting the doors of millions of business, sequestering people in their homes, forbidding non-essential medicine, closing churches, schools, playgrounds and parks, and ultimately prohibiting any meaningful diversion, save for binge-watching Tiger King.

It should be mentioned that even Ferguson’s paper on the 1918 pandemic argues for “an optimal middle ground”, which is neither too lax nor too strict.  Indeed, his top four cities all saw a second outbreak because “control measures may have been…too effective”, not allowing for the minimum level of herd immunity.

So why have the experts been so quick to dismiss Sweden’s alternative approach of closing schools, banning large public gatherings, and quarantining the sick, when it actually appears far closer to the guidelines that they previously endorsed?  It is altogether possible that Communist China has offered the response to which our experts now subscribe.

But don’t worry,  if all of this proves to be a colossal mistake, Dr. Neil Ferguson’s conflicting coronavirus advice will no doubt make its way to the top of all mainstream media headlines,

We emphasise that [it] is not at all certain that suppression will succeed long term; no public health intervention with such disruptive effects on society has been previously attempted for such a long duration of time. How populations and societies will respond remains unclear.

Let me recap Ferguson own words. He says it is is “not at all certain” this global lockdown will “succeed”!  Worse, it is “unclear” how such measures will affect society!

Translation: Ferguson has no idea how any of this is going to play out.  To be sure, his hypothesis theorises that excessive social-distancing measures will be of some benefit.  And the test case for his experiment is any nation that is currently enforcing his “mitigation strategy”.

Just don’t expect Mr. Ferguson to include himself in the experiment because violating the lockdown rules in order to have sex with a married woman who lives in a different household certainly qualifies as breaking his own rules.