Comrade Dan Does Not Believe in Song 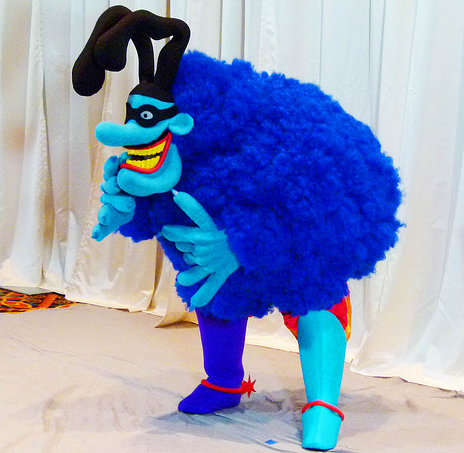 Here, in Australia’s state of Victoria, we have since mid-March been subjected to a mounting list of bizarre laws to protect the citizenry from a viral pandemic.  Our capital city, Melbourne, once was renowned for its expertise in viral research.  Back in 1960 a scientist at our then chief university, Professor Sir Frank MacFarlane Burnet, was awarded the Nobel Prize for his ground-breaking work upon viruses.  But trawl through his extensive publications, and nowhere will you find warnings against the many activities now linked with nurturing and spreading viruses.

Beginning last March, golf was banned, fishing was banned, drinking coffee in a café was banned, sitting on a park bench and reading was banned, playing chess with a friend at a social club was banned, going into church and praying was banned.  Why?  Because according to our present government’s medical experts these activities will nurture and spread COVID-19.  Even public swimming pools were closed because the dreaded COVID-19 virus is immune to chlorinated water!  Yep, those pool chemicals used to sanitise water, killing off bacterium and virus alike, were judged ineffective on COVID-19.

Daily the list of our forbidden activities has grown, and grown, and grown.  Going for a surf with family members on a sunny day was banned.  Taking your teenage daughter for a practice drive in a car was banned.  Letting infants run around in the neighbourhood park was banned.  Allowing children to ride their tricycles on the pavement in your street was banned.  Indeed, taking the little ones to visit their Nana on Mother’s Day was banned on direct orders of our premier, Daniel Andrews.  All because these activities are said by government experts to nourish and spread the rapacious COVID-19.

Actually, anything that is fun and enjoyable seems to be declared an unhygienic threat to public health by our Premier’s special experts.  Like Sesame Street’s Oscar the Grouch they delighted in spreading unhappiness and gloom.

Of course, there were many doubters who have wondered if the medical science is credible, and speculate about covert political agendas.  Premier Dan has been likened to Robespierre and Cromwell, his new laws compared to those of North Korea and various Soviet satellites during the Cold War.

Now, in the past few days, some of his laws have been relaxed, but new ones introduced.  The Victorian government has ordered that as people previously in home imprisonment are allowed to furtively return to their workplaces they must not talk loudly, greet others with enthusiasm, or sing.  Because that will nourish and spread COVID-19 in the workplace.  Likewise, places of worship have been ordered to bar anyone who enters to pray from singing hymns or reciting psalms.  Because, again, that would nourish and spread COVID-19.

But do deadly viruses really thrive on loud talk, happiness and song?  It this law stupid?

Those of us of a certain generation will remember encountering similar laws during the fraught summer of 1968.  That was when cinema screens filled with the animated feature film The Yellow Submarine.  It told a grim story of Pepperland, which had been invaded by the violent and tyrannical Blue Meanies who made happiness illegal, and strictly forbade all singing.  However, four likely lads from Liverpool, the Beatles, used their magical submarine to travel to Pepperland where they defeated the repressive Blue Meanies by singing.

As for current events, we should disregard historical tyrants, because it appears Daniel Andrews is modelling himself on “His Blueness”, the Great Blue Meanie.  Notice how, besides banning happiness and no longer wearing a tie about his neck, Dan now messes his dark hair and always wears a blue suit!  Exactly like “His Blueness”.  Meanwhile his two medical experts are behaving like the characters Max Meanie and the ruthless Blue Glove, stamping out joy and song where ever they encounter it.  Is it coincidence that dour-faced police members, who now patrol our streets on the watch for people having fun, wear blue uniforms?

I propose that we combat Daniel ‘Blue Meanie’ Andrews by happily singing in public, the more joyfully the better.  Reclaim our streets by striking up “She Loves You”, “Lucy in the Sky with Diamonds”,  and “Yellow Submarine”.  Come on, let ’em have it!

The Left’s Decency, Down For The Count

How the High Court Redefined ‘Absolutely’