A Plague of Authoritarian Fat-Headedness 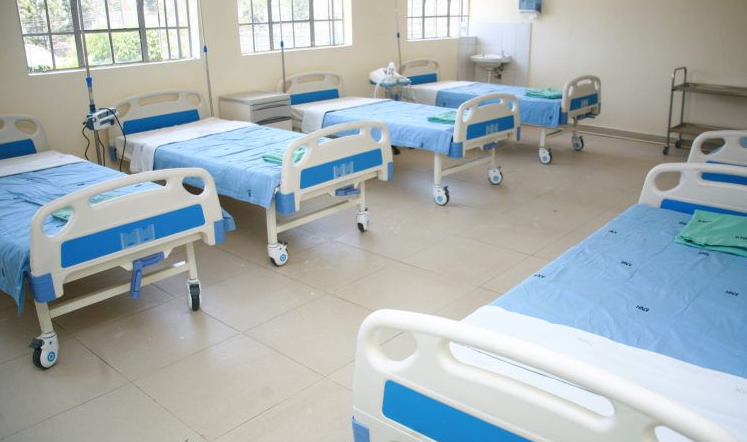 “We are going to find out just how strong we are,” the Prime Minister said some time back. Well, let me tell you, Mr Morrison, you know nothing of the struggles of ordinary Australians thrown out of work; of their spouses, of their children. You are not one of them. He should have said we are going to find out how strong you people are who I am going to throw out of work and whose businesses I am going to crush. Now that would have been on the money.

“We are all in this together,” is another annoying trope polluting the airwaves, delivered by people who are distinctly not in this at all. I imagine instances of depression and suicides must spike each time it is replayed – ad nauseum being an appropriate descriptor. When I hear it coming, I mute my TV and recommend you do the same, if you value your sanity and peace of mind.

Apparently, Scott Morrison’s popularity has soared along with that of most premiers. I don’t share in the adoration. Mr Morrison showed himself to be an authoritarian by nature in his dismissive reaction, when Treasurer, to objections to his impoverishment of tens of thousands of part-pensioners, and to his capricious taxation of the major banks. The latter providing an attractive template for future Labor governments. And, true to form, he appeared ready to make his intrusive and probably useless app compulsory before backing off.

I have said it often enough. The blunderbuss policy instituted by the Australian government and by most governments was reactive and overblown. No proper and rigorous consideration was given to the consequences; to the joblessness, to the misery and to the health and wellbeing problems it would cause. But I am sick of me saying that.

Over to professors Gershon and Lipton from the Jerusalem Business School and Professor Levine from the School of Public Health, all at the Hebrew University. The pointed title of their research, published on April 23: “Managing the Covid-19 pandemic without destructing the economy.” A sensible aim indeed; too sensible evidently for those in charge. This is a small part of what they say:

We analyse an approach to managing the COVID-19 pandemic without shutting down the economy while staying within the capacity of the healthcare system. We base our analysis on a detailed heterogeneous epidemiological model, which takes into account different population groups and phases of the disease, including incubation, infection period, hospitalization, and treatment in the intensive care unit (ICU)…The main conclusion is that countries, which enforce reasonable hygienic measures on time can avoid lockdowns throughout the pandemic provided that the number of spare ICU beds per million is above the threshold of about 100.

On these figures Australia would require around 2,600 ICU beds. So far as I can find, having ramped up, we have 7,000 of them. More than enough. What is interesting though is the outlandish modelling guiding decisionmakers. “IMPACT OF COVID-19: Theoretical modelling of how the health system can respond,” was issued by the Australian government on April 6, though the modelling would have been done earlier.

The initial modelling shows a scenario of an uncontrolled outbreak. In that scenario, peak daily Intensive Care Unit (ICU) bed demand is 35,000, which would greatly exceed Australia’s expanded capacity of 7,000 ICU beds. With isolation and quarantine, demand is reduced to 17,000 ICU beds at its peak, still well above expanded capacity. With isolation, quarantine and social isolation daily demand is reduced to below 5,000.

Notice the last bit. Below 5000? According to Worldometer there are currently (May 1) 34 people in Australia in a serious or critical state. Are the modellers still employed? What earthly use are they? Or, more pointedly, what a menace they are?

Jon McCloskey writing in The Federalist on 27 April sums it up for me.

For COVID-19, the relevant question is not, “How many people will die?” a divisive and impossible question to answer, but “What can we do to avoid, reduce, and mitigate this disease without destroying our economy and civil rights?

To reiterate, I suspect that this question was never asked and certainly not seriously considered by the powers that be. Best to remember that our prosperity and freedom are linked not only to our peerless Judeo-Christian culture but also to our political system, within which government is challenged at every step by a forceful opposition. Predominantly, in this case, whatever the restrictions on freedom imposed by governments, they will be supported by political oppositions and questioned only as to whether they go far enough. Effectively, we are witnessing the authoritarianism and fat-headedness of one-party states.

Mediocre politicians no longer constrained by rules of engagement have been freed to demonstrate untrammelled incompetence. I go too far, you say. Really? Take the deadly experience of those in nursing homes across any number of countries.

“A potential coronavirus “catastrophe” could be unfolding in care homes across the United Kingdom, after the British Government revealed there have been COVID-19 outbreaks in 2,000 facilities,” ABC News 16 April.

“It is, effectively, two epidemics. One in the wider population that is coming under control and one in care homes that is raging,” BBC Website 1 May.

“As many as half of all coronavirus deaths in Europe are residents of aged care facilities, the World Health Organization (WHO) say,” ABC News 24 April.

Those of us favouring a targeted approach would have allowed the economy to go on working (with a prescribed level of hygiene) while putting maximum effort into augmenting health resources and, critically, into protecting the vulnerable, none more so than those in aged-care accommodation. We would not have put any effort at all into chasing healthy people off beaches and out of parks. Lack of focus has cost lives. It is as simple and as evident as that.

It’s worth saying again. Closing down the economy and introducing pointless rules is far easier than steering a measured course. Now, to justify their ill-made decisions, and to keep us compliant, governments and their (blinkered) public health advisers talk about fearful new spikes and tout the likelihood of a second (and even third) wave of the disease.

There no evidence at all to back this scare talk. It is sheer speculation. And, ominously, as it is speculative and unanchored in any contemporaneous data, it can be wielded at will to keep populations compliant. Disappointingly, I see that Greg Sheridan was parroting the line in The Australian on April 30. Just when you think someone is sensible, there they go and spoil it. And, moreover, and vitally, if there were to be a so-called second wave, the way the first wave (the ripple in Australia) has been tackled provides a lousy blueprint.

And, to finish, if we do end up with second waves, they will have been seeded by restrictive lockdowns preventing a spread of the virus through healthy populations. What a joke!

The HRC Welshes on Ending My Pain