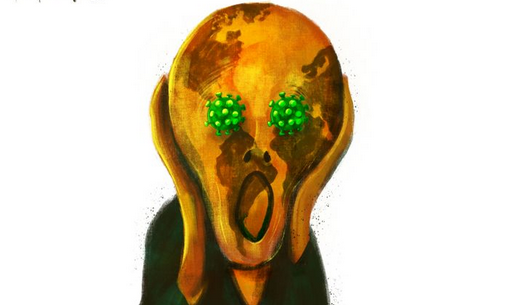 The previous pandemic, commonly know as Swine flu, was caused by a type of influenza virus known as H1N1. Spanish Flu was also caused by an H1N1 variant. The disease was first detected in Mexico in 2009, and initial reports gave what was eventually seen to be an exaggerated view of the morbidity and mortality of the disease, but, as a paper on the response of Australian emergency departments put it

…although the severity was subsequently shown to be of less concern, the initial response was, and necessarily had to be, based on the information available at the time.

That assumption is invalid, for reasons to be outlined. Nonetheless, the response to that pandemic was somnolent compared to our betters’ instituting a totalitarian state (with a sunset clause) just ten years later.

When a new disease strikes, it is necessarily the most severe cases that draw attention. Consider, for example, all of the upper respiratory tract and cold-like infections that sweep through the population regularly. Only researchers with a particular interest in obscure viruses would even bother to isolate the agent of these ailments. Assume that a new disease appears, and that in the small population in which it manifests there is a range of morbidities from life-threatening to barely noticeable. Members of the medical profession will rapidly become aware of the severe cases, but will have no awareness at all of the mild ones. Until accurate tests for infection are developed, they will have no way of knowing what the contagiousness, the range of morbidities, or the fatality rate are. The “information available at the time” will “necessarily” be skewed to the point that almost any scenario for the progress of the disease can be imagined, and none can be asserted with any confidence.

There has not been, nor will there ever be, a disease whose infectiousness, morbidity and mortality are identical across any population sample you care to draw. The most critical shortage in any epidemic or pandemic is information. So the first order of business for researchers is a reliable test. Once the test is available, the first portion should be reserved for frequent testing of pre-selected sample populations, both from communities in which the virus is active, and from those which have not yet, to anyone’s knowledge, been exposed, but are expected to be. These cohorts must be tested frequently – at least weekly. I believe that such studies are underway in a number of countries. If they are happening in Australia, they are being done quietly. According to the latest figures available at the Worldometer tracking site (as of April 27), Australia has performed 515,079 tests, a rate of 20,199 per million of population. By comparison, Israel’s rate is 34,971, Portugal’s 32,414, Germany’s 24,738, Holland’s 11,319 and the UK’s 9,867.

Had a portion of our testing been dedicated from the beginning to the sort of study proposed here, we would by now have a compelling picture of the reality of COVID-19. It would, I expect, demolish the rationale of the lockdowns. Such a picture is emerging, but not systematically. It arises from discovering, when particular small populations are tested en masse, that most cases are mild or asymptomatic. Absurdly, these revelations were used as further justification for lockdowns, rather than as what they were – indicators of the relative mildness of the disease in the general population.

The largest question that arises from all of this, of even more concern than the incompetence of our public health officialdom, is how we have come to this pass? Should anyone doubt the downward spiral of Western polities, he should consider the order of magnitude difference in the response to COVID-19 from that to H1N1, accompanied as it was by the same misinformation. It’s not always true that things get better with time.

11 thoughts on “Why Be Rational When Panic Is an Option?”