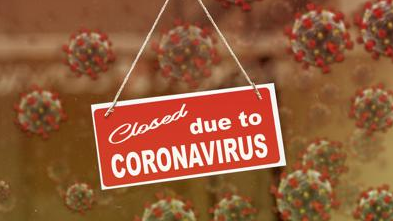 On Friday, March 20,  I was due to fly from Sydney to Adelaide for a much anticipated family wedding.  Four days earlier and after much thought, my wife and I, being in the age-related ‘at-risk’ group for the Wuhan virus, decided to do the responsible thing and cancel our trip.  I doubt that, among the threatened cohort, we were alone in protecting ourselves, and, indirectly, the health system from what by then was recognised as a pandemic.

On Wednesday, March 18, Prime Minister Scott Morrison, with the support of the National Cabinet, announced the first tranche of what has turned out to be a rolling series of restrictions.   Essentially, these initial measures involved the still-novel term ‘social distancing’, hygiene rules, a limit of 500 people at outside gatherings and no more than 100 at inside gatherings,. Schools were to remain open, despite calls that they be shut. All these measures were based on what, at the time, was billed as the best medical advice available.

On the March 19, my wife and I travelled to Sydney for a small family gathering (nine of us) at the Kingsgrove Hotel for my grand-daughter’s second birthday.  At 5pm the hotel’s main lounge  hosted no more than 30 people. We sat in a separate lounge with an open roof and dutifully maintained observed the social-distancing rules: during the two hours we were there, at any one time there would have been no more than five other people in that lounge.  Looking back, it seems to me that even so early in the ‘lockdown’, people were pretty much “doing the right thing” — the encomium with which all of Australia would soon become endlessly familiar.

# Food courts, nail salons, museums and libraries are among those ordered to shut

# Weddings have been limited to the couple, celebrant and witnesses

# Australians are also banned from travelling overseas under a further crackdown

On March 25, I noted in the comment thread beneath my own Quadrant Online article, “Death, Where is Thy Swing“, there were already signs of improvement:

Just looking at Health Dept graph, which shows a drop in new cases in two of the last three days. I suspect the anomalous spike is due mainly to the Ruby Princess cases. Early days and I am not Pollyanna but, at the moment the rate of new cases does not look exponential.

In other words, there is evidence the early measures, those of March 18, were already kicking in, a downward trend that we have seen has continue.  Even the government, primarily at the urging of an increasing number of commentators, experts and agencies, is now talking about easing restrictions at some point, although the messaging is still very mixed.

Now let me advance the timeline to April 7, the day the government released the modelling used to justify the response.  The projections were based on data from overseas, which is fair enough, since we had none of our own at that point.  It was, however, an anodyne exercise that essentially compared and contrasted the infection and death rates thought likely to arise from a do-nothing approach with the results projected for ‘social distancing’.  This was modelling solely from the perspective of health professionals. There was no mention of the economy.

Had we had remained at Stage One restrictions, our economy would still be largely intact.  We might also be exactly where we are today in terms of infections and death.  On the other hand, we may have suffered, say, 20,000 infections and 200 deaths by now, but we would still be able to congratulate ourselves on a remarkable achievement in comparison with Italy, the UK and the horrendous headlines now emerging daily from New York. You may argue that 20,000 infections and 200 deaths is mere speculation on my part.  ‘It may well have been more’, you might say, and ‘we’ll never know.’ And you would be dead right, which is my point: we did not allow nearly enough time – a scant six days – to judge the efficacy of Stage One measures.

Instead, prodded by advice that focused solely on the health aspect of the pandemic, we torched the economy.

Contrast the government’s response with that of researchers working to unlock the secrets of the Wuhan virus. Researchers, rightly, stress the need for a calm, methodical approach that will eliminate, or at least minimize, the possibility of unintended consequences.  They recognize that the longer the process takes, the more people will get infected and the more lives COVID-19 will claim. We accept that unfortunate reality as a fact of life.  Even in the case of chloroquine, which is a known and safe drug (I took it every week for three years in the early 60s), a proper testing is regime is being followed.

By contrast, the government response to managing the economic impact of the crisis has been anything but methodical. Indeed, it has been a shambles of ad hoc decisions and policy made on the run. Let me give you one example– the JobKeeper allowance.

JobKeeper is available to eligible businesses that continue to trade.  If such a business can demonstrate a 30 per cent reduction in turnover in a single month, compared with the same month of a year earlier, it will be eligible to receive $1500 per fortnight for all eligible employees.  Take my brother as an example. He runs a car dealership in Canberra and is working hard to keep trading.  His workshop traffic greatly assists in this regard, but car sales are a problem, as people are much less likely to buy a car in these times and every potential customer is precious. However, he points out that the lack of sales, not just in his business but generally, is not helped by messaging from every corner that citizens — you, me, all of us — may only leave our homes to buy essentials, take exercise or seek medical treatment.  My brother tells me the Motor Trades Association of Australia has received written advice that it is permissible to leave home to shop for a car,  but he complains that no-one is telling the public as much. Worse, police enforcing the restrictions seem to have no idea themselves what is and isn’t permitted, leading to people being booked for washing their cars, giving driving lessons and surfing.

With these measures not merely crimping but strangling businesses that might otherwise be eking out a living, the Jobkeeper allowance seems a palliative for a curse that need never have been made so bad in the first place. Some 700,000 business have registered, and if each has only one employee we are talking $12 billion over the projected six months. Do the maths: if those businesses average five employees, we are up to $60 billion.  Admittedly, if businesses close, their employees will go onto JobSeeker allowance, so the money will go out the door anyway.  That said, if the government’s objective is to keep businesses trading and suppress rising unemployment, policymakers might want to clarify the messaging.

The tragedy of all this is that, when it is all over and we analyse the response with the benefit of hindsight and a view to determining what worked and what didn’t, we will not be able to sort the wheat from the chaff.  The essence of scientific experimentation is to change only one variable at a time, an approach which also should have been the method shaping responses to the Wuhan virus.  Yes, even at the risk of more infections. We already knew that the death rate was very low in terms of the overall community, so our governments could, and should, have embraced a little more clinical detachment. This is particularly true since we knew the vast majority of cases involved returning overseas travellers and those who came in close contact with them.

Even as I write, the powers that be are doubling down. The deputy chief medical officer has conceded we are close to the virus dying out but adds that we are likely to see a second wave of infections as winter takes hold, thus social distancing rules must remain in place for six months,  as The Australian reported

Finance Minister Mathias Cormann said the government would not lift social-distancing rules in the next six months, unless under advice from health authorities, in response to plans by the NRL to play matches as early as May 21 and pleas from business heavyweights to reopen the economy sooner. “Nobody would be more excited than us if restrictions could start to be lifted sooner … the only way that would happen is if the medical advice indicates to us that it is safe to do so,” he said. “If that (shutdowns) is no longer required based on expert medical advice, then of course we would be making relevant adjustments at this time. The sooner the better, again, of course. But we are not going to do this unless the advice is that it is safe to do so.”

What is so magical about six months?  We know we won’t have a vaccine by then, so what do the authorities think might have changed by September? Like the origin of the Wuhan virus, the logic behind the flow of edicts and measures from on high remains an ongoing mystery.

So, Professor Stanley, Who Are the Liars?

Is America in Decline?