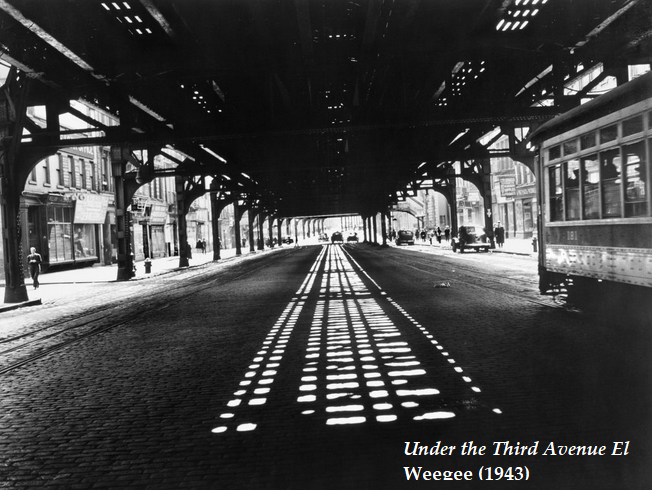 This is supposed to be a New York letter, but since New York is closed for business, I am “sheltering in place” in a semi-secure undisclosed location wondering how long this nationwide wave of hysteria will last. As I write, Australia has but 61 deaths attributed to the new coronavirus that China bequeathed to the world, courtesy of a biological research laboratory in Wuhan. The United States has had about 20,000, nearly half in and around New York City.

That may seem like a lot, but let’s put that number in perspective. In the first place, the annual fatality rate in the US for the seasonal flu is anywhere from 25,000 to 80,000. Second, it is by no
means clear whether those 20,000 fatalities really count people who died from the effects the new virus (pneumonia, mostly) or merely people who, already serious ill with something else, died having also been infected by the virus. Fully 99 per cent of those who died in Italy had serious co-morbidities. Nearly 50 had multiple co-morbidities. Moreover most of those who become seriously ill are over 80. Many are over 90. It puts me in mind of the list Muriel Spark includes in her novel Memento Mori minuting the cause of death of various characters. “Lettie Colston . . . comminuted fractures of the skull; Godfrey Colston, hypostatic pneumonia; Charmian Colston, uremia; Jean Taylor, myocardial degeneration; Tempest Sidebottome, carcinoma of the cervix;” etc., etc.

This whole charade got going in earnest around Ash Wednesday, whose central ritual comes with the admonition that “Memento, homo, quiapulvis es et in pulverem reverteris.” Nevertheless, about a month ago the country began shutting down. Restaurants and bars were forced to close. So were schools and colleges. All “non-essential” businesses were shuttered. After a couple of weeks 3.6 million people had filed for unemployment benefits. Another week, and another 6 million had filed. As I write, the number is 16 million. In a month. Sixteen million people suddenly discovered that whatever their livelihoods were, they were deemed “non-essential” by other people whose putatively “essential” job is determining what is essential and what is not. Why is it, one wonders, that the bureaucrats who get to say what is and what isn’t essential
never seem to find their own endeavors declared “non-essential”?

People who know about radar and sonar often speak about the difference between “noise” and “signal.” You are trying to track that missile, plane, submarine, or whatever, and you need to be able to distinguish clearly between the signal the object of interest is sending back to you and the noise that accompanies that signal. Sometimes, some of the noise is deliberate, generated by people interested in keeping secret the location and movement of the object.

So it is with this new coronavirus. I emphasize its novelty, because I sense that many people are frightened or impressed by the word “coronavirus.” They shouldn’t be. Many common colds are caused by a variety coronavirus. And this new variety, which originated from virus gleaned from horseshoe bats in China, is dangerous mostly to the elderly and infirm. Something like 90 per cent of those infected have no or very mild symptoms.

You wouldn’t know that from the cacophonous noise surrounding discussion of the virus in the US. The order of the day is hysteria, the more unbridled the better. The spread of the virus is “unprecedented,” a “crisis” of world historical proportions. Admiral Jerome Adams, Surgeon General of the United States, said that the spread of the virus was “our Pearl Harbor moment, our 9/11 moment, only it’s not going to be localized. It’s going to be happening all over the country.” And it is supposed to be happening right now, even as people cower in place in mid-April, we should be hearing people trudging up and down the street shouting “Bring out your dead! Bring
out your dead!”

But we aren’t hearing that. In fact the number of new hospitalizations and fatalities, which were predicted to be skyrocketing right now, this week, have been dropping. The Surgeon General wanted “America to know” how horrible the effects of the virus would be. Reality check: he has also advised Americans to avoid alcohol during the “crisis.” Yet apart from a few hot spots, the toll is modest to say the least. Besides New York, only two states have recorded fatalities greater than 1000.

Each year, about 2.8 million people die in the United States. I was told there would be no math, but I am pretty sure that is 233,000 per month.

Of course, it wasn’t only fatalities that we were warned about. We were also warned to brace for a tsunami of critically ill patients that would overburden the entire health care system. According to some models, this new plague was poised to sweep the country like the Grim Reaper. Get ready to see patients stacked like cordwood in hospital corridors and lean-to clinics.

But that hasn’t happened. Even in New York City, where hospitals have had to scramble to keep up with the cataract of patients, there is no crisis. Told that there would be, President Trump had the Army Corps of Engineers transform Manhattan’s Javits Center into a 2,500-bed hospital. He also brought the Navy medical ship Comfort with its 1000 beds to Manhattan. As I write, Comfort has a total of 60-odd cases, while the Javits Center’s impromptu hospital has only 225 patients. Both according to news reports are “mostly empty.” How long will it be before both follow the lead of the Army field hospital in Seattle? It was hastily erected to deal with the predicted surge in COVID-19 patients. But the surge never came. Over the course of nine days, it never saw a patient. Now it is leaving.

If you are worried about human lives, you should focus your attention not on this year’s respiratory virus but on the wild, herd-like overreaction to the virus. That’s where the real danger lies. Think again about those sixteen million people who, over the course of just a few weeks, found themselves out of a job. Ponder the thousands upon thousands of businesses that have been shuttered by the draconian panic stirred by the president’s misguided counselors. In the weeks and months ahead, you can expect to see a sharp uptick in the number of suicides, drug addictions, and all the other pathologies that follow poverty and despair like a shadow. You can also expect to see many examples of petty despotism as local authorities, drunk with the liquor of sudden plenary power, discover their inner Robespierres.

On Friday, Dr, Anthony Fauci, one of the President’s chief advisors on the hastily assembled “Coronavirus Task Force” suggested that Americans might soon be required to carry a certificate of immunity before being allowed to mingle freely among their fellows. This echoes an idea floated by Bill Gates that would require people to have “digital certificates” attesting to their status as vaccinated Americans.

Recently, a video surfaced that shows no fewer than seven policemen dragging a rider off a bus in Philadelphia because he wasn’t wearing a mask. At Easter in Kentucky, police were ordered to record license plate numbers of people attending church services and to turn the numbers over to local health departments, which would, in turn, require the miscreants to be quarantined for 14 days. In Michigan, Governor Gretchen Whitmer has gone on a banning spree. It is now illegal to buy a baby car seat from Walmart, to drive between two residences that you own, or to buy seeds to grow your own food. Soon, one wag suggested, she might try banning travel between two rooms of your own house.

The truth is, the advent of the coronavirus is less a health emergency than it is a failure of nerve. As William Farr pointed out in 1840, epidemics are born, develop, and fade away along a course predicted by a bell curve. They do this naturally, with or without human intervention. It is the same with the respiratory virus we call COVID-19. Our panic has destroyed trillions of dollars of wealth, impoverished millions, and handed much of society over to the machinations of socialistically inclined bureaucrats. It has also precipitated a huge and irresponsible disgorging of federal funds, the baneful effects of which will be felt for decades if not generations.

No, the panic over the Wuhan flu is a textbook case of the principle, enunciated by Barack Obama’s advisor Rahm Emmanuel, that you “never want a good crisis to go to waste.” Emanuel helped Barack Obama weaponize the government against freedom in the aftermath of the financial meltdown of 2008. The Dems and their megaphones in the media are trying to do the same thing now in the face of the spread of the Wuhan Virus. In about three weeks, maybe four, it will all be over and many people will feel sheepish about their overreaction. In the meantime, everyone seems to be signing up to be an extra in The Seventh Seal.

President Trump began by soft-pedalling the danger posed by the coronavirus. This is not to say he downplayed the danger. He didn’t. He simply noted that the seasonal flu killed tens of thousands each year and that the way to deal with this new virus was to take reasonable precautions while also going about the business of everyday life. At the same time, he took concrete steps to protect the country, the most important of which was probably banning air travel from China on January 31. In response to this action, Congress looked up briefly from its impeachment effort to condemn his decision as an overreaction that was “racist” and “xenophobic.”

Sensing a mounting hysteria, and noting the media and the Democrats busy behind the scenes manning the bellows to fan the flames, the president convened a “coronavirus task force” full of experts, medical and otherwise. For about a month now the nation has been subjected to near daily press conferences at which said experts discuss various models and projections of the course the disease might take. The numbers on offer have varied from millions dead in the US alone down to tens of thousands.

Meanwhile, hospitals across the land, having turned themselves almost overnight into factories bent on dealing almost exclusively with victims of the virus, found their wards empty and their coffers hemorrhaging cash, as nearly all non-emergency procedures were postponed in order to deal with the floods of COVID-19 patients that, in many places, never arrived.

Let me pause to acknowledge that COVID-19 is a dangerous virus, especially for the elderly and infirm. One of my best friends — now recovering, I am happy to say — had a nasty bout. But this observation by a former New York Times writer is to the point: “Nobody says COVID-19 is not real, that it can’t tax hospitals or kill people, esp. if they are over 75 or have co-morbidities. But right now the best current projection is for 61,000 US deaths. That was the 2017 flu season. Why have we shut the country?”

“Why have we shut the country?” That question is now being repeated with increasing urgency across America.

I am glad to see that President Trump is at last convening a commission charged with restarting the economy. That should be the signal to retire the task force on the coronavirus and get the country back to work.

Damned for Spurning the Blind Eye

The New Road to Serfdom