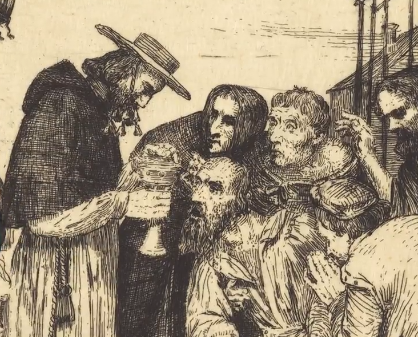 Few images better capture the out of touch and incompetent nature of Australia’s self-described elites as three university academics playing word games to describe the economy as “hibernating” while the lives of millions of normal Australians are being destroyed and disfigured, some permanently.

According to reports in the Nine papers (April 1, 2020), three academics from the Australian National University developed the term “hibernation” to describe the shutting down of the Australian economy as a consequence of the social distancing measures enacted by state and Commonwealth governments. The term is meant to capture the temporary nature of the crisis.

This is no temporary crisis. This is a tragedy of biblical proportions.

Many of the Australians who will become unemployed over the next six months will not simply go into hibernation, to then thaw out and resume business as usual. They will never work again. Their wages will never recover. Their lives will never be the same.

Precious moments will be lost and never recovered, like all of the grandparents who can’t see their grandchildren. Like all of the elderly who are trapped isolated, alone and afraid in the homes. And like all of the Australians who have had destroyed in just days the small businesses they built up over years.

Perhaps if you work at a multi-billion-dollar taxpayer funded organization protected by government from competition or wage cuts then it is easy to practice social distancing and talk via Zoom or Skype to play clever word games which mischaracterize reality. It is also not a surprise that the secretary of the Treasury Department, Steven Kennedy, is an alumnus of the ANU, as are many of his colleagues at Treasury and the Reserve Bank of Australia. Such is the incestuous nature of Australia’s expert class.

One wonders if any of those involved in the development of the hibernation strategy have ever looked a colleague who has a family and a mortgage in the eye and told them there are not enough customers coming through the door to keep them employed.

If universities wanted to be helpful, perhaps they could open the doors of the dormitories once filled with thousands of foreign students to those who need to be put in quarantine, rather than being put up at taxpayers’ expense in five-star accommodation. Or perhaps universities could stop the persecution of those such as Professor Peter Ridd, now the subject of an appeal against his sweeping legal victory last year, to allow for the free exchange of ideas and opinions which us so crucial in a time of uncertainty.

Or perhaps, instead of wasting taxpayer dollars on research programs which tell Australians what awful, racist, and bigoted people they are, the universities could analyse how Australia could improve its pandemic response ability. On this last point, research by the Institute of Public Affairs by Dr Bella D’Abrera found identity politics was the single most common theme in the historical studies discipline to receive funding under the Australian Research Council’s Competitive Grants Program.

Famous conservative philosopher Sir Roger Scruton argued that “intellectuals are naturally attracted by the idea of a planned society, in the belief that they will be in charge of it.” Trouble is, the intellectuals are in charge – and only an intellectual could think that our jobs, social relations, and institutions can be temporarily put into hibernation and then brought back to life via government edict. This is why shared sacrifice is so important. Those developing the ideas and policies which are putting Australians out of work must themselves have skin in the game and feel some of the pain of their own decisions and advice.

One suggestion is that for every one tenth of a percentage point increase in the unemployment rate (such as from 5.5 per cent to 5.6 per cent), is accompanied by a one per cent cut to the pay of senior public servants. And if the unemployment rate goes above seven per cent, the Secretary of the Treasury and the Governor of the Reserve Bank must lose their jobs.

Another suggestion is for all of the experts advising the government to be put in front of a rolling set of parliamentary inquiries so Australians can understand the assumptions underpinning government decisions. It would be interesting to see if the health experts who modelled the impact of the coronavirus also modelled the social, cultural, and institutional impacts of economic depression.

If Our Universities Ran the Olympics…