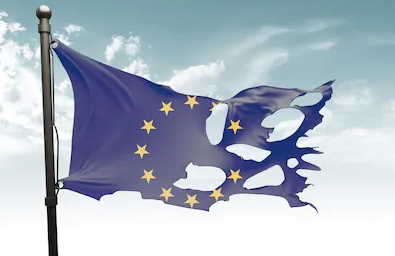 Commenting on the course of history, former British Prime Minister Harold Macmillan is famously quoted as saying, “Events, dear boy, events.” The historian, H.A.L. Fisher, described history as “one damn thing after another”.

The historical record is replete with the unexpected. You might call them black swan events, as has Quadrant contributor Mark Powell. It might be argued that, but for the sudden impact of the coronavirus, the future be completely different. Yet, as in relation to past events, a retrospective on 2020 might conclude that the Western world in particular was on the cusp of a seismic economic, social and cultural shift, and the Wuhan virus provided the catalyst.

Superficially, totalitarian and authoritarian states — China, in particular, the ultimate source and cause of this pandemic — will seek to pretend that they have the pandemic under control and proclaim business as usual. After all, the Beijing regime’s legitimacy rests in part on its ability to hide the human cost of its ideologically driven denial of the coronavirus during those first critical weeks.

Up until now, we have witnessed the curious paradox of a totalitarian state being able to take advantage of an economically borderless world. The self-proclaimed economic purists were so sold on the notion of free trade that they failed to notice the fraud at its core. Donald Trump intuitively recognized what the established paradigm utterly failed to see. At the very least, China may no longer be able to take advantage of a borderless world. Perhaps China, feeling itself increasingly cornered, will become more overtly aggressive. The world, and in particular, our region may become more unstable. Defence preparedness will assume a renewed urgency.

Among all nations, nation-state borders have become the crucial line of defence against COVID-19. In Europe and the US, the pandemic may serve to amplify narratives which saw Donald Trump elected in 2016 and populist anti-immigrant parties in Europe move from the fringe closer to the mainstream. Within the so-called European Union, nation states have closed their borders. The Schengen Agreement, allowing for free movement within the European Union is a dead letter and hitherto arrogant self-important Brussels bureaucrats seem increasingly impotent bystanders. Those who once proclaimed, “refugees welcome” may suffer a bad bout of amnesia.

The seismic shift will have good and bad effects. On the plus side, there may be a renewed emphasis on national self-sufficiency, even a revival of local manufacturing. On the debit side, we may see the end of limited government, even de facto, if not de jure, nationalisation of large swathes of Western economies, including the banking system. In Britain and the US and, likely, in Australia, the established centre-right parties will likely embrace populist nationalist policies whilst advocacy of limited government will be confined to a few think tanks on the fringe. Back in the Forties and Fifties, the current crisis might have favoured parties of the Left. Now the Left is crippled by its embrace of open borders, identity politics and the obsessions of affluent progressivists. In Britain, the Conservatives captured working class coal mining constituencies, whilst Jeremy Corbyn’s Labour Party won the seat of Putney near London, one of the most affluent areas in all Britain.

I notice some recent comment about the prospect for Trump’s re-election in November. Certainly, he benefited from the boom up to a few weeks ago. Now, the steep downturn could be seen to benefit the Democrats, even giving a chance to a feeble standard bearer like Joe Biden. One respected economic commentator, James Rickards, who predicted a Trump victory back in 2016, now gives Biden a 50 per cent chance. My suspicion, however, is that to the extent electoral contests are cultural battles, rather than simply contests over the state of the economy, the candidate who can best espouse a sense of national patriotism, including, of course, border security, will win the presidency. Naturally, Trump will amplify popular anger against China. The more Democrats and media attack Trump’s alleged xenophobia, the more they will become alienated from the majority of Americans. Of course, much will depend on how Trump handles the current crisis. The Democrats may hope that Trump is the modern equivalent of Herbert Hoover. But in those far off days, the Republicans were perceived in 1932 as the hapless representatives of discredited Big Business. Simply put, the old economic determinist model of politics seems far less relevant.

We live in interesting times. The nation state has returned with a vengeance whilst supranational bodies, the United Nations, the European Union and the World Health Organization seem so irrelevant and impotent. But the story goes on. What next event, what next damn

3 thoughts on “A World Turned Upside Down”