This Can’t Go On Much Longer 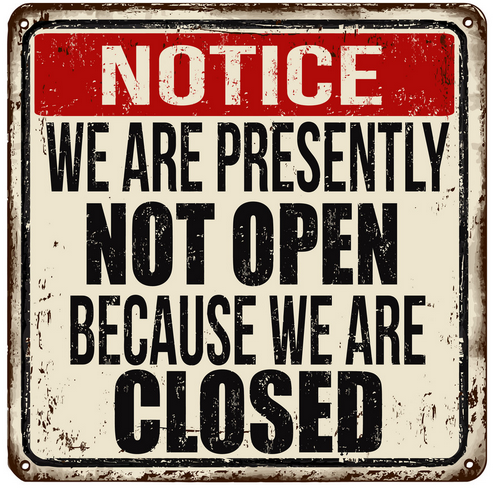 Déjà vu all over again, I thought, as I contemplated writing about it again. But no, I couldn’t do it. I keep up to date on the data by looking at Worldometer. I’ve just looked now, at 8pm Sunday evening, and Australian deaths are recorded at 16 and the number of critical/serious cases at 23. At the same time, on Sky News, I saw Prime Minister Scott Morrison announcing a tightening of  public-gathering restrictions from ten to just two people. Go figure, I thought to myself and couldn’t so didn’t.

Instead I will go to economics and ask where is the money coming from and what are the implications of governments spending so much of it. I note that some commentators have referred to Modern Monetary Theory for guidance (watch for lefties coming out of the woodwork to promote it). Consult my article in the last July/August issue of Quadrant if you want to know about this theory; but, sufficient to say, it sheds more obscuration than it does light.

Governments are giving vast amounts of money to businesses and individuals to try and make up for their loss of revenue and income. Is it a good policy? Yes, it is. Governments have shut economies down and, thus, there is no option. Otherwise, people would starve and businesses across the board would collapse. At the same time, the character of giving matters. Some is sensible; some wasteful.

A formula being used in the US, and maybe elsewhere, seems by far the most sensible. Small and medium sized businesses are being given loans to cover their costs, including their wage costs, which will be forgiven if they keep all their employees on. Support to large businesses is also vital to ensure they do not collapse; and support to individuals thrown out of work. Much less sensible is giving extra money to those already being totally supported by government assistance.

Even if you’re a misguided Keynesian you would realise that giving pensioners extra money will do little good, when they are all being hounded to stay at home and shops are mostly shuttered. Of course, they could splurge online on Chinese-made goods. Make Xi Jinping happy!

Back to the main game. Governments can spend any amounts they like because they can create the ultimate form of money. Called base money, this is the only form of money that can be used to pay taxes. Notes and coin in your wallets and purses qualify, as do deposits of banks at central banks. Government spending creates this kind of money dollar for dollar.

There are normal times and there are these times. In these times, the securities issued by governments to back their spending are bought up by their respective central banks. Extraordinary circumstances call for extraordinary measures and government debt held by central banks could be cancelled later on. In any event, we will not be left with an overhang of massive amounts of government debt left in private hands.

What happens between governments and central banks is within the government paddock. It’s what happens outside that’s important. This time is different because there has been no need to make room for government spending by selling securities into the private sector. Governments have directly crushed private sector activity.

Business shutdowns and interruptions to supply chains are causing shortages of particular goods. This will lead to some price rises as a result of black markets emerging and price gouging. There will be no general price inflation. And afterwards?

Too much money chasing too few goods is the old textbook of inflation. It is applicable. But we have to remember that the money in the hands of individuals is in the form predominantly of bank deposits. We no longer live in the cash economies of revolutionary France or of the Weimar Republic.

Bank deposits are predominantly created by bank lending. It is hardly likely that bank lending will upsurge in view of the risk-averse conditions that this crisis will have caused and the damage it will have done to bank balance sheets.

So, what am I saying? I am saying that the normal implications of government overspending do not apply. This situation is unique. Think of it as an enforced sojourn, albeit on hard rations in solitary confinement. Most everything shuts, we sit on our hands, and the government gives those made destitute free money to pay bills and buy food and medicines. When the sojourn is over, we will have suffered a sharp loss of production but can make up for that over a period of time.

The trick is to ensure that business collapses are kept to a minimum; that most are in shape to start up again, and that individuals are kept whole. Every day will make it harder for some businesses and people to bounce back. This means the sojourn can’t go on much longer; only a few more weeks at most. Trump knows this, and could provide a lead for other countries, including Australia; if the hate-filled American media don’t deter him from acting as speedily as we need. And need it we do. Morrison, in the announcement I referred to, mentioned restrictions being in place for six months.

Keynes and his Walking Dead

At the Root of the Evil in Christchurch