How to Make Things a Whole Lot Worse 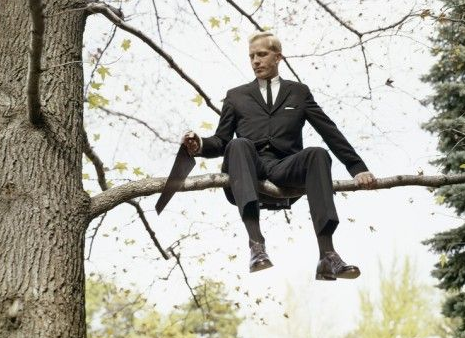 Deaths from coronavirus were up yesterday (March 16) on the previous day. Although death rates lower than one per cent are being quoted, the macro data (deaths/deaths-plus-recoveries) is 8 per cent, and 15 per cent in Australia (see the chart below).  Hopefully that will improve. Otherwise, if Angela Merkel is correct in estimating that 60 per cent of humankind will eventually contract the disease, we can expect over 300 million deaths.  Tomas Pueyo’s brilliant analysis suggests a death rate levelling off at 3-5 per cent for countries or areas that are unprepared, but one-tenth of this for those quickly identifying and isolating those affected, and intensely treating the 20 per cent who develop the most serious symptoms.  Among the latter are South Korea and China outside of Wuhan, the coronavirus’ origin and epicentre.

Despite an inevitably horrendous death toll the world will recover, leaving the virus as just another background killer, like its garden-variety cousin influenza.

For the present, the world is now in a very deep economic depression.  There is no shortage of consumer demand but the basis of that demand, income from the supply of goods and services, has been or soon will be sharply curtailed.

Roy Morgan research finds over 60 per cent of businesses being affected.  There is an already evident shrinkage of supply in education and in some areas manufacturing, those where people work in close proximity.  Working from home is an option for some activities, though not in most industries, and it is, in any case, likely to be less productive than working in factories/offices.

Among the outputs facing a likely structural decline are air transport, entertainment involving crowds, pubs and restaurants, and some forms of accommodation. Collectively, these account for 4-5 per cent of GDP.  Activities seeing an expanded demand include health care and telecommunications, which account for a similar share of GDP.  Retail outlets, excluding groceries, are likely to see reduced demand. Delivery services, by contrast, will see increased demand.

While few inputs into production are unique, learning new skills, modifying capital and real estate resources, and establishing new supply-and-delivery chains takes both time and money. Some human and physical capital in existing resources will be lost, meaning a net reduction in living standards over and above the losses from dislocation as workplaces are (temporarily) shuttered.

Governments are struggling to find a path to adjusting the economy and moderating the damage.  A piece of mine in The Australian today shows the folly of the initial Australian government response in addressing this with an economic stimulus in terms of the hand-out to pensioners ($4.8 billion) while the RBA’s $7 billion excursion into the stock market was naked Keynesianism, which the AFR actually applauds! Peter Smith in yesterday’s Quadrant Online rightly eviscerated some of those regarded as economic experts who are calling for “leadership” and boosts to government spending. The real leadership required is to dismantle regulations, for example on energy (where the climate zealots and subsidy seekers are actually calling for more such measures) water, land use and corporate tax.

The best guidance as to what happens once the virus has become a background disease comes from examining the outcomes of other great disruptions. War, for example, being a major one.  The US was spending 38 per cent of its GDP in 1944, this being reduced to 7 per cent by 1946.  As in 1919, the government took little stimulatory action and adjustment was quick – all the aircraft, tank, rifle and ship fabricators converted rapidly to civilian uses. This was not the case in the Thirties, when a massive readjustment from the easy money policies of the 1920s was followed by fiscal and monetary stimulation which left a stagnant world economy throughout the decade of the Great Depression.  The stimulative measures following the economic crisis of 2008 in countries like Australia had similar effects: wasteful debt creation that actually retarded recovery.

What most threatens the shift in the transfer of resources is government action geared to stimulating the economy or preserving, even cushioning, the shift in resources to the new demand and supply constellations.