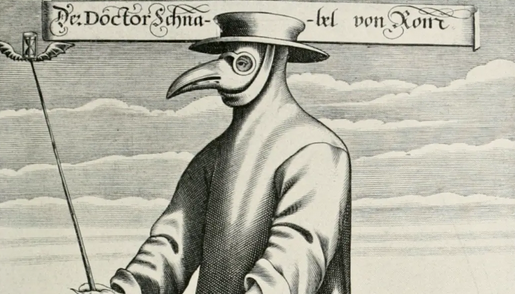 If war is too important to be left to the generals, epidemics are too critical to be entrusted to the doctors. That is the only conclusion to be drawn from Australia’s foolish rush to hysteria over Covid-19. As a result an artificially-induced recession has shut half the country’s economic activity, legitimised criminally dangerous policies and criminalised normal activities.

From the beginning, Australia’s characterisation of Covid-19 as the twenty-first century’s Black Death was designed to terrify a malleable population, inducing it to accept the dictates of doctors crying “the curve must be flattened” or the hospitals would be overwhelmed. That slogan determined the strategy for every subsequent government action.

Mr Morrison made an initial mistake by pushing Dr Brendan Murphy as the government’s spokesman. Where else have public servants taken the microphone to explain what course of action to take in a crisis, and have the Prime Minister and the health minister  obediently endorse that advice? If the medical advice had been given in private, as it should have been, Greg Hunt, a competent minister would have been in a position to require an immediate and continuing evaluation of the statistics as a basis for policy.

Instead, from the pandemic’s dawning in February, the horrific numbers from Wuhan were extrapolated, deliberately or subliminally, to imply what awaited this nation.  As the Chinese numbers contracted, the conclusion was allowed to be drawn that draconian measures, principally “shutdown” was the only effective response. Parents picked up the signal faster than governments; truancy rates rose through 40 per cent to 80 per cent as premiers argued with Dr Murphy.

After China, then Italy and Spain, nothing was done to counter the meme that the plague would be exactly replicated here. The numbers tell the story of the difference: When Italy’s caseload stood at 2700 cases on March 4, there had been 107 deaths; Australia, as of March 26, had a similar number of identified infections but only 10 fatalities.

Nevertheless, a state of emergency was declared, billions of dollars thrown to undeserving constituencies, creating a stock market rout and inducing an economic collapse. With the first financial package came promise of a second; with the second, intimation of a third. No wonder every group still left working put out their hand for “virus money” and every other industry, from airlines to sporting codes, demanded compensation.

The media has played a devastatingly destructive part in the decline in public confidence.  ABC interviewers have descended to arguing with ministers (As Fran Kelly admitted this week after an especially impertinent confrontation with Greg Hunt); Dr Norman Swan launched his campaign against the schools’ policy to assert the ABC’s authority on policy issues; even The Australian succumbed to hyperbole, railing against the disobedience of a thousand  people sprinkled over Bondi beach as “a human tsunami”!

As I have explained, experience of the virus in other countries cannot be a reliable guide to what will happen here, and no necessary model for strategy. Living conditions in China, Italy and New York differ vastly from those in Australia. What appears to work in South Korea or Singapore is not necessarily a good model for us. Yet three months’ experience elsewhere may be a guide on what not to do in a country with many small businesses dependent on service in tourism, food and leisure industries.

Unfortunately, policy still seems to derive from raw score-keeping, and health departments better at tally-keeping than analysing. The Commonwealth and state health departments publish daily new and total cases, segmented by age.  NSW has just shy of 1500 cases as of midday on March 27 over 1000 cases, running at about 200 more each day. Based on the previous day’s final numbers, about 300 (29%) are over 60, and about 500 (49%) in the range of 30-59 years. There is no attempt to explain why this distribution. NSW reported 10 people in intensive care, with four  on ventilators. There are 500 ICU beds available, and the ability to at least double that number, so why is the government panicking to cancel elective surgeries?

Seven people have died of the virus in NSW (not recorded on the health website) but what were their ages and conditions? Surely sensible forward policy should be based on an assessment of the age and vulnerability of everyone who succumbs, not merely a blanket assumption that everyone at risk of contracting the virus may die. If only a small proportion of those who contract the virus develop serious conditions, and an even smaller proportion of those die, isn’t it likely that most of us can go about our lives with little risk? On an infinitesimally low probability, pre-emptive government policies have destroyed the economy and inflicted even more damage. What was a required was a discriminating policy to protect the vulnerable — the aged and those with serious medical conditions that are known to enhance risk of dying.

To return to the issue of the unmodulated medical advice leading government: Professor John Ioannidis, of Stanford University, says the data collected so far on how many people are infected and how the epidemic is evolving are utterly unreliable. “We don’t know if we are failing to capture infections by a factor of three or 300,” he said. “No countries have reliable data on the prevalence of the virus in a representative random sample of the general population.” He describes the Covid-19 situation as an evidence fiasco.

Professor Ioannidis, whose scepticism about the profession began from his discovery that most medical findings are contradicted by subsequent studies, argues that if the case fatality rate, population-wide is as low as 0.05%, it is lower than the seasonal influenza. Locking down the world with potentially tremendous social and financial consequences may be totally irrational. “It’s like an elephant being attacked by a house cat” he says. “Frustrated and trying to avoid the cat, the elephant accidentally jumps off a cliff and dies.”

Australia, pursuing its favourite precautionary principle, seems to have unleashed the cat.

Between compassion and delusion