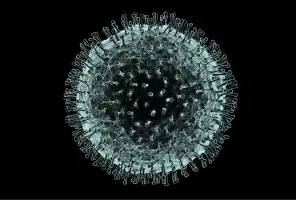 American writer H L Menken provided a perspective on scares in 1918. “Civilization, in fact, grows more and more maudlin and hysterical; especially under democracy it tends to degenerate into a mere combat of crazes; the whole aim of practical politics is to keep the populace alarmed (and hence clamorous to be led to safety) by menacing it with an endless series of hobgoblins, most of them imaginary.”

Nothing has changed in the past 100 years. Right now, the “Let’s call it Trumpvirus”, as columnist Gail Collins put it in the  New York Times, is sweeping the world. Hatched, no doubt, in Mar-a-Lago and the Kremlin by Trump and Putin in a collusive effort to kill off Bernie Sanders and Joe Biden. Old folks with underlying medical conditions are particularly susceptible, we’re told, and heart-attack Bernie and demented Joe are obvious targets.

Or, just maybe, it happened by accident in a Chinese wet market selling all manner of unpalatable and unsavoury animals to be butchered on the spot. Ugh! Another theory of course is that it escaped from some Chinese biological warfare lab. Yes, that’s feasible, bugger a variety of deadly poxes, nothing like giving healthy adults a mild case of a flu-like virus to kill them off.

I do find some respite in the wall-to wall coverage of the latest coronavirus (Covid-19). Climate change, bushfires, floods and droughts are off the front page. It is as though we have switched into an alternate universe where all our troubles have been boiled down to the latest in a long line of threatening morbidities. Each abruptly disappears leaving a temporary vacuum in the space marked “the next unnamed pandemic.”

There might well, in the future, be a really deadly pandemic. Bad things can happen. But somehow, I don’t think that Covid-19 lives up to that billing. Who knows, but it will likely be contained, as have other threatening new viruses in recent decades — SARS, for example, another coronavirus which emerged also from China in 2002, and a new strain of swine flu, which was declared a pandemic in 2009. And who still remembers bird flu in 1997? As Trump suggests, we should keep our cool even if parts of the media invest in panic. Remember, the degree of panic has little to do, necessarily, with the severity of the threat. People might be trampled in rushing out of a cinema on hearing the fire alarm. Yet the fire might turn out to be of little threat.

I rather liked the matter-of-fact comments of Professor Ian Mackay of the University of Queensland, as reported in The Australian. “We already have four of these coronaviruses, mostly causing colds. We get them every year.” And the reported comments in today’s paper (March 3) of UNSW virologist Peter White to the effect that the virus would degenerate into another form of the common cold once the global community became immune to it. Evolutionary theory is at play when germs and viruses emerge. Those that are mostly deadly tend to disappear quickly as the hosts die off, preventing contagion. The least deadly live on as the hosts go about their business, touching and spluttering over their fellows; as you discover on public transport.

I had a cold not so long ago. After about seven or eight days of sneezing and stuffiness; as unpleasant as it is to describe, the mucus from my nose turned greenish. I immediate took a course of amoxycillin, which I keep handy in case of need. I dare say I would have recovered without it but I have become less stoical as the years go by. My point. I doubt all of those people would have died from the infamous Spanish flu in 1918-19 if the circumstances had been less crowded, the hygiene better and, critically, if antibiotics had been around to combat the secondary bacterial infections (bacterial pneumonia), which, it is now thought, mainly caused fatalities.

Of course, even with modern Western medicine people die of the seasonal flu each year and have already died of Covid-19; mainly in China, though also in much smaller numbers elsewhere — notably in Iran, Italy and South Korea. But perspective is needed. The CDC estimates that about 34,000 Americans died of the flu during 2018/19. To date, as I write, six American have died from Covid-19 and one Australian. All were in the category of being susceptible to this kind of thing. No doubt many more people, particularly the aged and medically frail, will die, as they will also of all manner of respiratory illnesses.

I don’t mean to minimise the threat or to seem callous about those who have and will succumb to the virus. I have no elderly parents to worry about but do have an older sister in poor health and young grandchildren. Taking personal precautions to avoid contagion is sensible, as always And given the incipient panic, it will be a relief if an effective vaccine is found and, in the meantime, if particular antiviral drugs are shown to be effective.

All I’m saying is that the threat at this stage looks overblown and that this is not surprising given the propensity of the media to cry wolf over everything. Moreover, the fact that Trump can be blamed for any and all ills gives the US mainstream media additional reason to up the hype.

We are getting a plethora of information about how government after government is closing things down to avoid contagion. And the very latest on the number of new infections and deaths. We need more grounded, professional and objective information on the relative virulence of this new virus.

Stop and imagine. Suppose the new virus was what we now call the flu.  “Influenza attacks the lungs, nose and throat. Young children, older adults, pregnant women and people with chronic disease or weak immune systems are at high risk. Symptoms include fever, chills, muscle aches, cough, congestion, runny nose, headaches and fatigue.” It is highly infectious and according to the WHO kills up to 400,000 people per year.

Now, ask yourself, just how much of the economies of the world is it worth shutting down to try (and “try” is the operative word) to prevent the spread of this deadly flu pandemic? How many resources should be switched into fighting this “new virus” at the expense of dealing with the vast array of other health issues? Is it worth calculating how many people will die of other causes as a result of shutting down economies and switching medical resources?

Back to real life and the actual new virus. And my point, and my only point, is that I would like some sensible consideration given to whether the cure is worse than the disease. Fine, if the worldwide containment strategy works speedily (say within a few weeks) to quell the spread of the virus. Otherwise, a sensible trade-off involving living with the virus for the time being until a vaccine is developed, as it will in due course, might be the best option. A deep recession brings health risks too.

As a final aside, one good thing to come out of this current scare is the more-general realisation that most medical equipment and drugs are made in China. Clearly, major pharmaceutical companies find it more profitable to outsource their manufacturing to China and import the products back into the West. Apparently, ninety-five percent of antibiotic used in the US are made in China. This is another grievous example of “free trade” gone completely mad – where you put vital supplies in the event of conflict in the hands of the most potent potential adversary. Hopefully, Trump, in particular, will do something about it. We should too.

16 thoughts on “A Cure Worse Than the Disease?”

The Case for a Nuclear Navy