The Prince, Pirate Pete and a Pig in a Poke 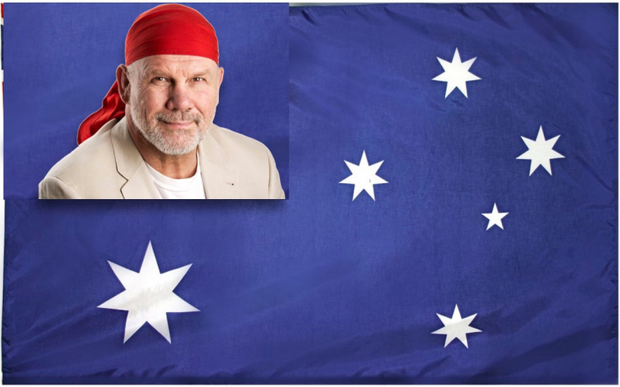 Republicans come sniffing around at the hint of a royal scandal. I note that even the editorial writer at The Australian (whoever he or she is) takes the opportunity to flog the comatose horse again. I will make it clear. Being of English birth, and being an English royalist, I like to steer clear of the debate. To recuse myself as it were because of a conflict of interest.

But, in fact, I would probably vote yea in a referendum if the question were put and the model proposed was sensible, workable and complete. What I will not do is to support a dodgy two-stage process of first having a simple plebiscite to test the waters and only then, if the vote favoured a republic, having a referendum to choose between (two?) models.

Here is an apt analogy in all of the circumstances. The question put to you is whether you would like to be married. If you say ‘yes’, you are then presented with two prospective spouses. One of whom you have to pick. You don’t like either one? Tough!

Marriage is an apt analogy because Prince Harry made a choice both to be married and whom to marry. He had wide field from which to choose, being a dashing prince and all. He chose Meghan Markle. Now she might be a very nice person but she is a divorcee, a TV actress, and seems to have a dysfunctional family. I mention, too, that she is an American and half African-American to boot. All told she is a cultural distance from the Royal Family. Trouble has brewed. Who would have guessed?

Emotion comes into play in personal relationship and these can lead one astray. It’s best, and surely possible, to keep emotion at bay when it comes to changing constitutional arrangements.

Here is a non-exhaustive list of some of the things I would like spelt out before I would vote for a republican model. And, bear in mind, lots of things which are now underpinned by convention and tradition would have to be spelt out. Convention and tradition can’t be invented overnight. I am not an expert, so bear with me. After all, cometh the day, it’s us non-experts who will be called upon to vote.

# How will El Presidente be appointed or elected and for how long?

# How can El Presidente be removed from office for malfeasance and by whom?

# What does malfeasance consist of in this case (“treason, bribery, or other high crimes and misdemeanours” perchance)?

# Who will take the position temporarily if El Presidente is removed precipitately, becomes incapable of acting or dies in office? If there is provision for an Administrator or deputies to take over, as of now, how will this equivalent person (or persons) be appointed?

# What are the exact powers of El Presidente and the circumstances under which those affecting the conduct of government or the parliament can be exercised? Will these powers include the dismissal of the prime minister?

# How does having a republic square with State governors appointed by the Crown? Maybe the constitutional legalities of this can be worked out but it seems to be a very funny arrangement and surely not sustainable.

All I have heard from republicans is an emotional invitation to buy a pig in a poke. This might win some, undoubtedly many, hearts. It shouldn’t win many, if any, minds.

Those on the Left, usually republicans all, are prone to instant gratification and hang the details and consequences. They are like children. Whether they turn their minds to the economy or to health or to education or to the environment, they are ever ready with madcap unaffordable schemes to make life “better”. Inevitably, conservatives have to clean up their mess. The effects of unwise constitutional changes are hard to clean up. That’s why the Founders made it difficult to make changes.

It clearly isn’t broke, so why fix it? On the other hand, if something better can be developed, set out in detail and explained, maybe it should be considered. All of the hard work this entails is the responsibility of those who want the change. Over to the ARM and Peter Fitzsimons. I hope they are up to it. I know that David Flint and Australians for a constitutional monarchy are up to finding holes if they exist. That’s comforting to conservatives, like me, who are suspicious of ill-thought-through change for change sake.

Doubts of a Driverless Denier