Wanted: a ‘Positive Deviant’ in the Trump Mould 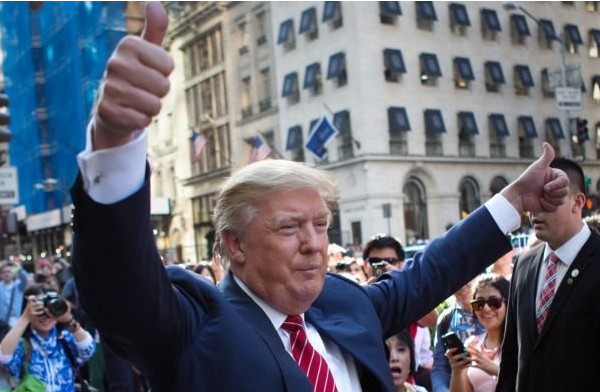 Here is how he discovered the theory.  He was at the time living in New Zealand, and as a visitor was having trouble arranging health insurance for his family.  He tried repeatedly to get people at health insurers’ call centres to clarify complex systems, explain options and provide basic assistance.  To no avail.  After a time he figured out a solution.  He began to cut off the call centre folks mid-conversation and, using call centre shortcuts, keep trying different people till he found someone who would offer him practical help – solutions even – sympathetically acknowledge his frustrations and, above all, stop simply spouting the company line.  And really, really annoying him.

He concluded that about one in four employees was actually interested in customer service and not merely in getting rid of difficult complainants – “managing them” – and so making life easy for “company policy”.

Anyone who has suffered from CCHC (call centre hatred complex) – and who hasn’t? – will relate to this story. But my friend went further.  He concluded that these oddball helpful employees who bucked standardised behaviour actually saved companies from the wrath of their customers and helped them to survive.  Absent positive deviants, many an organisation would go bust amid a welter of seething malcontents.

We live in an era of not just cynicism about the political class but, for many, of genuine hatred – of politicians who insist on solving problems we don’t have, who interfere in our lives, who tax us to the max only to squander our money on idiot schemes, who speak in talking points and gobbledegook, who talk about and, alas, act upon, issues that concern no one, who sell off our assets to foreign powers, who are tethered to ideologies when what we need is “club sensible” policies, and, above all , who don’t do what they say they will.

This cynicism, bordering on hatred, has delivered many widely known examples of popular pushback.  Pushback almost universally derided as “deplorable” by the Davosoise (as the eminent American conservative John Fonte and authors at the former Journal of American Greatness have described the globalista class).

The ultimate political positive deviant, of course, is Donald Trump.  And, wow, has he been under siege.  Basically, he has thrown a live grenade into the cesspit that is American politics.  He and his ghastly Deplorables.  He has pitched American politics a curve ball.

He may just have rescued an American political system thought almost beyond hope in the eyes of the average voter – a system run by crooks, shysters, chancers, hangers on, Deep State bureaucrats, politicians who don’t address normal people’s issues and endlessly bang on about ones they don’t care about.  For Trump has done many weirdly normal things, things that people outside the Washington Bubble actually like – and, just about as important, talked the language of the everyday person.

Trump has created the atmospherics for creating good jobs and incentivised those who create jobs. He has implemented a controlled, sensible, non-theory-driven and strategic economic nationalism. He has repeatedly given the middle finger to a media hopelessly disconnected from reality. He has refused to be cowed by those who scare most governments into “climate action”. He has given foreign policy grounded in realism a pretty good shot. And he has more or less done what he said he would do, given that everyone else in the system has tried to stop him doing just that.  He has given conservatives some serious red meat.  Look at the composition of the Supreme Court, with more joy to come pending a 2020 victory.

An obvious question for us Down Under: where are the positive deviants of Australian politics who might just save the system from the utter cynicism that has gripped the country?

Many Australians think, rightly, that politicians are either on the take, or wedded to ideologies and the disastrous policies that are downstream from them (climate change, privatisation, light rail, new urbanism, wasting water, making water unaffordable for farmers in a drought), or simply say anything without believing it, or break promises routinely, or forever tell us how to lead our lives, most often while spouting politically correct rubbish.

While the American system, with its republican form, primaries process and separated arms of government, does allow – admittedly not very often – for non-machine political figures like Trump to emerge and to prevail, our system seems not to, alas.  At least as it is currently constituted.  We are totally constrained by factionalised and rigged pre-selections, a circle-the-wagons political protectionism that seeks at all costs to protect “the party”, committed log rolling and deals, a shared wokeness and a coward’s utter fear of social media driven mob fascism.  The latter, of course, is shared by feeble corporations and the cowering class generally.

On the right, we have had the now departed Cory Bernardi, in many ways the Ted Cruz or Marco Rubio of Australian politics – earnest, only occasionally outrageous, policy driven and patently conservative in policy orientation and in brand, and well-meaning – who didn’t get to first base with his relatively conventional approach. Bernardi’s attempt at positive deviancy didn’t achieve cut-through with the clearly disgruntled punters.

Tony Abbott was another obvious contender.  Enough has already been said on Tony.

Pauline Hanson?  As the billboard outside the tiny town of Tiaro (pronounced Tiro) near Maryborough in Queensland says, “I say what you all are thinking”.  Yes she does.  And she has Trump’s down-market cred.  She has been a trooper.  But she has been narrowly focused on the migration issue, or at least has been seen as such.  Treated as a joke by the left of centre hipsters for a generation, she still survives, even prospers.  But does she have the base to broaden her support base into a positive deviant force that will shake Australian politics?

Not on her own.  But she now has an offsider in New South Wales that could just provide the gravitas she has hitherto been lacking.  His name, of course, is Mark Latham.  He hates the right people.  He is a scrapper who has mellowed and shaped his always innovative policy inclinations towards an emergin, cranky base of ordinary Australians.  His eminently sensible policy platform at the recent NSW election, where he was incredibly successful, has been augmented by outbreaks of much appreciated sanity —  see under abortion, Margaret Court and his general abhorrence at the sleazy deal making between the Liberal Party of Michael Photios and the homo-fascist Greens.

Latham has potential appeal to a cross-section of the disaffected.  Brand appeal, profile, policy respectability, political smarts and brilliant instincts.  He talks, and people listen.  Mind you, he stands out, especially in NSW politics, for the lack of credible competition.  NSW is the last refuge of the political no-hopers, and has been since about 1992.

Yes, we do need a positive deviant.  Badly.  Someone who connects with the punters, who is grounded, a fan of the late Christopher Pearson’s “club sensible”, purposeful in his intent to do good politically, instinctively non-ideological, and, above all, has cut-through.  Just list Trump’s characteristics.  That is the job description.

All we need is applicants.

‘Shut up’, the Mayor Argued