Bah-Humbug to Christmases That Aren’t 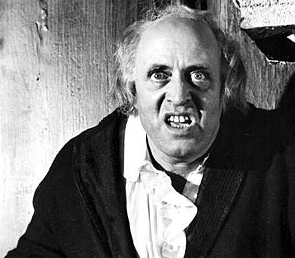 Diversity nowadays seems to mean all colours but white, any sexuality but heterosexuality, any gender but male, any age but elderly, any religion but Christian and any ethnicity except Anglo-Saxon. It’s no surprise, then, to hear a spokeswoman for Diversity Council Australia requesting workplaces gather for “holiday drinks” instead of “Christmas parties” so as not to “offend” non-Christians. Sadly, the “cultural diversity” suggestions don’t end there.

The Diversity Council wants bosses across the nation to practice what it calls “inclusivity” by celebrating the holidays of other faiths and nationalities, such as Ramadan, Diwali and Hanukkah. “Inclusive” dietary requirements are also on the PC menu. Take this to mean prawns and pork, which some creeds eschew, shouldn’t be available on the buffet table for those who don’t.

My beloved hometown of Perth, just now rejoicing in the legalisation of euthanasia, is also celebrating the fact they have decided to water down Christmas festivities which, according to the DCA’s spokeswoman, needs to be ‘representative and inclusive of the city’s multicultural community.’ The laughable part of this, of course, is that the 52.1 per cent of those living in Australia who nominate their faith as “Christian” are urged to be discreet about it. That’s not inclusion, not at all. That’s exclusion. Can you imagine an Australian turning up to, say, a Muslim country and expecting “inclusivity” for his or her culture, faith and way of life?  Try that and the locals’ laughter would be the least of your problems, as Egypt’s Copts might tell you.

When you visit a country, you respect their culture and traditions, which is only good manners. And if you decide to live there, well you abide by those same laws and customs. It’s pretty straightfoward, yet somehow things are different when you bear the “stain” of whiteness. You must feel guilt, you must apologise for your existence, you must embrace wokeness and, most of all, you must genuflect before the religion that is political correctness.

I am proud to have an eclectic group of friends and family members of multitudinous ethnicities, faiths, socioeconomic backgrounds and sexualities. People are people and I certainly embrace the idea of other cultures being recognised on their individual days, but not in exchange for the erasure of Judeo-Christian traditions and festivities. Last year the classic Christmas song, Baby It’s Cold Outside was pulled off the airways because the Church of Woke decided the witty and catchy tune (written in 1944) was about drink-spiking and date-rape.  It’s actually about seduction, but I digress.

Will White Christmas by Irving Berlin, who happens to have been Jewish by the way, be targeted? My friend’s child was told that it would be best not to bring Christmas Cards to school and give them to her friends because, yes, it might offend. Offend who?  She’s six!  Kids don’t get offended, that’s an adult thing. Lamentable as that instruction is, it cannot compete in the asininity stakes with the Melbourne kindergarten that proudly informed parents it would be replacing Santa with … wait for it … the Sustainability Pirate.

I’m done with this woke-state niggling and constant chiding! Me, I love Christmas. It’s a time when I feel very connected to my late parents, and I go all-out to celebrate it. Might I suggest, in the spirit of the season, that readers also go all-out, in part by wishing a merry time to all and sundry without rapid-fire silent appraisals of your interlocutor’s name, dress, skin colour and all other factors that might suggest the taking of “offence” as defined by the nannies and cultural engineers of the Diversity Council.

Do it not in protest but in solidarity.

More Farce Than Class at the ABC

A Sleepwalker Stumbles on the Right Answer

The Tsar and the Sultan