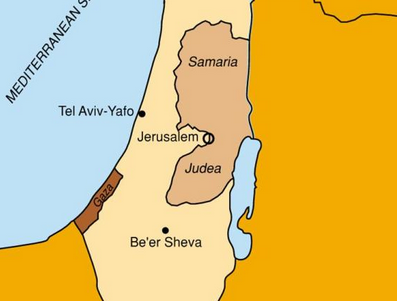 US Secretary of State Mike Pompeo has declared that Jewish settlements in Judea and Samaria will, for the US, no longer be regarded as illegal. This reversal of long-standing policy is no less than a change of paradigm. This declaration, however, does not change the US position on Judea’s and Samaria’s jurisdiction – it is for the parties to determine.

This seemingly unexpected announcement in mid-November triggered a firestorm of condemnation, denunciations and threats around the globe, including from morally upright, ‘woke’ Australians. The shock and ensuing venom with which anti-Israeli mobs reacted cannot be overestimated. It ranged from hysterical proclamations of ‘Death of the peace process, irresponsible behavior and the breach of international law’ by the Palestinian Authority ‘moderates’, to traditionally blunt Iranian threats to annihilate the Jewish State, and to further barrages of the Gaza Strip jihadis’ rockets.

The supposedly pro-Western Jordanian Government’s foreign minister, Ayman Safadi,was ‘concerned’ about ‘dangerous consequences’ and warned that “Israeli colonies in occupied Palestine ignore international law and prevent the possibility of conflict resolution by the creation of two states for two people.”

He did not explain under which international law Jordan has occupied Judea and Samaria for 20 years and then settled these areas with then Jordanian citizens. The paradoxical aspect of this hypocrisy is that he will claim that Jordan did not break any international law by moving citizens to disputed areas. He will be correct, because no law prohibits settling in a territory under no-one’s jurisdiction.

Judea and Samaria have always been the historical heartland of the Jewish people. They have maintained an unbroken record of connection to this land since Biblical times, some three thousand years ago. They have never formed part of any Arab state, which could possibly have legitimately claimed them – because there were no Arab states. International law, often cited as being broken by Israel, does not apply to areas under nobody’s jurisdiction, the legal status of these territories when Israel re-conquered them.

This situation has an historical precedent – the Reconquista of  Spain. The Christian armies, after their loss of the Iberian Peninsula and after centuries of Moorish rule, defeated the  occupiers and retrieved their native land by force of arms.

None of the above precludes direct negotiations between Arabs and Israelis to settle jurisdiction. The idea would have to be acceptable to the Arabs, notorious for their ‘all or nothing’ attitude, ie Israel’s ceasing to exist.

Considering that this paradigm has not brought joy to either party for the past 70 years, one can only hope that a rational compromise could be achieved and that the Palestinian hierarchy will not again ‘miss an opportunity to miss an opportunity’. The long-suffering Palestinians are in danger of being forgotten and abandoned by their brethren, who treat them as caged captives, good for only one purpose – to destroy Israel.

The US decisions to transfer the US embassy to Jerusalem and disregard the settlements as illegal are acts of supreme political realism. They could give the Palestinians the freedom to throw off the shackles of the delusion that they could defeat Israel. Now they could start negotiating a real peace, a real separation, their real survival, instead of the current tragedy of loss of life, destruction and fear.

Regrettably, ‘peace’ as the West knows it is not even conceived of in Islam. The closest is a hudna – as exemplified by Mohammed’s unexpected return to attack the Quraishi again – a temporary truce while withdrawing and re-arming. That is the Islamic version of ‘peace’. As Mohammed said in his 632AD farewell address, “I was ordered to fight all men until they say ‘There is no God but Allah.’”

If I had an opportunity to talk with the Palestinians, I’d say , “Haven’t you suffered enough? Haven’t you lost enough children in senseless violence, which you could have avoided in 1948? You would have had our own State then. Do you simply hate Jews?

“Well, I think that the Israelis will survive without your love. Your hatred, the real enemy, corrodes your soul, stops you from being free and prosperous. Don’t you wish a future for your children? Or was Golda Meir right when she said that you hate the Jews more than you love your own children?

“You have a choice. You can either continue to believe falsely that you can destroy Israel, or you can abandon that thought and start talking to your ‘enemies’ about living in peace the Australian way – ‘live and let live’. It won’t be easy – there’s a lot of hurt on both sides. But if your Jewish neighbours could believe that you are serious this time, you might be pleasantly surprised.”

I gratefully acknowledge the help of Dr Peter Arnold OAM in writing this article.

Israel’s Right To Hit Back