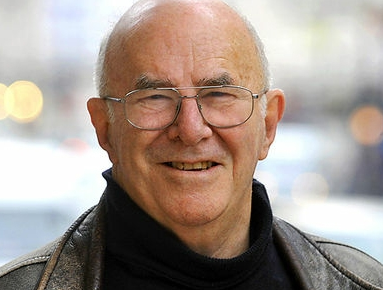 Clive James has passed away at his Cambridge home and while his death had been long expected — he had fought a slow, losing battle with leukemia since 2010 — the idea that he is lost to us is nevertheless hard to accept. As New Republic put it in 2010, attempting to explain Clive’s significance to American readers:

But try, if you will, to imagine that David Letterman also wrote long, charming critical essays for The New York Review, published more than 30 books, issued memoirs that moved readers the way Frank McCourt’s do, knew seven or eight foreign languages, and composed poems that were printed in The New Yorker, and you are getting close.

When England loses Clive James, it will be as if a plane had crashed with five or six of its best writers on board.

A devoted, dear and longtime friend of Quadrant, Clive’s wit and insight pepper our archives. Below, a sampling of the many reasons the world is today so much poorer for his passing. But first, as a reminder that five decades’ residence in England had not in the least thinned or in any way diminished the Australia that was in his blood, an expat’s memory

Too frail to fly, I may not see again
The harbour that I crossed on the South Steyne
When I was still in short pants. All the boys
Would gather at the rail that ran around
The open engine-room. The oil, the noise
Of rocking beams and plunging rods: it beat
Even the view out from the hurdling deck
Into the ocean. The machinery
Was so alive, so beautiful, so neat.

Years later the old ferries disappeared,
Except for the South Steyne, which looked intact
Where she was parked at Pyrmont, though a fire
Had gutted her. I loved her two-faced grace:
Twin funnels, and each end of her a prow,
She sailed into a mirror and back out,
Even while dead inside and standing still:
Her livery of green and gold wore well
Through years of weather as she went nowhere
Except on that long voyage in my mind
Where complicated workings clicked and throbbed
And everything moved forward at full strength.

And then, while I was elsewhere, she was gone:
And now I, too, await my vanishing,
Which, unlike hers, will be for good. She went
Away to be refitted. In her new
Career as a floating restaurant
She seems set for as long as oysters grow
With chilled white Cloudy Bay to wash them down:
A brilliant inner city ornament.
But it is better to be always there
Than out of it, and just a fading name?
For me, her life was when the engine turned.
Soon now my path across the swell will end.
If I can’t work, let me be broken up.

Clive James in Quadrant on

James McAuley: There You Come Home

Les Murray: The Purpose of Poetry

Robert Conquest: The Whisper of History

A Shrunken and Untied Windsor Knot of Royals?