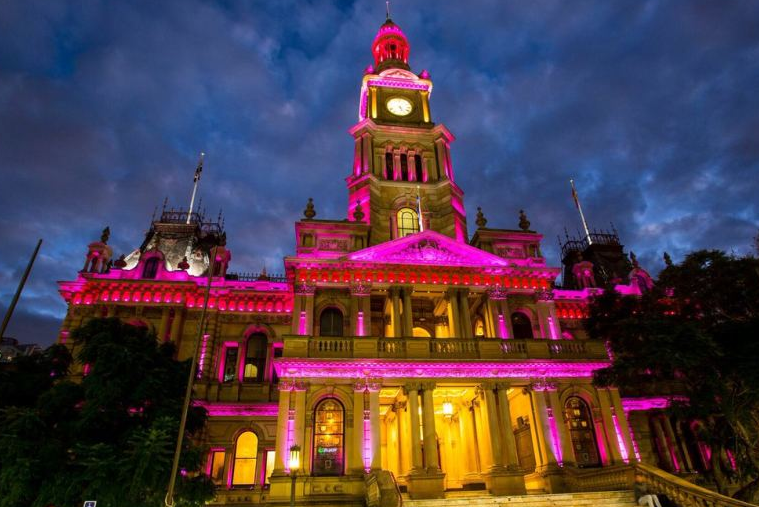 In watching the unfolding drama over Minister Angus Taylor’s cack-handed expose of Sydney City Council’s travel expenditures, I was struck by the minuscule amount spent on overseas travel by councillors in 2017/18 — just $1,727.77.  So I had a look at the Annual Report.

Sure enough, only two councillors took overseas trips that year, Cr Jess Miller and Cr Robert Kok.  They both attended the Chengdu Global Innovation & Entrepreneurship Fair in Hong Kong and the Tokyo Forum for Clean City & Clear Sky in May 2018.  The only cost incurred by the City of Sydney for these trips was the two councillors’ incidental expenses – presumably the $1,727.77.  So it is reeasonable to assume they covered their own costs or, perhaps more likely, some generous benefactor funded their airfares and accommodation.

Five people attended the Tokyo Clean City and Clear Sky conference but airfares, accommodation and incidentals were paid for only one of them.  The other four incurred incidental costs only.

The table that lists all these trips appears under the heading “Details of overseas visits during the year by Councillors, Council staff and other persons representing the City (including visits sponsored by other organisations)”. A sample of those trips is pictured below, taken from the travel ledger found on pages 12-14 of the Council’s annual report. 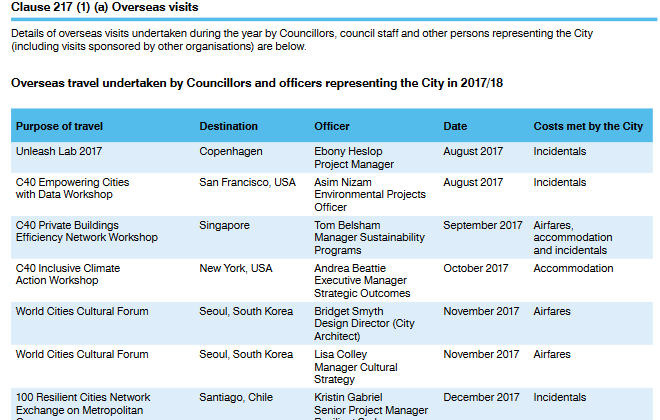 Considering that 21 of the listed trips were sponsored by another organisation to the tune of airfares or accommodation or both, it would be interesting to know who these sponsors were. The report does not provide similar detail for interstate trips but I’m betting we would see Council as a recipient of similar invitations in this space as well.

I suggest Treasurer Josh Frydenberg urgently contact the financial controller at Sydney City Council and get the name of that benefactor.

The point of Taylor’s ill-judged attack concerned the amount of money expended on travel only to the extent that it indicated how much CO2 emissions the woke and climate friendly Sydney City Council had generated in overseas junkets.  Junkets such as two representatives to the Venice Architecture Bienniale Conference.  Or two to the World Cities Cultural Forum in Seoul.    Or two to the Innovations in Creative Space and Placemaking Study in Toronto.

All in all, well short of what Taylor foolishly claimed but still worthy of at least a raised eyebrow.