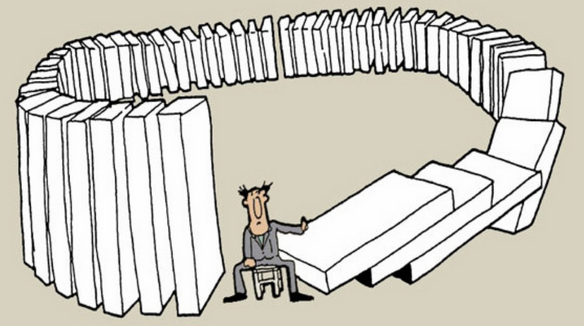 Israel Folau has been roundly condemned for his sermon suggesting that droughts and bushfires might be God’s punishment on Australia for its stance on same-sex marriage and abortion. The Prime Minister called Folau’s remarks “appallingly insensitive.” Why exactly are they insensitive? Is it insensitive per se to attribute blame?

Would it be insensitive to blame those who lit some of the fires or those who mismanaged fuel reduction in cooler months or simply the intrinsic vulnerability of Australia’s natural environment? It would be insensitive not to care about those in harm’s way or to blame them personally. But Folau didn’t do that. Let’s keep perspective.

First, he is entitled to his views and to express them. Second, he is a lay preacher in his church and blaming earthly woes on immoral behavior is hardly a novelty in the annals of Christian preaching. Countless preachers have trod that road. Were they all insensitive?

Too many people get uptight about too many things these days. Think about it; is it more or less insensitive that Folau attributes bushfires to God’s judgment or that a Greens Senator accuses the major parties of being “no better than a bunch of arsonists”? The answer is that neither are insensitive unless you are intent in seeing them that way. One is presumptuous, which I will come to, the other childishly idiotic.

Folau got into trouble in April for paraphrasing, accurately enough, a passage from 1 Corinthians. This is the passage which now, in these enlightened (or is it benighted) times, dare not be said out loud:

Do not be deceived. Neither fornicators, nor idolaters, nor adulterers, nor homosexuals, nor sodomites, 10nor thieves, nor covetous, nor drunkards, nor revilers, nor extortioners will inherit the kingdom of God. And such were some of you. But you were washed, but you were sanctified, but you were justified in the name of the Lord Jesus and by the Spirit of our God.

Of course, no one cares about damning the sexually immoral, or idolaters, or thieves, or adulterers, or drunkards, or swindlers, or slanderers. It is the men-having-sex-with-men bit that is apparently off limits. Fine, if you are so minded, get stuck into St Paul for writing the passage and Folau for passing it on. The messenger is fair game in the public square of free speech. But to take away his livelihood? Really! When did Australian society become so tolerant of the intolerant? And why isn’t the prime minister appalled about that?

Folau isn’t the problem here. The problem is the anti-Christian, woke, intersectional, censorious, cancel-culturing, age we live in. Maybe God will make us pay a price. Sorry, I don’t know what I was thinking there.

When I am in my Anglican church on Sunday and there is a drought in Australia we pray for rain. We therefore believe that God can and does intervene. I suggest that this means we can’t rule out His intervention to punish transgressors and transgressions. Certainly, the God of the Old Testament meted out a deal of punishment for transgressing.

One letter that I read, and there were others like it, said this: “As a Christian, I would like to apologise for Israel Folau’s comments. When Jesus walked the Earth, he had compassion for everyone.” This is the actual Jesus from Matthew:  “And then I will declare to them, I never knew you, depart from Me, you who practice lawlessness!” And this is Jesus when sending out his disciples to preach: “If anyone will not welcome you or listen to your words, shake off the dust from your feet as you leave that house or town. Truly I tell you, it will be more tolerable for the land of Sodom and Gomorrah in the day of judgement than for that town.”

People understandably focus on the loving side of God but He isn’t a soft touch. Jesus refers to judgement and to Hell many times. In remembering that Jesus saved the adulteress woman from stoning we should not forget that he instructed her to sin no more.

Folau might believe he is being guided by the Holy Spirit in saying what he says. I don’t know and can’t speak to that. But I think he is on shaky ground, not only figuratively speaking but literally. The world we live on is not an inert piece of rock. Natural disasters of all kinds are common.

It is a very long bow to attribute this or that disaster to Divine retribution for this or that sin. Folau’s views are not at all appallingly insensitive. But they are, to my way of thinking, presumptuous, in so far as they portray knowledge of the unknowable mind of God beyond what He has revealed to us in scripture.

Being grounded doesn’t go astray. We surely know that we pay for our sins, down here at least, by the trouble they bring us. We are, on the whole, moral beings and acting against our nature brings us unhappiness, which often leaches over to those close to us. We don’t need to bring in bolts from heaven to suffer the wages of sin.

The Conservative Case for a Republic