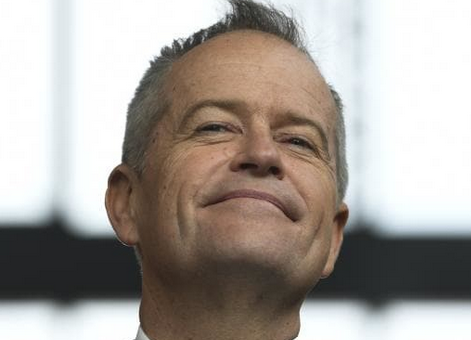 Election-loss post mortems are difficult. What softens the blow is the practiced art of deflection. We took too many policies to the election seems to be one of the Labor Party’s main excuses. What does it mean? If all of the policies were excellent how can there have been too many?

Trump took many policies to the election in 2016. Off the top of my head: deregulation, lowering taxes, becoming energy independent, renegotiating damaging trade deals, confronting China, dealing with the flawed Iranian deal, leaving the Paris climate agreement, getting out of foreign wars, rebuilding the military, putting conservatives on the courts, securing the Mexican border, building infrastructure and more. Apparently, this wasn’t beyond the mental capacity of those sixty-three million Americans from all walks of life who voted for him.

Maybe Bill Shorten thinks Australians are dim and can’t handle multiple policies. Of course, he doesn’t think that. It’s simply a deflection from the sheer awfulness of their policies to blame our incapacity to take in their multiplicity.

First, when the budget is close to balance and the economy hardly buoyant, it makes no economic or political sense to go to an election promising to increase taxes. That perhaps shows that Shorten, rather than anybody else, is dim. Does it make sense to hit negative gearing and capital gains when the property market is stumbling? I don’t think so. That perhaps shows that Shorten has a tin ear for economic trends, which is not an advantage for would-be prime ministers.

Then Labor proposed crippling climate polices with no idea what effect they would have on the wellbeing of Australians, no analysis of their effect in specific regional areas and no idea of their direct and indirect costs. And they wanted to be elected? I suppose the other side of the coin is that that they didn’t lose by that much. I prefer not to think too hard about that. It might produce an unflattering commentary on many of my fellow Australians.

Then, to cap it off, in all of its idiocy, Labor proposed to remove cash refunding of franking credits. People can have different views about what to tax and what not to tax. It’s all a dog’s breakfast anyway. However, I think that the Australian system in the area of taxing dividends makes sense.

Dividends are taxed in the hands of taxpayers at whatever is their personal marginal rate. A refund is then allowed for tax paid by the company. So far as it goes, it’s logical and fair.

Have a different view if you like, but it requires a particularly warped mind to allow multi-millionaires to take advantage of franking credits while denying them to those self-funded retirees scrimping a living from their self-managed superannuation funds. Those hardest hit were single women in their seventies apparently, many earning as little as $35,000 per year and facing, say, $7,000 of that and more being unceremoniously ripped off overnight. No phasing in, no grandfathering, and no cutting in only beyond a certain amount. It was beyond unconscionable, yet weirdly defended by some.

Before his election catastrophe, Shorten glibly, smugly — superciliously is the better word — described struggling retires as receiving a “generous gift.” And here he is now reflecting: “We misread the mood about franking credits,” Mr Shorten said in a press conference on Sunday [6 October]. “In hindsight there were a lot of people who felt vulnerable.”

Who speaks like that? Would he describe those facing a firing squad as feeling vulnerable? We sure as heck missed a bullet in not electing such a contemptible double-talker. People felt vulnerable, he says. Yes, lots of old vulnerable people did, because he was about to put them on Queer Street. And to slug them with increased power prices as an inevitable result of his mad climate policies.

Of course, let’s not forget, Shorten was not alone. There was his co-conspirator Chris Bowen along with the rest of his front-bench colleagues, including Anthony Albanese. And why stop there, all Labor federal parliamentarians and candidates went along with it. They were all complicit in the proposed gouging of retired people on very modest incomes. What a sad and pathetic Labor legacy!

It will be interesting to see Labor’s review of its election loss when it comes out. Wouldn’t it be refreshing, having lost the unlosable election, if it were to concede its policies were totally misconceived, as they clearly were, instead of deflecting and spinning. If Shorten’s reflections are any guide, expect deflection and spin.

3 thoughts on “Bill of Goods”

Queer as a Three-Reichsmark Note

The Unknown Enemy in Plain Sight