Let Us Not Engender the Abuse of Meaning 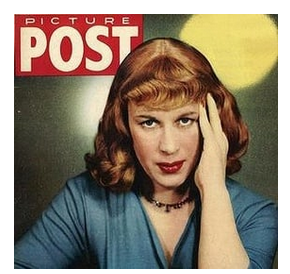 In his essay Politics and the English Language George Orwell wrote:

A man may take a drink because he feels himself to be failure, and then fail all the more completely because he drinks. It is rather the same thing that is happening to the English language. It becomes ugly and inaccurate because our thoughts are foolish, but the slovenliness of our language makes it easier for us to have foolish thoughts.

On Fox News the other day Tucker Carlson interviewed Ralph Abraham, a Republican Louisiana gubernatorial candidate who happens to be a medical doctor experienced in delivering baby girls and boys. Both madly agreed that there are only two genders; thus, all unbeknown, falling into a linguistic quagmire. Taking a lead from Orwell, this is me writing to Carlson:

You interviewed a doctor today running for a state governorship. Both you and the doctor referred to gender not to sex. Language is important in moulding culture. There are two sexes, male and female. Using the term gender — a modern affectation transposed from the field of grammar, where it is used in some languages to describe the masculine or feminine forms of nouns and pronouns — muddies the water.

Sex is the right word as a noun to cover the two categories of people, according to their reproductive function. Stick to that and you expose the foolishness before it gets to first base.

The replacement of the word “sex” by the word “gender” may be a product of random slovenliness. Though I suspect intelligent design on the part of leftists and their LGBTQI allies. Whatever its provenance, it has contributed to foolish thinking. Thus, it is not hard to find lists of 70-or-more genders, replete with imaginative names and descriptions.

When on holidays in the UK earlier this year I picked up a copy of the now defunct weekly magazine Picture Post, dated April 3, 1954. My interest was piqued when I saw on the front page that it had a feature on my old home town of Liverpool. Luckily, as I later discovered, it also had part 4 of Roberta (formerly Robert) Cowell’s “own story.” Racing car driver, fighter pilot and prisoner of war, Cowell (1918-2011) was one of the first men, and the first Briton, to have sex-reassignment surgery, which he underwent in 1951.

I wish I’d known what was inside the mag when I bought it. I would have searched around for the immediately preceding three issues because Cowell tells her story in a charming 1950s kind of way; when, so to speak, men were still men and women women:

I used to stroke my face occasionally, a gesture which a man often uses but a woman never. Standing back to the fire and going up stairs two at a time had to be avoided sedulously…When my nature became softer and less aggressive, I made the discovery that I could actually shed tears!… I discovered that cooking was surprisingly difficult and complicated, but very rewarding.

Love it and there’s lots more like it; but, to my point. Cowell claimed to have “XX male syndrome,” which she believed justified her transition. To quote from a medical source, this syndrome is “characterized by the presence of an XX [female] sex chromosome complement in an individual with male genitalia including both testes but no sperm production.”

Cowell spoke with disdain of those men with XY chromosomes who underwent sex reassignment. At the same time, she fathered two children when married. That does not square with her having the syndrome she claimed. But keep an open mind. Men with XX syndrome might not have a normal sex drive and, ahem, paternity can be hard to pin down. Need I say more.

In rare cases babies can be borne with varying degrees of mixed sexual characteristics, such as those with XX syndrome. But this is because something has gone wrong. It should provoke sympathy and support, not celebration. And Cowell did not celebrate but instead wanted badly to wholly join one of the two sexes. She (known as he at the time) was not at all happy to occupy some twilight world. Yet why not, if there is indeed a multiplicity of legitimate sexual identities.

Some people born male go to uncomfortable and distressing lengths, through hormone treatment and surgery, to take on the appearance of women. Equally, some people born female do the same kind of thing to take on the appearance of men. They are not faced with an à la carte menu of choice of many genders when being wheeled into surgery. There is only one alternative “sex” on the menu.

It is self-evident. There is no third sex, never mind sixty or seventy. Not even the LGBTQI crowd can pretend otherwise. Hence, resort to the nebulous word “gender” and its insertion into the language as replacement for the well-defined word “sex.” It needs to be opposed. To go back to Orwell,

…the process [of using slovenly language] is reversible … if one is willing to take the necessary trouble.

Let’s take the trouble by correcting those who say gender when they mean sex.

The Folly of Turning the Other Cheek

Finding the Courage of our Convictions