Democracy as a Threat to Itself 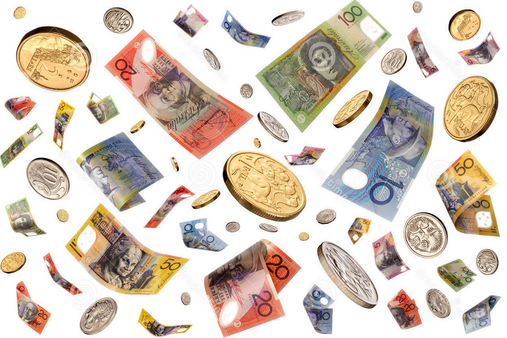 The present generation in the developed world is unique, so accustomed to peace, prosperity, quality health care, education and extended life expectancy that those blessings are taken to be the norm. Despite the histrionics of climate change doomsayers and ‘progressive’ green/Left haters of capitalism, we are still doing pretty well. This is why so many from the developing world wish to join us.

Unsurprisingly, the aspirations of intending migrants and of our Left elites coincide, and this symbiosis has the potential to undermine the foundation of democracy itself. How so? Well, the larger the number of voters who depend on government largesse, the greater the incentive to build and expand an electoral base by generously redistributing other people’s money. Sooner or later a mendicant electorate must inevitably consume not just the fat of the land but also the muscle and bone that drives growth and builds wealth.

“We are great. We are free. We are wonderful.
We are the most wonderful people in all the jungle!
We all say so, and so it must be true.”
— Jungle Book, Rudyard Kipling

As soon as the USSR collapsed, every republic held elections.  With some exception (the Baltic states), they saw formerly hard-line Communist bosses change colours, swiftly becoming ardent nationalists and democrats. Nothing much changed for the people though and  democracy became a dirty word for its many subsequent disappointments. A venal reality asserted itself. In every election, in every such country, people knew very well whom they chose and what kind of rulers they would get. Unfailingly, they chose candidates who promised more freebies — what the Russians call khalyava — with predictable and inevitable results. In Belorussia they elevated Lukashenko; Uzbekistan, Turkmenia, Kirgizia, Tajikistan, Armenia, Georgia and Moldova chose dictators from the outset. A parallel occurred after the Arab Spring, where Islam trumped Marx.

The West did not fare that much better.

In France it was Macron, now being vilified by Yellow Vests outraged by his feeble attempts to restore some balance between rights and responsibilities. In Britain, if the last election is a guide, half the population supports socialist globaliser and antisemite Jeremy Corbyn. From Berlin, former East German Komsomol leader Angela Merkel opened the doors to a million-plus refugees, the overwhelming majority country-shoppers of the economic variety.

In the Americas, Venezuelans chose Evo Morales and Hugo Chavez; in Canada they endorsed the prime ministership of immigrant-welcoming Trudeau Jr (although that could be about to change). In the US,  the Left chants ‘Orange Man Bad’ and fawns over Occasio-Cortes, the The Squad and Bernie Sanders, an unreconstructed socialist who actively campaigned during the Reagan years for Marxist fringe parties. They still adore Barack Obama, who famously declared that the business one creates belongs not to the creator but to the state, and who was no sooner installed in the White House than graced with a Nobel Prize on the strength of no known achievements other than, presumably, being elected while black.

Now they are cheering presidential candidates Joe Biden, another corruptocrat from Swamp Central Casting, and Elizabeth Warren, whose only valid element in her claim to Red Indian heritage is the red part.  She, too, wants to see capitalism go the way of the dodo.

The end of history?

Now we see how wrong was Francis Fukuyama. Democracy has not won. It is in retreat, threatened by its own ‘success’, by the self-destructive death wish of political correctness,  historical revisionism and the imported, culturally incompatible voteherds already in the West, with millions more clamouring to join them. Voters in the West are backing those who promise more khalyava, not good government in the interest of all.

This is where the interests of the Left elites, intergenerationally welfare-dependent families and migrants from under-developed countries coincide. Unemployable, unwilling or unable to assimilate, and reliant on government handouts, the common thread is the appetite for khalyava. For the elites, it builds a grateful power base. Those voters, knowing very well where the free cheese is coming from, return the favour by voting in their benefactors again and again. Sadly, so-called conservatives, not to be politically outdone, all too often feel they must to emulate the Left and bid big in the vote-buying auction. The trouble is, of course, that free cheese is free only in a mouse trap.

The compassion contest and its race to tempt votes with evermore free stuff will continue until, inevitably, the democracies run out of money. A compassionate society can exist and express its compassion only if there’s enough in the government’s kitty. Any sudden failure to provide these services seriously endangers social stability and cohesion; for that, look to Venezuela as the example of the moment. Is it any wonder “ethno-linguistic-religious” nationalism is rearing its head in those EU countries whose leaders welcomed so many ‘alt-cultured’  immigrants? With dwindling money, rapid population increase and social cohesion ripped asunder, one can only wonder just how long democracy can continue in its present form.

Democracy is fine in times of plenty, when the economy is booming and taxation coffers are full or, failing that, credit to borrow is unblemished. But what about the times when the economy is not performing? I am not banging on just about money. My concern  is the direction our society will follow when under pressure from those who take but do not give.  Most disturbingly, increasing  khalyava results in, among its other implications, reduction of expenditure on defence and thus enhances potential aggressors’ perception of our weakness. To put it bluntly, khalyava threatens our security and our freedom.

In order to avoid a democracy going bankrupt and being rendered defenceless it is imperative to reduce khalyava and re-prioritise budgets. To state the bleeding obvious, energy, security and defence should always come first.  Traditional Australian values — self-reliance, resourcefulness, hard work — should be restored. Not doing so can only lead to a further increase in the inter-generational underclass of non-workers who regard the financial support of their more industrious fellow citizens as no boon but, rather, an indisputable right. The need to limit the number of leaners is imperative and that means, I’m afraid, limitations on the conferring of Australian citizenship and the conditions of its issuance. Having been a charge on the public purse would be one point worth addressing.

We do not appreciate our ability to vote, which is not only a citizen’s right but also a privilege to be valued, respected and, indeed, treasured.  JFK asked “not what your country can do for you, ask what you can do for your country”. Enshrining mercenary self-interest at the ballot box is not one of those things.

Dr. Michael Galak wishes to express his most deeply felt gratitude to Dr. Peter Arnold for his support, counsel and, sometimes superhuman patience with the author’s  Russglish method of expressing English.