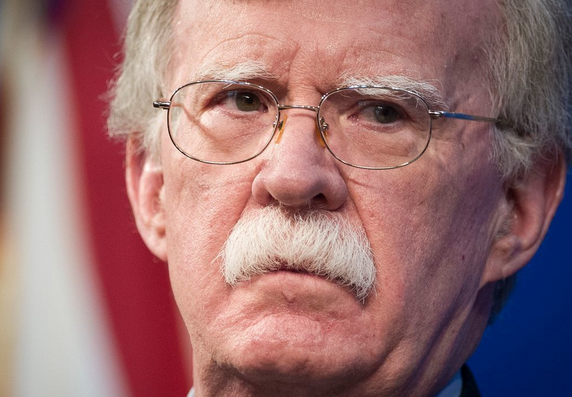 The dismissal of John Bolton as US National Security Adviser brings back to the surface my continuing doubts about Donald Trump. Not that he is infinitely preferable to any likely Democrat challenger. Indeed, I am relieved that he won the presidency against the truly appalling Hillary Clinton.

The Mueller witch hunt was truly a long running farce, based on entirely false premise. The collusion with Putin narrative was always absurd and easily refuted by actions, pursued with vigour, by the Trump administration. We only have to cite missile defence for Poland, the supply of anti-tank weaponry to Ukraine for use against Russian-backed forces, the accelerated facilitation of oil and gas exploration in the United States, the large increase in the defence budget and the Trump Administration’s withdrawal from a nuclear arms limitation treaty with Russia,  to expose the absurdity of the notion that Trump is in Putin’s pocket.

In practical terms, Trump has been more robust in his dealings with our adversaries. He understands the use of power and has shown more willingness to confront both Iran and China. By and large, he has been more steadfast in the defence of allies. His use of the term, “America First” is sometimes seen as a throwback to the old isolationism of the 1930’s. But apart from his reluctance to become or stay involved in civil wars, for example Afghanistan, which short of outright colonial rule, is an unwinnable mess, alliance security is an integral element of what he sees as America’s national interest.

There are those who will contrast Trump’s reluctance to go to war with Bolton supposedly itching to go to war at the drop of a hat. This is nonsense. Both men are alike in understanding that, in this day and age, the main purpose of military power is to deter aggression and minimise miscalculation by potential adversaries. But I suspect that Bolton’s resignation underlines an essential difference between Ronald “Peace Through Strength” Reagan and Donald Trump.

The Reagan approach, and for that matter, the Bolton approach to negotiation with adversaries, is to recognise that just like the  Soviet Union of old, North Korea and Iran are implacably hostile and diplomacy is only justified when the USs holds the upper hand. Witness Reagan’s famous summit with Gorbachev in Reykjavik in October 1986. Reagan held the technological ace in the form of the pending SDI anti-missile system, which the Soviet Union was unable to match. Although the summit was an apparent failure, the subsequent nuclear treaty, signed in 1987, gave the advantage to the US and underscored the increasingly weakened position of the Soviet Union. The old nuclear balance of terror was a key prop of the “evil empire”, and the notion that a Soviet ICBM attack could be effectively nullified was a seismic shock to the Kremlin.

US pundit Rich Lowry has an interesting take on Donald Trump’s contrasting approach, calling him The Mad Negotiator . I think that he points to an essential weakness in Trump’s approach which riled John Bolton. On the positive side, Trump’s attitude to adversaries is cynical and transactional. Any expressions of regard for the likes of Putin, Xi Jinping and Kim Jong-un can be dismissed as flim-flam. The real problem is that Trump treats them as common garden variety crooks, the sort of dubious characters in mobbed-up construction unions he was used to dealing with in his business career as a developer. John Bolton opposed this attempt to cut deals with implacable ideological enemies. In relation to North Korea, Trump’s diplomacy has only served to legitimise Kim Jong-un while failing to achieve anything of substance.

Donald Trump can try to play both the good cop and the bad cop. But getting rid of the bad cop Bolton may serve to weaken the US position. I hope that I am wrong.