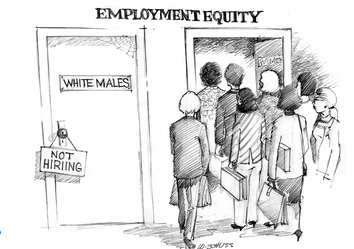 The #woke folks at the University of Technology Sydney have a stunning and brave idea to promote gender equality and support women. They plan to admit into engineering courses those with ATAR scores up to 10 points below the cutoff for men.

Even though this will  lower the average caliber of admitted students, UTS Director of Women in Engineering and IT, Dr Arti Agarwal, claims that will actually improve the quality of buildings and design.”Lots of research has shown that teams are more productive when they are gender-balanced: they come up with better ideas and better solutions,” she asserts.

Dr Agarwal might be referring to research like that conducted by London Business School which found men and women working in tandem can boost productivity since gender parity is said to undermine ‘groupthink’ and might encourage more thorough and critical decision-making. But this effect is likely to be negated when adjusted for lower academic ability which results from lower academic admission standards.

While proponents might argue that students will still be subject to the same academic standards once they’re admitted, the worse results and higher dropout rates that are to follow are just as likely to drive a push to relax academic standards again to ensure “better” graduation outcomes. After all, if lowering academic standards in the admission process can be justified in the name of ‘equality’, why not enshrine and apply  the same principle further down the line? Australian universities are already infamous for the relaxed standards applied to international students in order to see them pass them and ensure the steady stream of exorbitant fees they pay.

For the students who do drop out, this isn’t a mere problem for the individual alone. Under our taxpayer-subsidised HECS loan system, we’re all on the hook for the poor decisions of university students including both those who drop out without earning a qualification and those who transfer into a more suitable course which they might otherwise have pursued sooner. Students who can’t pay back their debt see this tab picked up by taxpayers.

Though it’s arguable that education is still worth funding, even if a degree isn’t earned or a student figures out what they really want only down the track, it’s an entirely different matter when a public university deliberately builds in a perverse incentive for less qualified students to enter courses, with the university itself bearing no financial risk.

Dr Agarwal also notes that women “ride in cars, we use public transport, we do all kinds of things … If they are only being designed and engineered by one gender, then the requirements and needs of the other gender can get missed a bit.” One wonders how society hasn’t collapsed yet with all the buildings and innovations designed to cater for disabled people despite the small number of disabled engineers out there.

While parity in gender representation might make some of us feel good, and also while recognising that discrimination and toxic workplace cultures can be real problems that need addressing, the reality that policy-makers cannot overcome is that women are simply less likely to be drawn into certain careers than men are and vice versa.

There is ample research to support that choice is the primary basis of gender under-representation. Studies have found that in countries such as Finland and Sweden, where women and men are afforded the same opportunities and even supported with generous schemes like parental leave and flexible working arrangements that reduce the effect of impediments to work such as motherhood, there is actually a greater under-representation of women in STEM fields. The greater gender parity in developing or ‘less equal’ countries was found to be largely the result of quality of life pressures whereby fields like STEM are often necessary to move up in the middle class.

It won’t sit well with inner-city hipsteristas, who reckon that gender is a social construct, studies have also consistently supported the role of personality differences between the sexes — differences which manifest quite naturally in career preferences. Men are more likely on average to be interested in things and women are more likely to take interest in people. This could explain why more men than women prefer the technical fields even though women are just as intelligent and capable as men.

The fairest thing we can do for students and the public supporting them is to treat people as individuals, not as representatives of identity groups. Establishing special cut-offs for women serves only to patronise and insults the intelligence of female engineers and women in general. The only winners of unfair schemes like this are taxpayer-funded bureaucrats who love social engineering.

Satya Marar is the Director of Policy at the Australian Taxpayers’ Alliance.

The ‘Sneaking Regarders’ and Their Boundless Hypocrisy

The Quandary of the Two Pope Francises