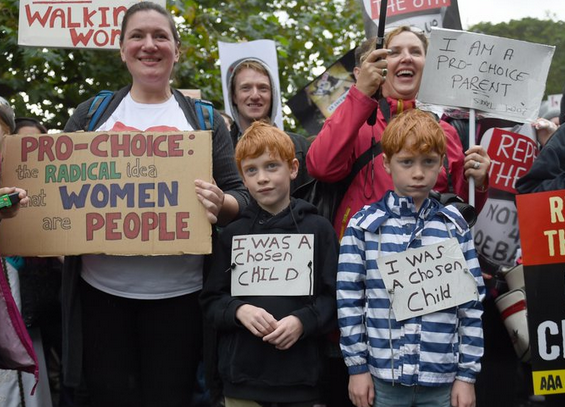 The late Sir Joh Bjelkie-Petersen many years ago singled out the 8th of the 8th ’88 as his proposed date of retirement.  He was not able to last that long.  Now some thirty-odd years later, the 8th of the 8th has new historical significance, in the country of Sir Joh’s birth as well as his adopted homeland.  And he might be spinning in his grave about the role of his once cherished National Party in the events of the more recent August.

The 8th of the 8th in 2019 will go down as the day that abortion on demand, up to birth, was enabled on both sides of the Tasman.  New South Wales was the last of the Eastern seaboard states to fall, and Jacindarella across the Ditch has also gotten on board the baby-killing bandwagon.  And the NSW legislation was promoted and introduced by a Kiwi import, no less.

The NSW Legislative Assembly vote was 59-31.  A similar bill passed the first stage of the process in the New Zealand parliament 94-23.

How long a journey it would have felt for many inside and outside the House for this day.  The time is right for us to put women’s dignity and rights at the centre of this discussion.

Such is the Orwellian newspeak so typical of this debate, where pretty sounding phrases gloss over bloody realities.  The NSW Legislative Assembly burst into cheering at the passage of the legislation.

In both countries, the abortion legislation was introduced under the cover of removing abortion from the criminal code.

There are subtle differences between the respective bills, for example, the NZ legislation is proposing to move from two doctors being needed to agree, to one doctor.  In New South Wales it will be two doctors.  But the differences merely amount to different degrees of ghastliness.  They are both creating radically new and liberal rules about when unborn human lives can be legally ended, under cover of “decriminalisation”.  And passed on the same day!

There is process difference as well.  In New Zealand, there is only one house for the legislation to pass, but there will be a committee process with an opportunity for public submissions.  No such luck in Macquarie Street.  At least, despite NZ First’s members supporting the bill there, they are pitching for a referendum.  I cannot see the Kiwi population at large voting in such numbers for allowing abortion up to birth.

There are many aspects of the NSW legislation, including its content, timing, the lack of warning to the electorate, the divide between popular and parliamentary opinion on the issue of late term abortion, the lack of protection for pro-life doctors, and the legislation’s enablement by a so-called party of the right, that have left genuine conservatives in a state of shock.

Tediously, the media, whose conduct in relation to this matter has been beneath contempt, even by the very low standards it mostly attains, sees the main issue not as the impact of the legislation on the innocent unborn, but rather in terms of the impact of the split in the Coalition on the political future of the Premier and the government.  Talk about getting things upside down.

The size of the anti-life majority in New Zealand’s parliament is truly gob-smacking.  Equally, in New South Wales, the callous indifference, not just to innocent life, but to the views of voters, of the leadership of the major parties is just as alarming.  Those supporting the radical abortion legislation include both the leaders and deputy leader of the ALP (not unexpectedly), the Premier, the Health Minister, the apparent contender for the premiership when Gladys is inevitably dumped (Andrew Constance), the NSW Nationals leader and his deputy leader.  Quite a bunch of conservatives there.

Constance (Transport Minister) recently said he was “appalled” by an advertisement on a sign by the highway (and on a Newcastle bus) which simply said that a four week old foetus has a beating heart.  That is too much like letting the truth seep out into the public consciousness.

John Barilaro, leader of the NSW Nationals, actually had (or his partner did) an abortion thirty odd years ago, he said.  That, I suppose, is at least putting your money where your mouth is.  He claimed that they just decided not to have “the little one”, and he still (now) couldn’t decide whether that had been the right thing to do.  This is the leader of the National Party.

Mark Latham, increasingly seen as the coming man in the sensible, principled centre of Australian politics, has brought to light the real reason for the NSW Premier’s otherwise inexplicable behaviour in relation to the abortion legislation.  It was a grubby deal!  Classic log-rolling behaviour when the legislative numbers are tight.  You support me to form a government, Mr Greenwich, and I will give you what you want.  The Berejiklian cat has been well and truly belled.  Her other manifest incompetencies, including bungled planning processes, vanity projects digging up the city of Sydney at great expense and for little gain, skyscrapers falling to earth and hole-in-the-ground stadiums, are all nothing compared to the foul taste in the mouth that this chicanery will leave.

The media’s role in the passage of this appalling legislation has been something to behold.  Beyond evil.  The reporting has been utterly misleading, likely deliberately so.  The media’s role here, in such an area of moral import and sensitivity, where the two opposing sides are endlessly speaking past one another, almost in different tongues, is critical.  The public has the right to know what is really going on.  We all know the ABC is lost, and simply cannot be relied on by anyone to tell the truth.  But on this issue the whole of the media has swallowed the pro-abortion line, and simply regurgitates anti-life talking points.  Hence the legislation is “historic”, it is simply about “decriminalising” abortion, “tidying things up” and, wait for it, “bringing NSW into line with other states”.  Only some good old fashioned journalism, for example from the Daily Telegraph in its coverage of the fact that NSW MPs did not vote to exempt gender selection as a basis for late term abortion, a truly astonishing development, has saved something of the media’s reputation as a reporter of the facts.

Just like with the behaviour of some so-called leaders on the right over same sex marriage, the passage of the abortion legislation on the watch of a Liberal-National government has the potential to re-galvanise the non-Liberal Party right.  The Nationals are lost, seemingly reduced either to buffoons or baby-killers.  Many conservatives on the ground are in head-shaking mode right now.  Clearly, some in the media have been blind-sided, and are likely ashamed at the generous support they have afforded the NSW Liberals.

That eminently earnest and well-meaning Liberal Party reformer John Ruddick has claimed: “The only hope for sound conservative government is the Liberal Party.”

Well, I am sorry but, watching the passage of radical abortion legislation in NSW, not just on the Liberal Party’s watch, but as part of a cynical power-related move by the Premier, is right up there with allowing Malcolm Turnbull his turn as a Liberal Prime Minister.  The number of Dis-Cons, apparently diminished as a result of Turnbull’s banishment from high office, will now only stir again, and grow, and grow more.  How the pro-life Liberal ministers (like Perrottet and Tudehope) who bravely opposed the legislation, can even sit in the same government room as smirking colleagues like North Shore member Felicity “I forgot where I lived and that I only had one degree” Wilson, is quite beyond me.

The Liberal Party is increasingly to be seen as a legacy political form in a new, fundamentally different era.  An era that will increasingly demand new alliances, new forms and new strategies by those who demand conservative policy on core, backs-to-the-wall issues.  Whether banging your head against a brick wall in the hopes of persuading genuine enemies in what once could be described as a “broad church”, even of getting opposing factions to agree to internal party rules, stick to them and recognise all opinions, is worth the effort must be a question currently being asked in the Liberal (and Nationals) branches.

How do conservatives for whom life issues are paramount actually stay in the Liberal Party? John Ruddick is dreaming.  There is serious anger building in the trenches.