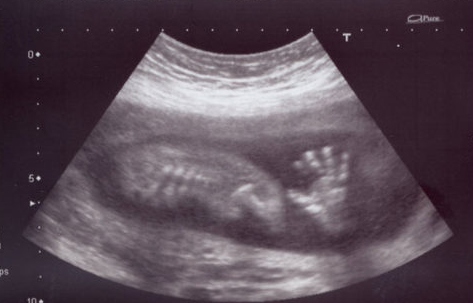 As Mark Powell observed in a recent article,  one of the main agendas of abortion advocacy is the ‘normalisation’ of abortion, in large part by stressing the allegedly high numbers of women obtaining terminations. Facing challenges when pregnant? So have an abortion. Everyone else is having one, so it’s entirely unremarkable — or so the meme goes.

What the activists’ tactic raises is some interesting questions about what kind of ‘normal’ we want to live with. While over a lifetime, if abortion rates remain static, 20-25% of women having abortions may be close to accurate, this is not representative of all women.  We can’t all look around our social group and imagine one in four in four or five of us have had an abortion, because not all women are equal in this regard.

This  survey of women accessing abortion in Victoria provides us a more accurate picture of a different kind of ‘normal’ for a particular group of women. Some 51 per cent of the women seeking abortion were holders of a healthcare card at a time when only 23 per cent of the general population had them.  This is an extraordinarily high, given that it includes only women of reproductive age, most of whom are in their 20’s.  It fits what we know about why most women access abortion — a lack of economic, material, or social support.

South Australia, one of only two states collecting statistics on abortion, demonstrates similar reasons, with 95.4 per cent of abortions in 2014 listed as being for ‘mental health of the woman’, which is simply an umbrella term to encompass social issues. Of more than 4600 abortions in that year, only four women — 0.1 per cent — were reported as having an actual mental health problem.  The 2014 report also provides a figure of around 36 per cent of women having more than one abortion. We still don’t have enough information about the numbers, or anything like a full grasp, of the reasons abortions are obtained.  Yet based on nothing but activists’ rhetoric, governments are legislating the reinforcement of an attitude of extreme paternalism toward those who are perhaps deemed less worthy of the children they can’t afford.

With legislation in place which deters doctors from providing effective screening or alternative action for an unintended pregnancy, no woman can feel confident that her real needs or risk factors will ever be identified or met with anything but abortion being proferred as the commonplace solution.

This all means the process of normalising which abortion advocates have been so keen to promote, and now governments, ask us to accept that women without resources should continue to be provided abortion as a solution to their largely social problems.  This is neatly packaged and sold to everyone as ‘reproductive freedom’ and ‘choice’.

The process by which the killing of the unborn has become unremarkable is arguably one of the greatest and most successful manipulations of the public mind in recent times.  Alarmist abstraction recruits to the cause: ‘women will die’ ,  ‘women aren’t equal without abortion’.  Controlling the dominant discourse keeps us in line, particularly with its focus on silencing and discrediting dissenters.

After all, only extremists could possibly object when abortion is, as we are tirelessly told,  just so ‘normal’.

The Kangaroo and the Lion