Social Media: The Damage is Done 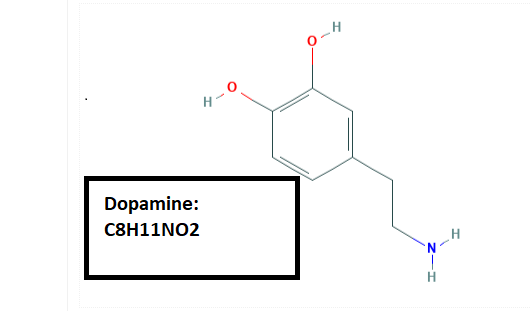 Hi, my name’s John, and I’m an addict. Facebook is my main drug of choice, but I also dabble in a bit of Instagram and Twitter. Every now and then, when I need a real pick-me-up, I’ll turn to Snapchat.

Dramatic introductions aside, these algorithmically optimized systems of content distribution are excellent at two things: engaging the user and retaining the user. Notice that I chose the word user, not customer. That is how we are viewed by the tech-savvy alchemists. Billions of users, all hooked on a virtual high.

Isn’t it odd that only two groups — drug dealers and social media dealers — refer to their target audience as “users”? When one examines the algorithmic architecture of these platforms, a troubling pictures emerges: Facebook and the like are designed to keep us in a user state of mind: First, engage. Second, retain. Third, continue to drip-feed the addiction with notifications and reminders.

Is this an exaggeration? If you think so, go ahead and delete your social media accounts. See how long you can survive without Facebook or Twitter or Instagram. I recently told a friend of mine that I am no longer on Instagram. He looked at me like I had just told him I was thinking of relocating to Yemen. Utter bewilderment.

For those who chose to never ‘sign up,’ kudos to you. Chances are you have saved yourself days – no, weeks – of valuable lost time. According to a 2018 report published by the Global Web Index, the average person in the Western world spends 2.5 hours a day on social networking and messaging platforms. To put this figure in perspective, look at it this way: That’s 17.5 hours a week, or 70 hours a month. The average Westerner wastes close to three days every month on social media.

Furthermore, when researchers say social media is addictive, they mean it in the most literal sense. Social media use activates the same neural pathways as cocaine and chocolate. The neurotransmitter dopamine plays a vital role is solidifying these addictive behaviors. As Simon Parkin noted in a 2018 piece for The Guardian: “Pinterest, the online scrapbook where users upload inspirational pictures, contains endless galleries of dopamine tattoos (the chemical symbol contains two outstretched arms of hydroxide, and a three-segmented tail), while Amazon’s virtual shelves sag under the weight of diet books intended to increase dopamine levels and improve mental health.”

Because social media is still a relatively new platform, it might take decades to get any definitive long-term research on our brain’s response to social media. However, we already know that social networking is altering our consciousness in profound ways. A 2013 study carried out by researchers at Duke University compared behaviors associated with addiction including introversion, withdrawal, craving and negative life consequences. They found that users who spend more time on social media experience more of these ‘addiction’ characteristics. According to the researchers, social media is clearly causing the brain’s reward pathways to change in a similar way to powerful drugs like heroin and MDMA. This addiction even appears to be rewiring our nervous systems. Have you ever felt your phone vibrating with a call or notification and reached into your pocket – only to find that it was all in your imagination? If so, you have just experienced phantom vibration syndrome. Research suggests that our brains are being rewired to perceive an ‘itch’ as a phone vibration – meaning it’s not only your brain affected, but your nervous system too.

We are puppets on strings. The likes of Mark Zuckerberg have us wrapped around a virtual finger. In fact, Chris Hughes, who co-founded Facebook with Zuckerberg while they were students at Harvard, called for the social network to be broken up in an op-ed published by The New York Times. Clearly concerned, the 35-year-old wrote, “I’m angry that his focus on growth led him (Zuckerberg) to sacrifice security and civility for clicks”. The tech expert continued, “I’m disappointed in myself and the early Facebook team for not thinking more about how the News Feed algorithm could change our culture, influence elections and empower nationalist leaders.”

Facebook’s rise to domination has been fueled by purchasing power, including acquisitions of Instagram and WhatsApp. Critics and experts say Facebook, an all-consuming, monopolistic force, should be broken up. On the 19th of June, British lawmakers released damning documents that provided an intriguing glimpse inside Facebook. These documents further demonstrated Zuckerberg’s ruthlessness and his desire to exploit user data. After reading the report, numerous media outlets echoed the sentiments of Hughes, calling for Facebook to be broken up. Such demands are, of course, understandable, even commonsensical. Nevertheless, calls to break up Facebook are both futile and somewhat inane. Why?

Because the damage is already done. Millions, if not billions, of us are addicts. You can break up Facebook and its “comrades”, but users will find other ways to feed the habit. After all, users, a resilient bunch, will always find ways to feed a habit. Furthermore, addiction often runs in families, meaning the addiction could very well be part of our genetic makeup.

Plenty of evidence for a connection between genetic endowment and addiction to alcohol and drugs already exists, so it’s reasonable to assume that social media addiction will profoundly influence the lives of our future children and grandchildren.

Instead of obsessing over breaking up social media giants, we need to focus on ways of building a society where we no longer feel the need to hide inside their virtual cocoons. As Facebook and its contemporaries continue to grow in power, concepts such as privacy and addiction are being redefined in the most dramatic ways imaginable.

The Riddle of Theresa May and her Brexit Deal

What Will Malcolm Do Next?