It’s Not Democracy if the Left Doesn’t Win 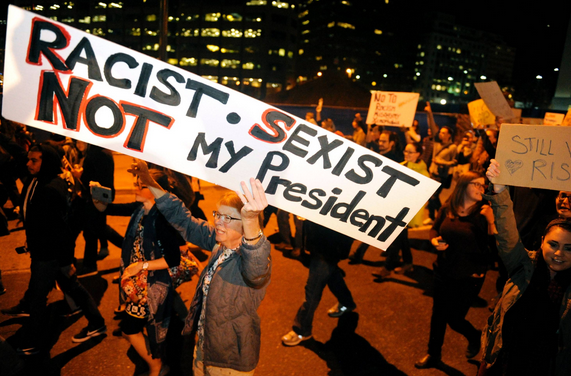 I’ve often wondered why leftists don’t come clean and admit that they don’t like democracy. They love bandying the word about but are not so keen on its implementation. Just  look at any one of a dozen grubby leftist dictatorships here and there around the globe. Most of the demos are effectively prisoners, yet chances are that the junta in charge, who are their de facto gaolers, will insist on describing the place as a democratic people’s republic. You can understand from a PR viewpoint why they don’t call the country a totalitarian rulers’ basket case, but in a state where “the people” get no say in how the country is run it would be more accurate and honest if they did.

Here in Australia if Labor had won the May 18 election we would have heard endlessly from the Left how voters had expressed their democratic will and spoken out loud and clear for “democracy”. The Coalition victory, on the other hand, has as far as I know elicited not the faintest squeak of admission from the ABC and that part of the media that is incorrigibly leftist (which in national terms means just about everything except The Australian) that is exactly what happened. Instead the win was a “surprise”, a “shock”, something to be referred to in tones of almost breathless disbelief as though some pre-ordained destiny had gone horribly wrong. Democracy had indeed spoken, but leftists preferred to believe it had muffed its lines.

When leftists don’t get the electoral result they want they resort to a quasi-philosophical stance and maintain that even if the outward form was that of a democratic poll the inward reality was something different. This was the line adopted after our last election. The voters, it was explained, had been misled by sinister forces, a category of which the Left maintains an inexhaustible supply to draw on as explanations of leftists not getting elected. Thus, when Labor didn’t win on cue, Bill Shorten blamed “powerful vested interests”. These he portrayed as a kind of seething primeval jungle, echoing to the roar and bellowing of “corporate leviathans, a financial behemoth, spending unprecedented hundreds of millions of dollars advertising, telling lies, spreading fear ..”

Did he really believe this? It’s pretty rich for him to be complaining about leviathans and behemoths when, before the poll, he had most of the media on-side, spruiking Labor’s case and implying that voters would be throwing their votes away unless they directed them his way. He had GetUp! propagandising away as though there were no tomorrow and – talk about behemoths – the unions and their cash. True, this might not have amounted to “unprecedented hundreds of millions of dollars” but he could look forward to appropriating that sort of amount from other people’s savings to throw away on silly schemes once he was elected. As for ‘spreading fear’, Labor’s campaign of climate terror would have had earlier dealers in dread such as Nero or Robespierre wide-eyed with admiration.

To the Left, which in Australian politics means techno inner-city Labor, assorted socialists and all Greens, the words democracy and democratic are ornamental: they sound nice but search for their substance in those parties’ policies and you might as well try pinning down the smile on the Cheshire Cat. This is because the combined effect of those policies is to impose ever bigger and less responsible government on us, to interfere ever further into our lives. Big government and democracy are, if not totally incompatible, an uncomfortable fit. The more you have of one the less you have of the other.

If there’s a breath of hypocrisy in big-government proponents saying how democratic they are, it pales beside the hypocrisy of the Democratic Party in the United States having the nerve to retain that name while acting just now as one of the largest single opponents of democracy in the Western world. “Democrats” have consistently, for three years, refused to recognise the result of a democratic election. They have snubbed an American electorate that democratically voted for President Trump and have tried by every underhand means at their disposal to prove that he insinuated himself into the White House with the connivance of more of those sinister forces the Left dreams up on these occasions, in this case, Russia, corruption, etc. This is tantamount to a repudiation of democracy, an attempt to delegitimise 63 million votes, by a party that claims to have democracy as its raison d’être. That’s democratic, isn’t it?

Then there’s Brexit. Not all those who oppose Britain leaving the EU (the “Remainers”) are on the Left but pretty well everyone on the Left in Britain (with the exception of what survives of the old working class) is a Remainer; anyway, keeping Britain in the EU is fully in accord with the leftist desire to see nation-states subordinated to supranational groupings as a step towards “world governance”. Nothing very democratic about that; indeed, Remainer opposition to Brexit is a textbook example of leftist disdain for democracy. First, they won’t accept the result of an openly conducted above-board referendum. The sinister force invoked this time for explaining why the referendum produced the “wrong” answer is that “all the facts” were not disclosed to the voters. This objection was never raised before the referendum, when of course the anti-Brexit forces were expecting to win. It was thought up afterwards to account for a result that left Remainers embarrassed and enraged. But imagine if they had won. The referendum would have been trumpeted as an exemplary exercise in democratically determining the national will. Leftists in particular would have been overjoyed to keep Britain shackled to an undemocratic foreign clique, which has made it abundantly clear during Brexit negotiations how it despises their country.

Now Remainers want a second referendum to come up with the “right” result. If it didn’t they would doubtless want a third; their beloved EU seems to re-run referendums in its constituent states with a frequency reminiscent of Melba’s farewells until it gets the answer it requires.

Of course if the first referendum had voted for Britain to stay in the EU, there would have been no call for a second (or as Remainers have taken to calling it, as though the first one had been the preserve of some sort of aristocratic élite, “people’s”) referendum. The anti-EU side would reluctantly have accepted that their country had democratically decided its future and that they would have to live with it. No demands for re-runs, and no riots. A fundamental difference between the Left and the rest of us is that while the Left, for all its posturing, tries not to accept democratic decisions it doesn’t like, non-leftists, even if they grumble, do.

Indeed, it is not only in relation to referendums that British Remainers show their distaste for democracy. A kind of soft totalitarianism is built into the very structure of the status quo they voted to retain. To put it bluntly, Remainers do not want their country to be a democracy. They prefer it to be a colony. They want to keep it in subjection to an unelected and self-perpetuating oligarchy in a foreign city rather than for its own parliament to be sovereign. This from the heirs of Magna Carta.

It’s not democracy the Left values but bureaucracy. Because human nature does not take easily to socialism with its doctrine of the subordination of the individual to the collective, leftist governments must impose their will on their citizens. They do this by building vast edifices of bureaucratic control – innumerable commissions to regulate everything we say and, as far as attainable, think (often under the guise of preventing ‘hate’); bloated planning authorities to regulate human enterprise, hordes of creepy ‘gender’ obsessives to instruct us in what should be the strictly personal field of sexuality, taxpayer-salaried busybodies wherever you turn.

Now that we have a purportedly conservative government for the first time in years, is it too much to hope that it doesn’t just talk about trimming bureaucracy but that it models its approach to these citadels of unelected power on that of the once famous Melbourne firm of Whelan the Wrecker when confronted with a condemned building? It should start with those bureaucracies that are superfluous to the real duties the state owes its citizens: everything to do with ‘”the arts” and “equality” should come tumbling down first. Then, when the dust settles, we may breathe the air of small-government democracy again, rather than continue to risk suffocation under the weight of the leftist version we’ve been stuck with since “big government” made its début under Whitlam.

Rudd and China: diplomacy or fear?

Munching in the Blue Zones