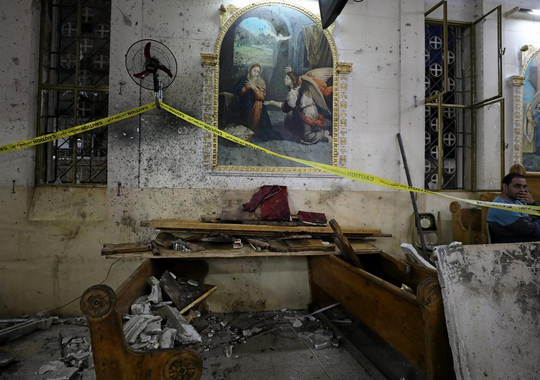 A great deal of nonsense has been written about the myth of Muslim tolerance in the Middle Ages. For instance, pro-Islamic apologist Karen Armstrong perpetuates the great myth that ‘until the modern period, Islam had a far better record of tolerance than Western Christianity’.[1] In this short article I endeavour to refute the politically correct nonsense that medieval Muslims possessed any modern sense of tolerance and diversity. To the contrary, as the respected sociologist of religion Rodney Stark points out, from the very early times Muslim authorities went to great lengths to humiliate and punish Jews and Christians who refused to convert to Islam. [2]

It was official policy in those medieval Muslim lands that Jews and Christians should feel inferior and always know their place. In addition, non-Muslims were severely taxed compared with Muslims.[3] As noted by Dr Mark Durie, legal provisions applying to Jews and Christians ‘ensured their humiliation and inferiority, and to this was added the often crippling taxes which were allocated to support the Muslim community… However, under the conditions of dhimmitude there was a constant risk of jihad being started, which could lead to dispossession and enslavement, or massacre’.[4]

When Muhammad was born, in 570, ‘a large area in northern Arabia was fully Christianised, and there were also a number of Christian towns in the south (modern Yemen)’.[5] Thus, following his conversion, Paul devolved his initial missionary efforts to Arabia, and not Europe (Gal. 1:17).   As for North Africa, by the year 300 that region was the most Christianised of the Western Roman Empire, and home to such great early leaders as Tertulian, Cyprian, and St Augustine.[6] By 325, more than half of all Christians lived in the East and North Africa. In those days, Christianity existed primarily in Syria, Persia, Armenia, North Africa, and considerable parts of Arabia.

As can be seen, Christianity did not start as a Western movement. Prior to the advent of Islam, it was predominantly a Middle Eastern religion. Christianity became a predominantly European faith only when it was destroyed by the Muslims in the Middle East and North Africa. Christianity became a “Western faith” simply because Europe was the only continent where it was not destroyed.[7] This destruction began in the seventh and eighth centuries when these areas were brutally overrun by Islam. As described by the prominent sociologist of religion Rodney Stark in The Triumph of Christianity (2011),

Muslims began raiding Christian areas in the life of Muhammad. Then, a year after his death, Muslim invasions began in earnest when their forces entered Syria, then a Christian province of the Eastern Roman Empire. Muslim forces won a series of battles, taking Damascus and some other cities in 635, and by 636 the Byzantine army was forced to abandon Syria. Next the Arabs marched into the Holy Land: Jerusalem was taken in 688 …

From there Muslim armies invaded Christian Egypt, taking Cairo; Alexandria fell to them in 642 … By 714 must of Spain was occupied. Soon major thrusts were made into France before the Franks manage to repel the Muslim forces at Tours … in 732. In 831 Muslim forces invaded Sicily and held it until 1072, and in 846 they sacked Rome and then withdrew to rule over southern Italy for the next two centuries. Thus, by the time of the First Crusade, Christendom had been fighting a defensive war with Islam for more than 450 years! [8]

Following these initial conquests, for centuries Christians persisted as a repressed majority but then, in the fourteenth century, a genocidal campaign of Muslim extermination and forced conversations was initiated. For instance, in 1148, ‘all Christians and Jews were ordered to convert to Islam or leave Moorish Spain immediately, on pain of death’.[9] Likewise, in 1317, the Syrian city of Āmid was the scene of a genocide where all the Christian men were murdered and twelve thousand children were sold into slavery.[10]

Or take the example of Egypt. The Egyptian Church was founded in the first century AD by St. Mark, the gospel writer.[11] In 639 Caliph Umar initiated the Islamic invasion of Egypt, a major centre of Christianity. Because Egyptian cities were strongly fortified, Muslim armies resorted to massacring the populations of rural villages in the hope that Christian forces would be drawn to battle. When the Muslim invaders finally succeeded in conquering Alexandria (then the second-largest city in Christendom), they engaged in ‘massacre, plunder, and arson … until half the city was destroyed’.[12] Sustained attacks on Christians were intensified in Cairo in 1321, when Muslim mobs began destroying large numbers of churches and monasteries.[13]

These anti-Christian attacks were carefully orchestrated, thus making arson, looting, and murder widespread throughout Egypt.[14] In those days, Muslim mobs often attacked Christian in the streets, ‘throwing them into bonfires if they refused … to acknowledge Allah as the One True God’.[15] In 1354, according to Al-Maqrizi’s (1364-1442) account, in ‘all the provinces of Egypt, both north and south, no church remained that had not been razed … Thus did Islam spread among the Christians of Egypt’.[16]

Meanwhile, another Muslim army swept over other coastal cities in Northern Africa. As with Alexandria, in 705 Carthage was ‘razed to the ground and most of its inhabitants killed’.[17] The widespread campaign of Islamic extermination reduced the number of Christians in the East and North Africa to a tiny minority.[18]  By the end of the fourteenth century, only remnants of Christianity remained. Today, Christianity has been almost completely wiped-out in Northern Africa and the Middle East. Where once Christians comprised the majority of the population in those regions they now constitute less than four per cent.[19]

We are talking here about an ongoing genocide and the forced exodus of innocent people simply because of their faith. Professor Stark is undoubtedly correct to remind that ‘it seems odd that those who are so vociferous about the misery and injustice imposed by Europeans on their former colonial empires, fail to admit any such consequences of Muslim imperialism’.[20] Meanwhile, Western governments, including our own, do nothing to protect the surviving Christian communities from this ongoing genocide

[1] Karen Armstrong, ‘Islamist Violecne is in Part a Product of Western Disdain’, Qantara.de, 11 February 2015, at https://en.qantara.de/content/interview-with-karen-armstrong-islamist-violence-is-in-part-a-product-of-western-disdain

[2] Rodney Stark, Discovering God: The Origins of the Great Religions and the Evolution of Belief (New York/NY: HarperOne, 2007), p 377.

[9] Rodney Stark, Discovering God: The Origins of the Great Religions and the Evolution of Belief (New York/NY: HarperOne, 2007), p 337

Punish the Frugal, Pleasure the Greens

History, Blood and a Revived Anglosphere