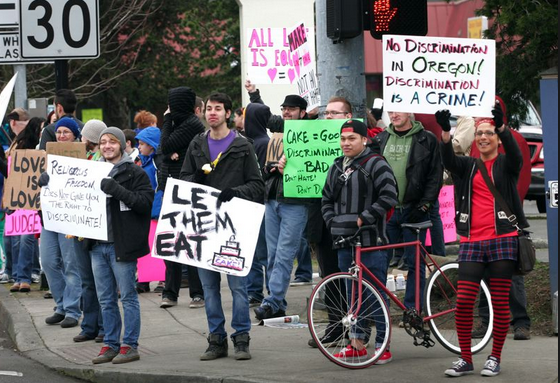 Is Israel Folau a homophobe? I’d say that only if you’re full of leftist prejudice could you decide that he is. Sadly for his good name there are lots of people in high places who simply drip with that kind of prejudice.

Yet as this cause célèbre runs on and on, with no day bereft of a further update in the press, there is no evidence that Folau is – pace the army of the pharisaically virtuous, trotting out one of their very favourite terms of disparagement out of the SJW lexicon – a “homophobe” at all. It takes leftist casuistry to relate that ridiculous and etymologically confused neologism to Folau’s biblical utterances, when the quotations demonstrate that if anything he is just the opposite. It’s the old hate-the-sin-but-not-the-sinner principle. In the Instagram posts that got him into trouble he cites the Bible as a warning to sinners to repent and avoid Hell. Why would be do that if he had a phobia about gays personally?

Rugby Australia should have stuck to sport not semantics. Its CEO, Raelene Castle, should have stuck to admin instead of appointing herself censor of other people’s opinions. Both got this completely wrong in their concern to display their “caring” credentials (or not fall foul of the gay and lesbian establishment) and banish Folau to the wilderness, as though he were an inconvenient Old Testament prophet. Perhaps they’d have stoned him if they could.

A further point, so far overlooked but still relevant, concerns the behaviour earlier in l’affaire Folau of GoFundMe, the online money-raising service. This American-owned enterprise, which offers “Free fundraising for the people and causes you care about” (its fees are deducted from donations), is a business offering the public a service. So, though on a smaller scale, was another American business, Sweet Cakes by Melissa, a bakery in Gresham, Oregon. When a pair of lesbians, Rachel and Laurel Bowman-Cryer, strode into Sweet Cakes to order a cake for their “wedding”, Melissa (and Aaron her husband) declined to make it on the grounds that to bake a cake for such an occasion would violate their Christian consciences. Result: quite apart from the protests, harassment and abuse visited upon the business by activists (like those pictured above) the coule took Melissa and Aaron to court for “discrimination” and got damages for “emotional distress”. Melissa and Aaron had to pay $US135,000 and lost their business.

Israel Folau, though it is hard to picture him as a lesbian, was in exactly the same position vis-à-vis GoFundMe as Rachel and Laurel were with Sweet Cakes. He was a customer. When he used GoFundMe to run a campaign for $3 million to pay for his action for unfair dismissal, he quickly raised $750,000 – that would be the equivalent of the cake getting to the “carefully fold in all ingredients” stage. But before it went into the oven GoFundMe had second thoughts. “After a routine period of evaluation, we have concluded that this campaign violates our terms of service,” announced Nicola Britton, the company’s regional manager. Ramping up the sanctimony she added, “While we welcome GoFundMe engaging in diverse civil debate, we do not tolerate the promotion of discrimination or exclusion.”

Now what, apart from the unctuousness of the tone, was the difference between GoFundMe’s rejection of Folau and the bakery’s of the two lesbians? At first sight none. Both businesses turned away customers on grounds that all enlightened souls who, like Nicola, “do not tolerate the promotion of discrimination or exclusion” must regard as a clear case of what they don’t “tolerate”. So if the bakers were taken to the cleaners, so to speak, where is the hue and cry, the threatenings to sue, the screams of outrage against GoFundMe for doing just as the bakers did and giving a customer it doesn’t approve of the bum’s rush? Funny we haven’t heard anything after all this time.

For of course there is a difference. A “Christian conscience” is not an allowable excuse in leftist eyes for a business to refuse a service. Objecting to “homophobia” is. So the non-tolerators of discrimination blithely tolerate discrimination against a Christian’s conscience. And of course a small bakery is an easy target for the moral arbiters of the Left. GoFundMe would be a tougher nut to crack, even if the moralists were prepared to, which they’re not, because – yes it’s stating the obvious – the Left judges itself by different rules from those it applies to non-leftists.

And let’s not doubt that the Folau row has been cooked up by the Left, specifically by its ever-vocal, ever-ready-to-take-offence, gay lesbian and trans sub-branch. They could have ignored it – most leftists don’t believe in Hell anyway, so why, except for troublemaking purposes, should they take any notice of someone who, for all their high-minded strictures against “racism”, they probably privately regard as a superstitious Pacific island meathead? But they did, and it was owing to them and their confected rage that GoFundMe realised which side its bread was buttered on and ditched Folau. It inadvertently did him a favour. His funding shot up with the facility the Australian Christian Lobby sponsored. Incidentally, this has revealed, just as the federal election did, that there are still fair-minded people in the community not yet indoctrinated in PC tosh despite the unremitting efforts of a generation of school and university teachers – certainly more of them than the Left, believing only what it tells itself through its propaganda network at the ABC and the “quality media”, even suspects the existence of.

One might ask why GoFundMe accepted Folau’s custom in the first place. Perhaps the computers were down and they couldn’t run a homophobia check. But it’s amusing to imagine the panic in the office when someone pointed out that, to quote the Sydney Morning Herald, “GoFundMe’s fine print says the crowdfunding site cannot be used for ‘campaigns we deem … to be in support of, or for the legal defence of alleged crimes associated with hate, violence, harassment, bullying, discrimination, terrorism, or intolerance of any kind relating to race, ethnicity, national origin, religious affiliation, sexual orientation or sex.’” Quite a list, and given that these traits are all part and parcel of Man’s fallen nature, you wonder how anyone has the requisite moral stature to qualify as a GoFundMe client.

The treatment of Folau says a lot about the power the gay, lesbian and trans lobby has acquired. Folau was quoting St Paul letter to the Corinthians. The passage (read out in Roman Catholic churches on the 28th “ordinary” Wednesday every two years if anyone wants to turn up and complain) declares that not only gays but also those who practise, among other things, adultery, envy, witchcraft, murder and drunkenness will not be saved. Yet only the LGBT etc. lot decided to kick up a public storm. Perhaps adulterers, the envious, witches, murderers and drunks should form a lobby too, and get St Paul de-platformed for blackening their name.

When It’s Party vs. Principle

The True Crisis of the Humanities