Freedom of Speech: How Now Folau? 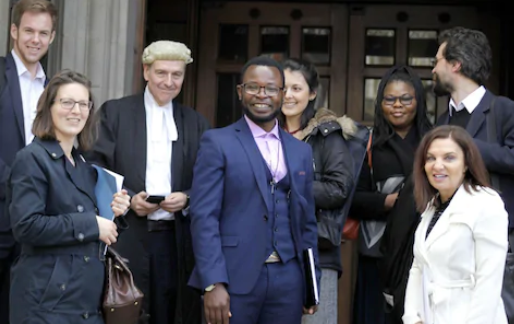 Confusions on the legal moral and ethical aspects of the Folau case increase day by day. In all the thousands of words that have been written, it is too often difficult to distinguish fact from opinion, authority from dogma, rights from abuses. Last week in The Australian  , for example, an article no doubt intended to be helpful in the continuing debate perfectly illustrated the danger of less-than-comprehensive reporting and interpretation.

Cornwall, who has been an assiduous follower of the Folau story, having written nine articles on its twists and turns, reported that Christian lobby groups in Australia had seized on a British High Court judgement as “manna from heaven” for the football star in his legal fight with Rugby Australia. But a close reading of the judgement would suggest that not all the parallels might be in Folau’s favour.

The case involved a decision by Sheffield University in 2016  to expel a social work student for his Facebook posts quoting the Bible on same-sex marriage and homosexuality. They included:

# Homosexuality is a sin, no matter how you want to dress it up.

# Homosexuality is a wicked act and God hates the act.

# God hates sin and not man.

The student, Felix Ngole (pictured above with his legal team and supporters), published a number of Biblical quotations, including:

# If a male lies with a male as with a woman both of them have committed an  abomination. – Leviticus 18:22

# Just as Sodom and Gomorrah and the surrounding cities which likewise indulged in sexual immorality and pursued sexual desire, serve as an example by undergoing a punishment of eternal fire. – Jude 1

The sentiments expressed are similar to those on the now infamous Folau Instagram post. Ngole, a devout Christian, was a mature student on the MA Social Work course at the university. He had posted the comments on his Facebook account about an American news story on the imprisonment of Kim Davis for contempt of court after refusing to issue marriage licences to same-sex couples because of her Christian beliefs. The university claimed that Ngole had breached the standards of conduct and ethics of the Health and Care Professionals Council (HCPC) to which he was bound as a student. It took disciplinary steps through a series of internal hearings, claiming that his conduct would render him unfit to practice as a social worker. While acknowledging that he had not exhibited discrimination and would be unlikely to practice discrimination, the university considered the perception that he might do so could bring the profession and the university into disrepute.

Vainly, Ngole protested that a single complaint had been made against him by a fellow student known for her hostility to Christian views; the views he had expressed were orthodox Christian views on sexual ethics; that his expression of free speech on a subject of public controversy was lawful; and that the penalty which ended his professional career was manifestly unreasonable. When Ngole failed to win support from the Office of Independent Adjudicator, he appealed against his expulsion as arbitrary and unfair, citing unlawful interference with his rights under the European Convention on Human Rights.

Deputy High Court judge, Ms Rowena Collins Rice, dismissed his appeal. She found he “… had been put squarely on notice with regards to his conduct outside the programme and whilst using social media … the public nature of the postings meant that while they made no reference to the social work context, they could readily be accessed from a social work context.” Also, “…the postings are entirely capable of being read in a way which would make a fair-minded, even a sympathetic, reader at least wonder how the poster would behave in the world of social work.”

The relevant code of conduct was contained in the HCPC’s “Guidance on Conduct and Ethics for Students.”  Under Social and Media Guidance, it recognised that social networking sites were a useful way of communicating and sharing information, and might be used to share views and opinions. But it went on: ”This is not something that we would normally be concerned about. However, we might need to take action if the comments posted were offensive, for example if they were racist or sexually explicit.”

Although that code is vague, it does make a far better attempt at defining what is acceptable and what is not than Rugby Australia did.

The judge agreed that if the university had removed the student only because of his posting, the penalty would have been disproportionate. But she found that his reaction to the process, in particular what she called “his lack of insight and reflection” called his fitness to practice into question. Ngole had insisted he would continue to assert his rights to express his Christian views, no matter what the university said. That had led to rapid escalation between the parties as they were effectively talking past each other. The judge considered there was no obvious incompatibility between deeply held religious views and social work, nor was there an irreconcilable conflict between Convention rights and professional standards. Perhaps the most significant paragraph in Ms. Collins Rice’s judgement was this:

…religious speech has ‘multiple meanings’; it is multi-layered. Its theological layer is not necessarily widely understood. Its moral layer is not always warmly received. Its cultural layer may provoke active hostility. Where it touches on issues of same-sex sexuality, it may be radically rejected or cause hurt and harm, even if that is the last thing intended. Social workers have to deal with how people will actually react to it in real life, and express themselves accordingly. That is not about a “blanket ban”, or about stifling religious speech or about denouncing faith; it is about seeing the world as others see it, and making the connection between what you say and the provision of public services in sensitive and diverse circumstances.

In the Court of Appeal, Lord Justice Irwin, Lord Justice Haddon-Cave and Sir Jack Beatson unanimously overturned her decision. They found the university had not made it clear to Ngole that it was the manner and language in which he had expressed his views that was the real problem. His use of biblical terms such as “wicked” and “abomination” was liable to be understood as extreme and offensive. Nor were his theological views about homosexuality a bar to practising as a social worker provided they did not mean he could or would discriminate. The university had quickly formed the view that the student had become extremely entrenched, but it was in fact the university itself which became entrenched. First, by failing to explore a middle ground, then by putting the onus entirely upon him to demonstrate he did not have “insight” and could mend his ways.

The court then tackled the vexed question of rights and the university’s code of conduct. “Nothing in the regulatory framework prohibits polite expression of a biblical view on same-sex marriage by a student”, it ruled. But then came this:

The right to freedom of expression is not an unqualified right: professional bodies and organisations are entitled to place reasonable and proportionate restrictions on those subject to their professional codes; and, just because a belief I said to be a religious belief, does not give a person subject to professional regulation the right to express such beliefs in any way he or she sees fit.

In the Rugby Australia context, that is an admirable summing-up. It puts the responsibility squarely on the organisation to define its codes and not apply unreasonable and disproportionate restrictions after the event. At the same time it raises the issue of provocation, with its emphasis on ‘polite expression’.

What responsibility does an individual have to inhibit the expression of his beliefs? This is what the High Court said on that point:

The effect of the [initial Collins Rice] judgment would be to permit professional regulators to treat the legitimate expression of unpopular beliefs on a political, social, religious or philosophical issue as a breach of the professional code of conduct, and a professional’s unwillingness to be silenced in their expression of legitimate views as a lack of insight, aggravating that breach. The judge should have recognised that the Appellant’s comments were made in a social as opposed to a professional context, his beliefs were a genuine contribution to an important public debate, and were in response to direct questions. Latitude must be given to the context of public debate.

Folau’s challenging Christian post was preaching, not a personal contribution to public debate, so was it deliberately inflammatory, or merely a caution to sinners?

Ngole’s court challenges have been backed by the Christian Legal Centre for the four years he has been out of work since his expulsion. But there is more to come. The High Court found that the university’s disciplinary proceedings were flawed and unfair to the student, but it was unable to determine if Ngole would have refused to temper his views or accept guidance to resolve the problem. So it has remitted the case to the lower court for findings of fact.

The Sheffield case demonstrates how tricky the intersection of professional or corporate responsibilities with personal expression can become in the modern world of social media.  While Christian groups might like to see precedents for Folau, the decision can be no more than a guide – and there are significant  differences which make comparison difficult. There is a lot more shouting to come.