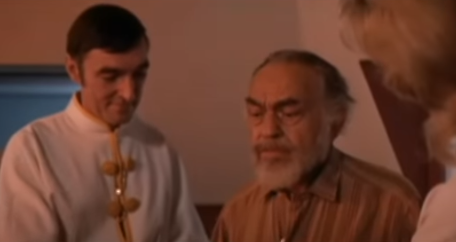 It breaks my heart that euthanasia will be legal in Victoria this week. Once upon a time, I was ‘pro voluntary euthanasia’ too. After all, it equates to being on the ‘human’ side of the argument, does it not?

Why should any person have to live in pain? Isn’t it about quality of life, not quantity of life? If an animal is in pain, we euthanise it, so what’s the difference?

The answers to these questions are what made me believe that ‘voluntary euthanasia’ was the only humane option for the terminally ill or those with insufferable pain. But my personal experience has taught me something entirely different. It has revealed to me the ‘grey’ areas behind the scenes that get swept away amongst the day-to-day politics and point-scoring.

It’s all very well to promote euthanasia under the guise of personal freedom. ‘Their life, their choice’ kinda slogans — if only the reality was that simplistic. Legislation for voluntary euthanasia allows practitioner administration, which means a physician can make the final decision about your life — and often their decisions are and will be wrong.

Every week in the media, another case of elderly abuse is revealed yet, according to the Australian Institute of Family Studies, up to 14 per cent of elderly Australians experience abuse in any given year. Where are all the media stories on each and every one of them?

If up to 14 per cent of elderly Australians can be physically, mentally, and financially abused in any given year, one cannot begin to fathom how many elderly folk will be pressured into so-called ‘voluntary’ euthanasia.

And don’t think it can’t happen, it already happens behind the scenes in aged-care homes, hospices and hospitals globally. I have witnessed it with my own eyes, as have numerous others. A quick google search will bring up hundreds of thousands of’ incidents.

Laws do not prevent these crimes. Vulnerable elderly people can be pressured behind closed doors by family members and it can be made to appear that it was a ‘voluntary’ decision, when in fact it wasn’t.

The Australian media paints an untrue narrative. Manipulatively, it downplays the numbers of medicos globally opposed to euthanasia. It’s well worth mentioning that the World Medical Association is also anti-euthanasia, as are 99 per cent of it’s national medical associations. On the WMA website, it clearly states:

Physicians-assisted suicide, like euthanasia, is unethical and must be condemned by the medical profession. Where the assistance of the physician is intentionally and deliberately directed at enabling an individual to end his or her own life, the physician acts unethically. However the right to decline medical treatment is a basic right of the patient and the physician does not act unethically even if respecting such a wish results in the death of the patient.

Originally, euthanasia was the legal killing of a human being who was suffering a painful and incurable terminal disease or illness. But now, in places like The Netherlands, euthanasia is available to the depressed and mentally ill.

The legalisation of euthanasia in Victoria is the start of a slippery slope to hell. Each state will follow suit and in the future if your life is viewed as non-productive the pressure and the means to see it terminated will be there, ready and at hand. Toodle pip and bon voyage as they say. NEXT…!

Australians against euthanasia aren’t sadists. We don’t lie awake at night fantasising of the insufferable pain of others, nor do we practice blood rituals or voodoo. Put simply, we are a group of people who can see the fifty shades of grey.

Where is the personal freedom for the elderly person whose life is hastened? My heart lays with them this week as their vulnerable predicament within Australian society sky-rockets.

Vanessa de Largie is an actress, writer and sex columnist

How did she get away with it for so long?