The Crime of Being Israel Folau 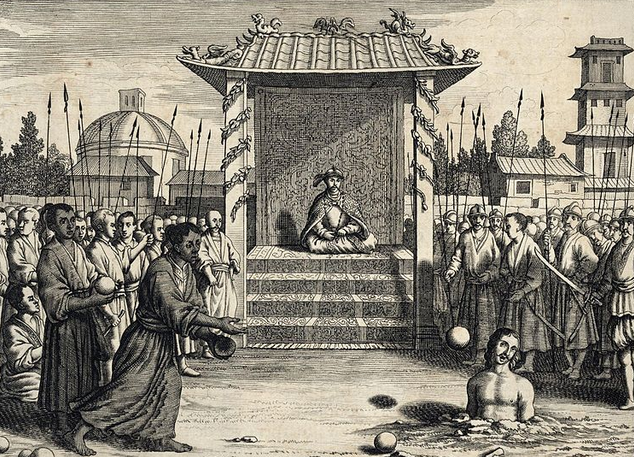 It’s amazing how much commentary regarding Israel Folau is ill-informed, often simplistically so. For example, Graham Richardson has a piece in today’s Australian titled  “Folau must be without sin to be confident in throwing stones”.  He goes on to say:

In making his pronouncements about liars, fornicators and other ne’er-do-wells, Folau must consider himself as being in that category. Personally, I am having real difficulty believing that Folau is such a perfect human being that he has never succumbed to any of the devil’s wide range of temptations.

If he has indeed lived a perfect life then he should be in the running to make sainthood in the same manner as Mary MacKillop. I am unaware, however, of any moves to canonise him. As someone who has committed every sin on many occasions, his belief that I am headed for hell, a place I do not believe exists, does not cause me any angst.

Two things, Graham.  Firstly, Folau has never thrown stones at any individual person, or even at anyone in general.  He has merely quoted the teachings of his religion and urged listeners to harken unto the Divine edicts in which he believes and which he attempts to observe.  Secondly, he has never claimed to be without blemish, and I’m sure he counts himself amongst those who, on occasion and for some reason or another, have a need to repent.  In these respects, Folau is no different from any religious preacher.

One rather suspects the columnist hasn’t thought things through, or prefers not to, and soon ran out of inspiration. By his article’s end he is rambling on about the invasions of white farms in South Africa.

Then there is this letter in the same issue of the Oz:

I wonder if there would be the same passion for “religious freedom” if Israel Folau’s homophobic views were espoused by, say, a Muslim cleric? At the end of the day, hatred is hatred. No matter what the guise, be it religious, artistic or scientific; intolerance causes the same harm to the targeted group.

One might argue that Folau’s views are ‘homophobic’, given the degree of corruption of the English language that now prevails.  But, if I am right about Folau’s view of his own place in the hierarchy of the virtuous, then it is impossible to support the contention he is expressing hatred of anyone – not the fornicators, not the thieves, nor even the homosexuals.

As a 65-year-old gay man , my advice to Israel Folau is to toughen up princess — you get used to it.

How tough does he want Folau to be?  Sacked from his job and subjected to the most vicious campaign of invective, and now fighting for his right to free speech, I have yet to hear Folau express anything remotely resembling self-pity.  Does this 65-year-gay man expect Folau to meekly accept being stripped of his livelihood, to be villified even to the extent of seeing his wife made a target. Is this Richardson’s conception of how things are meant to be: the arbiters of social media call down punishment on someone who dares to disagree with their view of morality and the world and he must accept that verdict without protest. As Bill Martin writes elsewhere at Quadrant Online, Folau’s attackers would do well to remember that pendulums swing both ways.

Most commentators supportive of Israel Folau’s right to freedom of religion and, more germane in this instance, freedom of speech, bend over backwards to disassociate themselves from his ‘repellent’ views.  Do they realize, I wonder, that they’re inadvertently  giving comfort to their enemies?  They are conceding that, in their view, Folau’s views are repugnant to society at large. But is that true?

Folau adheres to a religion whose teachings were, until very recently, part of mainstream Christianity.  Thirty years ago, his views were widely accepted. People revise their religious and social beliefs at different rates.  It may seem blindingly obvious to many that homosexuality is not a sin.  But not everyone has come to that conclusion.  And how does one discriminate between one belief based on faith, i.e. the very existence of God, and another teaching that homosexuals are among the sinners who must repent.   To abandon one belief (the latter) must necessarily call into question the validity of first.  That is not an easy thing to do, particularly for a young man, respectful of his highly religious father, whose strict religious upbringing is still so recent in time.

I suspect that among Folau’s supporters, there are many motivated not (or not only) by concern for freedom of religion and freedom of speech but by disgust at the militancy of the LGBTQI lobby, not just in the case of Folau but in many other instances.  And I doubt they find his views all that repugnant.

15 thoughts on “The Crime of Being Israel Folau”

The Bitter Fruit of an Untended Orchard