‘Shut up’ in the Name of ‘Tolerance’ 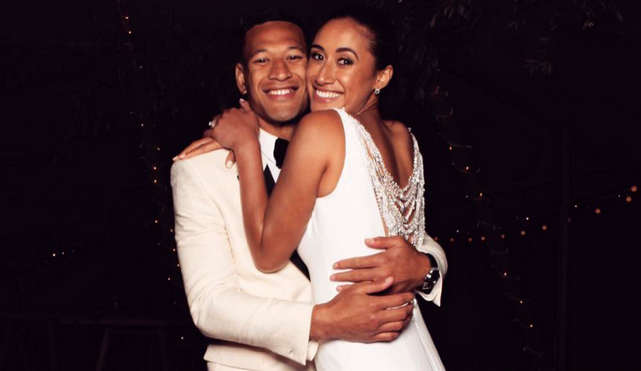 Since the re-definition of marriage, no one is denying the validity of the “slippery-slope” argument anymore. Instead, they’re simply shaking their heads and wondering, “Has the world has gone mad?” It seems as though the world is hurtling down the slope faster than the Gadarene swine. Media pundits, business leaders, as well as current—and former—sporting heroes all seem to be in front of the pack but, as Andrew Bolt points out, one of the most galling aspects is how much Australians are being silenced by the leftist cultural elites.

Let me attempt to further cut through all the white noise by suggesting a list of ten people and corporations—who have pitilessly joined in on the “pack-attack” against Folau:

1/ Raelene Castle and Rugby Australia. You know we’re living in strange times when Peter Singer—the atheist and infamous Princeton ethicist—comes to the defence of a devout Christian such as Folau. But that’s precisely what he did when he accused Rugby Australia of kicking an “own goal”. As Singer writes:

As this example shows – and as John Stuart Mill argued in his classic On Liberty – once we allow, as a ground for restricting someone’s freedom of speech or action, the claim that someone else has been offended by it, freedom is in grave danger of disappearing entirely. After all, it is very difficult to say anything significant to which no one could possibly take offense. Mill had in mind restrictions imposed by the state, but when employers dismiss employees who make controversial utterances, that is also a threat to freedom of expression – especially when the employer has a monopoly on the employment of workers with special skills, as Rugby Australia does.

2/ GoFundMe — with its rainbow flag flying — gave the Folau camp the biggest handball he’s received since a short stint with the GWS Giants. They punted his page and sparked a situation the anti-Folau mob feared most: widespread and generous support for the man they tried to make disappear. The public perception was of being controlled — you can donate to this cause, but not that one — and if there’s one thing Australians have more in common than cash, it’s a hatred of being told what they can and can’t do.

3/ Roy Masters. The former rugby league coach of Wests (1978-81) and the Dragons (1982-87) wrote in The Sydney Morning Herald, “What’s the odds any surplus would have been used to buy another property?” But as Neil James Foster, associate professor at Newcastle University, wrote on Facebook:

This is a disgraceful article attacking Israel Folau. It claims he “abandoned the Wallabies in a World Cup year”. Umm, no, RA abandoned him for his comments based on his religious beliefs expressed on his own social media page. And then it basically says he is a liar by suggesting that any “surplus” from his attempt to raise funds to defend himself in a fight instituted by RA, would have been used to buy another house. No, the now closed GFM site clearly indicated that the funds would be used for legal proceedings, it just said that donors did not have the right to direct *how* the legal proceedings should be run.

4/ Peter Beattie. The Chairman of the ARL Commission really threw Folau into the fiery furnace when he prohibited him from even returning to Rugby League. Cue the progressive Newspeak that, “We are an inclusive game with respect for all” (except those we exclude). If only Folau had committed a less serious crime such as sexual assault, domestic violence or even just drug abuse. But paraphrasing a passage of the Bible is apparently a bridge too far for the ARL.

5/ Peter FitzSimons. There’s probably not a week that goes by where FitzSimons doesn’t have a shot at either Folau or the religious in one form or another. But as Andrew Bolt pointed out, FitzSimons was “typically unfair” and “typically wrong” in saying that the majority of the Australian people would not support Folau. What’s more, as Rita Panahi wrote in the Herald Sun:

The Folaus should thank their many high-profile media detractors, from preachy commentators determined to miss the point to former sportspeople suffering relevance deprivation syndrome to a grown man who inexplicably dresses like a pirate and gets everything wrong.

6/ Drew Mitchell. Who needs enemies when you’ve got former teammates like this? Rather than give Folau a call to discuss the issue, instead of putting his body on the line, Mitchell retreated to the safety of Twitter. But as Will Swanton wrote about Mitchell’s tweet in The Australian:

That’s an extraordinarily bitter and juvenile message from one ex-Wallaby to another. The more I think about it, the more it comes across as complete nonsense. 1. Mitchell says Folau has broken the terms of his contract. I’m guessing Mitchell has not laid eyes on Folau’s contract. 2. Mitchell says the ill and injured children are in a position they have not chosen. Is he implying that Folau thinks differently? 3. Mitchell accuses Folau of believing he deserves money more than those kids. When has Folau said this? 4. Mitchell says the matter is now about Folau’s greed. That’s a big call. A personal call. A nasty call. Made from a distance. Folau’s response? Again, respectful silence.

7/ Liz Ellis. Things definitely took a turn for the worse when Ellis had a go at Folau’s wife. But then Ellis swiftly backpedalled on her original statement that it was “not good enough” for Netball administrators to let Maria Folau offer public support to her husband. And in an article—published in Fairfax Media no less—Ellis wrote:

I understand that my tweet was interpreted to mean specifically that Maria was not welcome. I get it. It was poorly worded from that point of view. I am devastated to think that the way I wrote it may have suggested the sort of bigotry that I passionately dislike. I don’t want to fight bigotry with bigotry.

8/ ANZ. Whereas Liz Ellis had the good sense to back down somewhat, the ANZ bank doubled-down on the issue. I know, I know especially after the Royal Commission into the unethical behaviour of our banking system. One can’t help but feel that it’s a bit rich for this bank to be taking the high moral ground on anything. But this is the ‘wokeocracy’ we’re talking about here, and having been blinded by their own virtue-signalling that’s precisely what they did. As Jack Houghton wrote in The Daily Telegraph:

…ANZ — the largest sponsor of New Zealand’s domestic netball competition — revealed it approached Maria’s bosses to complain because the Kiwi athlete had shared a link to the fundraiser of her husband, who is engaged in an unlawful termination claim against Rugby Australia.

“We do not support the views of Silver Fern Maria Folau and have made our views known to her employer Netball NZ,” ANZ media manager Stefan Herrick said in a statement.

Further, according to The Australian, the Health Insurance company HCF—the sponsor of Maria Folau’s team. the Adelaide Thunderbirds, has also publicly denounced her stance in supporting her husband. But note the latent hypocrisy in the bank’s media statement (emphasis mine):

There is no place in our society for discrimination of any kind, including on the basis of gender, religious belief, age, race or sexual orientation.

9/ Peter van Onselen. You’ve gotta hand it PVO. He really knows how to lay the boot in, especially when he knows that it’s completely safe to do so. As soon as Folau had his contract with Rugby Australia torn up, van Onselen tweeted:

10/ Scott Morrison and Anthony Albanese. Unfortunately, both the Prime Minister and the Opposition Leader have refused to be drawn on the issue, with Scott Morrison claiming that, “iit has already had enough oxygen”. But as Martyn Iles, the Managing Director of The Australian Christian Lobby, rightly argued, “they cannot wash their hands’’ of Israel Folau’s case “like Pontius Pilate”.

Now, there are a number of other examples I could give, but I think this particular decalogue makes the point. It is now demonstrably clear that our media and cultural elites think that people, particular those of faith, need to simply shut-up and stay in the closet. However, it’s once again time for all of those proverbial “quiet Australians”, just as they did on May 18, to start making some noise while we still have the freedom to do so.

The Rise of the Selfish Woman

Saint Malcolm, From Bad to Verse