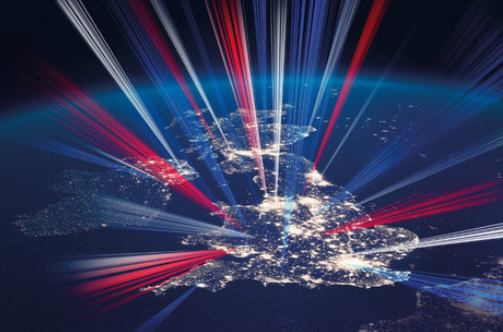 Nuffield: Your victory in the 2019 Tory leadership election was a great surprise. How did it happen?

Hunt: Well, the surprise was really that the favourite, Boris Johnson, was not one of the two candidates chosen by Tory MPs to go into the final round before constituency activists. Michael Gove launched such strong attacks on Boris that he damaged him badly but himself too. So Sajid Javid and I were the finalists. We fought a gentlemanly campaign but the establishment and the media thought me the safer pair of hands on Brexit. And that still counted even with Tory activists.

Nuffield: But you failed to deliver Brexit.

Hunt: Sadly yes, but that wasn’t really possible. We couldn’t get a deal and we didn’t want the risks of a no-deal Brexit. So, reluctantly, we postponed Brexit several times while improving May’s deal.  It was the only responsible thing to do. We calculated that the voters would eventually understand that. Instead, the more we explained, the more they got angry. I don’t think that could have been predicted.

Nuffield: As a result you lost a vote of confidence in 2020 and then the election by a landslide.

Hunt: Unfortunately, yes. Our own voters deserted us wholesale for the Brexit party. We fell to 14 per cent in the national vote and to two seats in Parliament. That too was unpredictable. Nothing like it has happened before. But we have high hopes of getting back into double figures under our new leader, Rory Stewart, one of the two left.

Nuffield: It may comfort you to know that this has happened before. In the 1993 Canadian election the governing Progressive Conservatives lost half their vote and 154 of their 156 seats when their voters switched to the new populist Reform Party. They never regained office. The Reform Party did a reverse takeover of them to form the Conservative Party of Canada under Stephen Harper and then won three elections.

The turning point of Johnson’s career came with his election as leader of the Tory party and prime minister in July 2019. He had inherited an almost hopeless situation from the hapless Theresa May. As Lord Paul-Goodman, then editor of influential website Con-Home, famously phrased it: the Tory party could not win an election without achieving Brexit and it couldn’t achieve Brexit without winning an election.

Gloomier observers argued the Tories couldn’t win an election at all. The victory of Nigel Farage’s Brexit party (plus the revival of the Liberal Democrats) in the May 2019 European elections meant that there were now four parties with reasonable hopes of getting an average 25 per cent of the vote across Britain: Labour, the Lib-Dems, the Tories and the Brexit party. Since the first two parties split the Left and Remain votes, and the second two split the Right and Leave votes, the result in most constituencies was unpredictable but overall a Tory victory seemed the least likely result of all. Everyone agreed that Johnson’s promise to leave the EU by October 31 was unachievable.

Johnson began by seeming to confirm this. He selected a Cabinet that showed only a slight shift to Leave. Tory Remainers and establishment opinion concluded that Johnson would probably live with a soft Brexit. He then pursued negotiations with Brussels over an amended May deal and preparations for a no-deal Brexit—both very aggressively—during the summer parliamentary recess.

After a barnstorming speech at a successful Tory conference which united the Tories on a slogan of “tough negotiations”, Johnson returned to London amid speculation, strongly encouraged by briefings from a Foreign Office led by arch-Remainer Amber Rudd, that an EU–UK deal was “imminent”. But the new Prime Minister sprang a surprise at Cabinet and rejected it wholesale on the grounds that the EU was plainly not seriously seeking a fair settlement.

He proposed instead a “managed Brexit” in line with the practical arrangements already agreed with the EU to minimise disruption; a period of trading with the EU on the same World Trade Organisation terms as Britain trades with many non-EU countries; and in time the opening of negotiations between the EU and a now fully independent UK on a free-trade deal like the existing Canada–EU one.

Four Cabinet ministers (including Rudd) resigned, and Johnson fired another four immediately afterwards. With support from a reconstructed Cabinet, Johnson then presented several allied proposals to the Commons: his no-deal Brexit proposals; a motion making support for them a matter of confidence in the government; an offer to the Opposition to hold an election on the issue; and, finally, a measure to postpone the date of Brexit to one week after the election result.

Johnson lost the motion of no confidence by a significant margin and expelled the thirty-two Tory MPs (including eighteen cabinet and junior ministers) who had voted against the government. The Labour party was delighted with the prospect of fighting a Tory party in disarray, so he got the election he wanted less than four weeks later.

Johnson, often dismissed as an ill-organised buffoon, had prepared carefully for the campaign. A short, sharp and unambiguous manifesto—devoted mainly to making the case for a “Clean Brexit”—was issued. Tory associations de-selected the thirty-two rebel MPs and another eight who had been aggressive Remainers.

He planned to crown these efforts with an electoral alliance with Farage under which the Tories would urge their supporters to vote for the Brexit party in thirty Labour and Lib-Dem seats in return for the Brexit party withdrawing from constituencies with existing Tory MPs. They would campaign on the joint slogan “A Clean Brexit for a Democratic Britain”. The Tory party’s own polls showed that this coalition would win 412 seats, all but twenty-six of them Tories, with the remaining 218 going to Labour, the Lib-Dems and the rest. It was a plausible forecast since opinion had not shifted much since a June 12 poll for the Daily Telegraph had predicted a Tory party led by Johnson would alone win over 400 seats.

But Farage balked on the grounds that the Tories were so deeply distrusted that giving the Brexit party a handful of seats to swell a likely Tory majority would not overcome that distrust. Boris couldn’t win alone.  Farage asked that his party get a free run in at least 150 Labour and Lib-Dem seats in return for withdrawing in Tory-held seats. Johnson balked in turn and the talks broke down.

Johnson thus lost the chance to be the dominant figure in British politics as Churchill and Thatcher had been. Nonetheless, he enjoyed many other distinctions in politics, including the prime ministership. His memoirs and histories gave many people pleasure. And he enjoyed a happy marriage with his fourth wife, Melania, who survives him.

Extract from The Return to Somewhere, 2032, the memoirs of Lord Farage of Land’s End:

I was not surprised when Boris asked to see me following the tempestuous Cabinet meeting over his Brexit proposals. I expected he would propose an electoral deal and was prepared to consider one seriously. But our conversation did not go as I expected.

A recent run of good polls for the Tories had made him over-confident—always a risk with Boris. Also, he was afraid that too favourable a deal with the Brexit party would fracture his own party irretrievably and he might not get his package of measures through Parliament. His “offer”—Tory support for the Brexit party in a mere thirty Labour seats—was insulting to a party that was scoring only a few percentage points behind the government in opinion polls.

We parted without a deal but on friendly turns. But as the electoral logic dictated, we ran under the slogan: You Can’t Trust the Tories on Brexit.

Boris’s shaking of the electoral kaleidoscope produced an astounding result: the Brexit party 190 seats, the Tories 180, Labour 160, the Liberal Democrats 40, the SNP 50, and a handful of others There was a clear majority for a pro-Brexit coalition, and no majority for anything else. Boris and I formed what we decided to call the Conservative Democrat coalition.

As the larger coalition partner the Brexit party could have demanded the majority of Cabinet ministers and the prime ministership. But I was conscious that the Tories had more experienced officeholders and that Boris was the single most popular figure in the government. We agreed therefore on a 60-40 Tory-Brexiteer Cabinet with Boris as PM and I as deputy prime minister with responsibility for the Cabinet Office. That suited us both well since Boris liked being PM and I liked running the government.

Together we achieved a clean Brexit whose promise of prosperity—after two years of disruption, admittedly—was fulfilled in the free trade and migration deals with the US and the CANZUK countries, now popularly known as the “Second Coming of the Anglosphere”. While discussing how best to achieve these deals with Commonwealth elder statesmen, I met Stephen Harper and learned of how he had first divided and then united the Canadian Right twenty years before.

I brought Stephen together with Boris, and with his help we founded the Democratic Conservative Party in 2022 which, having won two elections under first Boris and then me, can fairly claim to the natural governing party of our country. If you have the people, you don’t need anyone else.

A negotiation with the EU on a free trade deal continues, and they have high hopes of its success.

Extract from a letter from Theresa May to a neighbour in San Tropez, February 2035:

Thank you for that biography of Neville Chamberlain. Quite fascinating. Did you know that when the national government floated the pound in 1931, it worked out a bit like when John Major left the ERM. The economy at once began a long recovery. And Lord Passfield (aka Sidney Webb), who had been in the Labour Cabinet ruined because it stuck bravely to the Gold Standard, said: “They never told us they could do that.” Isn’t that interesting?

3 thoughts on “Fragments of Future Histories”

Comrades: Islamism and the Left