Abortion: Black, White and Grey All Over 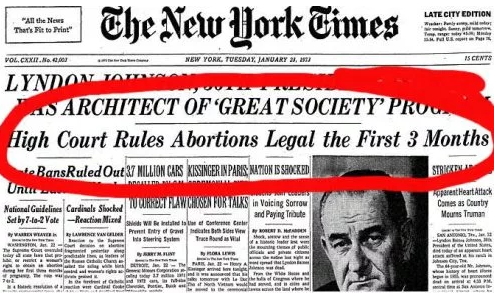 Justice Clarence Thomas of the US Supreme Court opined the other day that the Court should not be bound by erroneous precedent. Democrats suspect that he has overturning the decision in Roe vs. Wade in his sights; as they similarly suspect all originalist justices. I am not sure how lively the abortion debate is around the world but it is certainly much lively in the United States than it is in Australia, where the right to end life near the end of life occupies more newsprint.

The politics of abortion in the US tends to be binary. You are either pro-life or pro-choice. There is little in-between.

I have always had difficulty in coming to a conclusion on abortion – at least of the adamant kind that numbers of people seem to find easy to embrace. Of course, I belong to the tribe (politically conservative and Christian) which has the predominant number of those in the pro-life camp. Nevertheless, I am conflicted.

This is from an archived BBC ethics guide covering the arguments in favour of abortion:

# the fetus exists inside a woman’s body

# therefore a pregnant woman has the right to abort the fetus

Whatever you might think of the logical consequence in the last point, the argument at least  doesn’t rest on only the first point but acknowledges a distinction between the woman’s body and the separate body of the fetus. This is important because it entertains the possibility of debate. Those in favour of abortion who do not acknowledge that an abortion will kill another living human entity really close off debate by denying reality.

I looked at the majority decision of the US Supreme Court in the Roe vs. Wade case of 1973. The main conclusion was as follows:

A state criminal abortion statute of the current Texas type, that excepts from criminality only a life-saving procedure on behalf of the mother, without regard to pregnancy stage and without recognition of the other interests involved, is violative of the Due Process Clause of the Fourteenth Amendment.

The operative Due Process Clause reads: “…nor shall any State deprive any person of life, liberty, or property, without due process of law…” How this can be interpreted to protect the right to an abortion can only be understood by getting into the opaque minds of the seven of nine justices who found for Roe. In other words, mere mortals have no chance whatsoever. But that is by the way. In the end result, in democracies, it is up to us, rather than unelected judges, to decide the issue.

See also: Legalised Abortion and the Triumph of Eugenics  and
The Forever Empty Crib

Within the Supreme Court majority judgement, I found this (below) which is a baseline for my support for the right of a woman to choose an abortion and I suspect many others think similarly:

In that year [1967], the Committee on Human Reproduction urged the adoption of a stated policy of opposition to induced abortion, except when there is “documented medical evidence” of a threat to the health or life of the mother, or that the child “may be born with incapacitating physical deformity or mental deficiency,” or that a pregnancy “resulting from legally established statutory or forcible rape or incest may constitute a threat to the mental or physical health of the patient…

There are those on the pro-life side who support abortions only when the life of the mother would be risked by continuing the pregnancy. This is much too extreme. Having and bringing up a child is challenging in normal circumstances. I cannot see that it is safe for the state to intervene to prevent a woman having an abortion if her pregnancy was the product of rape or incest or if her baby was destined to be physically or mentally incapacitated. What God would think I have no idea. That is a matter for the mother to wrestle with not the state.

More generally it is safer to stay out of the realm of guessing what God thinks about what people do or don’t do in their individual circumstances. Israel Folau might take note – I say that, by the way, without at all supporting the virtue signalers out to get him.

So, I have my personal baseline on abortion, then it gets complicated. Most abortions, by far, occur because the baby is simply unwanted. This can be for a range of practical reasons. For example, it can be for economic reasons or for the perceived adverse effects on lifestyle, on educational and/or on career aspirations. It almost goes without saying that the largest number of abortions are carried out on unmarried women. A figure I found for the US puts it at 86 per cent.

I am not an unmarried woman who finds herself with an unwanted pregnancy which, if allowed to proceed, will upturn my life and plans. That is why coming to a conclusive view is complicated – and should be for any of us not in her position. Personally, I can’t decide on the right answer and am amazed that so many people on either side are not similarly conflicted.

It’s hard to get numbers which don’t vary according to source, but there is something in the order of 800,000 abortions per year in the US; 200,000 in Britain and between 65,000 and 80,000 in Australia. That is a lot of abortions in anybody’s language. Bill Clinton’s dictum that they should be rare is not reflected in reality.

The Centre for Disease Control (CDC) in the US in 2018 estimated that 65 per cent of abortions occur at or within eight weeks of gestation. Only 10% occurred at over 13 weeks. This is consoling up to a point. But a fetus at eight weeks is fairly well formed as shown on the picture below from the Baby Centre website. 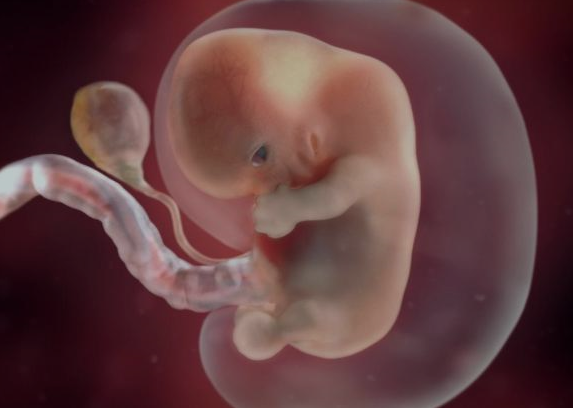 There is very little doubt surely that aborting an eight-week old fetus is taking a life. That has to be front and centre of the debate. To my mind, however, that doesn’t make the pro-life argument conclusive.

At question is whether taking the life is murder. Thou shalt not kill is a mistranslation of the biblical commandment which, in fact, prohibits murder. Killing is not proscribed. No secular legal system prohibits killing. The question always turns on the circumstances. In this case the fact that the fetus is attached to, inside of, and totally dependent on, the mother gives the mother, I believe, a rather large say in its future. Where that say stops is the question.

It seems to be fairly clear that the point at which the baby has a reasonable chance of survival outside the womb is a defining point. In normal circumstances, this would rule out elective abortions at the end of the second trimester (27 weeks) and perhaps a little before. However, most abortions would not be caught by this prohibition – only about 1 per cent according to the CDC.

The US Supreme Court imposed restrictions on the nationwide right to an abortion after the end of the first trimester (12 weeks), leaving any further relaxation to individual states. But again, as I noted above, this leaves most abortions (about 90 per cent) unrestricted, and I point again to the picture of the eight-week old fetus.

I will leave it there. I don’t know the answer. I am wary of the thinking of those who say they do. What is beyond doubt is that abortion involves killing a living being that if allowed to develop will become a baby living outside the womb. The pro-choice side needs to acknowledge the truth of that, and not hide behind the sophistry of a woman having a right to do what she will with her own body, before any honest debate can even begin to occur.

Media Is The Massage