A Dyspeptic Celebration of May 18 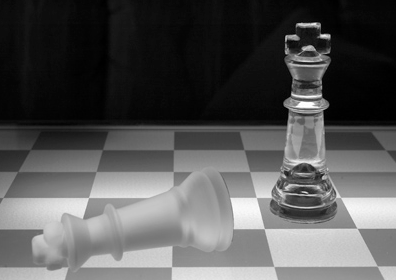 Should DisCons be ecstatic or grumpy? The great relief of waking on May 19 to a government not led by Bill Shorten was widespread, palpable and considerable.  Much has been said about the “Morrison miracle” and the dodged bullet. DisCons have been mentioned frequently by way of explanation, with Morrison’s win bracketed with Trump and Brexit.  Whether the newly re-elected and seemingly heroic Morrison government can deliver a conservative agenda is entirely another matter.

Scott Morrison? Here we have a former Treasurer who joined in the gleeful crunching of the elderly, following Hockey’s tentative steps. A protector of borders who was implementing Abbott’s determined agenda.  A proponent of the Turnbull takeover who managed to stay under the radar of gross disloyalty.  A supporter of the egregious Paris climate agreement and Australia’s continuing tutelage thereto.  An enthusiastic proponent, indeed an architect, of the much derided National Energy Guarantee. A grateful recipient of NSW Liberals’ factional largesse courtesy of Alex Hawke and the inevitable Michael Photios — the very same Photios whose minions skewered both Abbott and Jim Molan, sought to dispatch Craig Kelly and who continue to prosper in the cesspit that is New South Wales factional Liberal politics.

The AEC’s Senate vote tally as of June 4, 2019. What further proof than Molan’s below-the-line vote tally is needed to establish once and for all that NSW factionalism is at odds with the base?

Not satisfied with placing Molan in an unwinnable ballot position, they subsequently took to verballing him, such that Molan is said to be considering legal action against fellow Liberal and member of the rainbow faction Trent Zimmerman. As is the way with petty tyrants and their courtiers, the talk now is of “disciplining” Molan and the right-minded band of supporters who backed his quixotic below-the-line Senate campaign. His primary vote, as the above AEC chart demonstrates, was some five times better than the tallies of the two ticket-heading hacks.

Morrison refused to defend Israel Folau being shafted for expressing, albeit in tough-love fashion and not to every Christians’ taste, his biblically derived beliefs. He might have begged off expressing a view on which species of sinners are going to hell, but surely he could have managed at least a few words in defence of freedom of speech?

As leader, Morrison kept on the now mercifully departed Christopher Pyne as well as the sadly un-departed Marise Payne – not just in any old ministries but in critically important internationally focused portfolios.  The same can be said of the underperforming Simon Birmingham, yet another factional player who almost single-handedly lost the Coalition the Catholic vote through his bungling of the schools-funding formula, followed by his even more egregious and seemingly calculated insulting of Catholic education officials. While James Cook University was burning the career of climate heretic Peter Ridd his silence was deafening.  If the new, post-election ministry can be said to be superior to its predecessor, it is largely because the likes of Bishop, Pyne and (of course) Turnbull are gone, along with Mitch Fifield, supine overseer of the ABC, and the back-stabbing Arthur Sinodinos (see under ‘Tony Abbott, knifing of‘).

No more Pyne.  No more Turnbull.  No more Bishop.  No more Banks.  Problem solved? Not really. The joy of the conservative is that of disaster averted, not of confidence in triumphs ahead. Fifty-four Liberals knifed Abbott, the only true conservative since John Howard, and a good many of them remain.

Meanwhile, the factional brutality remains, despite the seeming drawing of a line under the Turnbull-Abbott wars.  As noted, Zimmerman and factional colleagues continue to attack Jim Molan, one of the few remaining DisCon standard bearers.  Make no mistake about it,  Molan is being verballed for factional reasons. While there are good men and women on the team, how much influence do they really have in a gloriously centrist, keep-the-peace, don’t-frighten-the-horses governing class?

No conservative should confuse electoral ascendancy with prospective good governance and the rigorous winding back of the leftist state and its associated, captured cultural institutions.  Most of the heavy lifting for ScoMo was done by none other than Bill Shorten, let’s face it. By, in effect,  extending the ideological distance between the limp, centrist “right” that is on offer and the unappealing, now weirdly extremist left, Shorten gifted the election to the Coalition.  Voters were scared witless by Labor.  We know this.  But the implied question on the minds of these scared voters – what will you do, Scott, to really address our fears and concerns? – remains in limbo. Where is the hope for DisCons now?

Will the Human Rights Commission be curtailed, let alone abolished?  Will religious freedom be secured, meaningfully, in the age of militant transgenderism and the march of homosexuality?  Will the ABC be reformed, even tamed in some way?  Will government spending be addressed?  Will energy policy be rationalised?  Will political correctness be eliminated in the public and corporate space?  Will the lavishly funded decrepitude of the education system be addressed?  The appalling curricula?  Will the dreadful universities be brought into line, stopped from victimising the next Peter Ridd? Will families with stay-at-home mothers (or fathers) be encouraged to have more children? Will immigration be tackled and its real problems addressed: who comes, how they behave and if what they believe is a barrier to assimilation?

Does the Prime Minister know this is what conservatives are thinking? Surely Mr Morrison isn’t subscribing to Mark Textor’s maxim 2.o, that we have nowhere else to go?  If I have missed something, let me stand corrected. Instinctive conservative leaders, like Howard and Abbott, send signals to the troops. They used key words; they let us know they understand. The worried punters who sensibly fear socialism and its abundant and attendant costs could use some of that old-time reassurance.

One thing true political disruptors do – think Trump, Bolsonaro, Orban and Farage – is to challenge the very thinking that ails the polity, and to push back against the cross-party ruling elite.  This is the challenge of our age — an age in which we have seen the key institutions of society debauched, corrupted and alienated from the citizenry.

Morrison is no disruptor.  Everyone on the Right knows this.  Is this important?  Yes it is, most particularly to those who recognise the system is broken and needs fixing.  If the Australian way of centrist coping is allowed to suffice we will proceed down the road of creeping, inevitable statism, nanny control, political correctness, reduced freedom, green fascism and rising generations characterised by mis-educated ignorance.

True conservatives should never be satisfied with near enough is good enough, let alone surrender to the leftist zeitgeist, the usual way of soft conservative acquiescence.  We want some reassurance that things not right will be addressed and can be fixed.

Do we have a government that senses the seriousness of our national predicament?  Not so far, we don’t.  I hope to be proven very wrong.  To date, the evidence is not strong.  The Liberal Party did, in the lead up to the recent May election, the two things it always ends up doing.  It argues that Labor would be a disaster if elected, and that we-the-Liberals aren’t as bad, so please stick with us.

Centrists who cling to the Liberal Party-as-broad-church approach to right-of-centre politics will have been massively reassured by both the Liberals’ election triumph and the accession of fresh conservative talent (think Celia Hammond in Curtin), plus the continued presence in  parliamentary ranks of Amanda Stoker, George Christensen and Andrew Hastie.  But unless such talents are promoted and placed in strategic ministerial roles, they will merely continue to give terrific speeches, write superb articles for publications such as Quadrant, and give great heart to right-leaning warriors. Meanwhile, Canberra will continue to burn. We should also note that neither Kevin Andrews nor Eric Abetz, Abbott-era standard bearers, rate highly in the Prime Ministerial suite.

The predicament of the DisCon as we contemplate the likely trajectory of the second Morrison Government can be neatly summarised by an event that occurred in the dying days of the election campaign in NSW’s northern rivers seat of Page. A flyer reached my letter box, shaming the local Labor candidate for being a secret supporter of fracking.  The source for this claim was that august organ, the Katherine Times.  The flyer read “with Labor, gas is back”.

That flyer was authorised by the Nationals!

8 thoughts on “A Dyspeptic Celebration of May 18”