The Revenge of Labor’s Abandoned Constituency 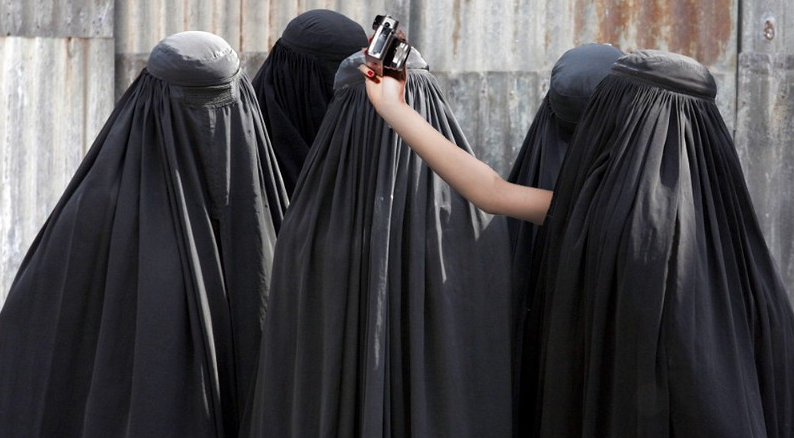 In the conclusion of his important and timely book, Labor’s Forgotten People: The Triumph of Identity Politics, Michael Thompson makes what to many will seem a rather implausible claim: that the embrace of identity politics by the ALP – and the Left more generally – poses an “existential threat” to the party’s future.

Thompson’s main contention is that Labor has, over recent decades, increasingly distanced itself from the concerns of a large part of its traditional working class base, those he refers to as Labor’s “forgotten people”, the sort of people who were also called “Howard’s battler’s” in the wake of the latter’s electoral victory in 1996.

This is a section of the electorate that social-democratic parties in Australia and elsewhere have tended to take for granted, a presumption that in the end such people have no alternative than to stick to their traditional loyalties. In these circumstances, especially with manifestly inept political opponents, it might seem safe to indulge the stranger extremities of identity politics (for example the extraordinary emphasis on gender identity in the latest ALP federal platform) and to deprecate, indeed to vilify, some of the concerns of their traditional base, most importantly the impact of large-scale immigration. 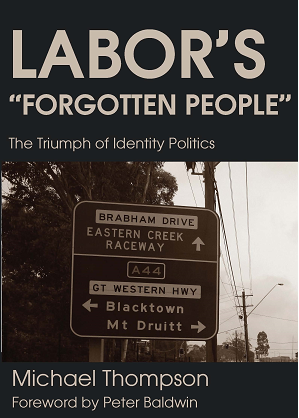 To the extent such concerns are addressed at all, they are seen in exclusively economic terms, the classical Marxist conceit. What we need is better infrastructure, better planning, more labour market programs, and so on. Get this right and all will fall into place – our base will be happy, we can square the circle.

However there is a growing weight of international evidence that this assumption is just wrong. In their pioneering recent study, National Populism: The Revolt Against Liberal Democracy,  British scholars Roger Eatwell and Mathew Goodwin analyse the collapse of support for traditional social-democratic parties all over Continental Europe and the corresponding emergence of what they term “national populist” parties that have largely appropriated the old working class base of the centre-left parties.

Parties that barely existed several years ago, such as the AfD (Alternative for Deutschland) in Germany, the Sweden Democrats, as well as the longer-established National Rally led by Marine Le Pen and other similar parties have emerged as major electoral forces. The most recent example of this is the Vox party in Spain, that has surged from miniscule support in the space of a few months to 13 percent in the most recent poll, while in the past year similar parties in Austria and Italy have entered governing coalitions. Collectively they are expected to gain between a quarter and possibly even a third of the vote in European elections scheduled for May 2019. The election of Donald Trump is a further manifestation of this phenomenon, with the loss of states long taken for granted by the Democrats (Pennsylvania, Michigan, Wisconsin) as low-income whites defected in large numbers to Trump.

What has underpinned this shift? Eatwell and Goodwin draw on extensive research to essentially argue that there is much more to it than economic deprivation, and that the dismissal of such parties and their supporters as anti-democratic, indeed neo-fascist, is false. They argue that their popularity is rooted in multiple sources of insecurity brought about by extremely rapid cultural and demographic change, the undermining of national sovereignty and borders, and a profound distrust of political and media elites.

Most importantly, there is a pervasive sense that the concerns of ordinary people are ignored. They cite surveys that show all over Europe very high proportions of the population feel that mainstream politicians are indifferent to the concerns of “people like me”.

High on the list of concerns of ordinary people is disquiet about the growing influence of Islam in Europe, especially in light of the huge influx of immigrants triggered by the Syrian civil war in 2015. The Royal Institute of International Affairs (commonly referred to as “Chatham House”) conducted a survey in which respondents in ten European countries, including all the major ones, were asked whether they agreed with the statement: “All further migration from mainly Muslim countries should be stopped”. The results were, in the words of the Chatham House  report, “striking and sobering”. Across all of the European countries, 55 per cent agreed, 25 per cent neither agreed nor disagreed, and only 20 per cent disagreed. In Britain, for example, 47 per cent agreed and 23 per cent disagreed. These figures are confirmed by other similar studies.

So what we have is a massive undercurrent of disquiet, largely ignored by the political, media and educational elites. Europe desperately needs an honest debate about Islam, especially the compatibility of its tenets with liberal Western societies, but this has been made extremely difficult by the prospect of accusations of racism or Islamophobia. Such sentiments, especially from the “forgotten people”, has been largely driven underground, with the active prosecution of laws against subjectively defined “hate speech”.

It is not surprising that with such concerns seen as illegitimate in the mainstream parties – especially parties of the Left – people are starting to turn elsewhere.

What about Australia? Thus far, we have not seen the emergence of parties of similar strength and significance to those described above, certainly not ones able to contemplate participation in governing coalitions.

There are several factors accounting for this. Australia has not, so far, seen the scale of cultural and demographic transformation that has fuelled the growth of populist-nationalist parties in Europe. Furthermore, Australia is more genuinely “multicultural” than some European countries, with Muslims, Buddhists and Hindus/Sikhs each constituting roughly two and a half percent of the population.

Another important factor is the nature of our electoral system. The proportional representation systems in a number of European countries such as Germany and Sweden allow an insurgent party to quickly gain a significant parliamentary presence. For example, at the first federal election it ever contested the German AfD secured the election of 94 Bundestag members.

The Australian Senate, elected by proportional representation, does provide one means for parties like Pauline Hanson’s One Nation to gain some leverage, but that party has been so rent by division and ineptitude that whatever electoral advantage it manages to achieve is quickly frittered away. The decision by Mark Latham, who led the federal Labor Party in the 2004 election campaign, to join One Nation and run in the NSW elections could well be transformative in this respect.

Clearly these developments do not pose an “existential threat” to the ALP in the short term, but the medium to long term is another matter. The rapidity of the decline of the social-democrats in Europe would have seemed incredible just twenty years ago.

However there is another kind of “existential threat” to the ALP arising from its embrace of identity politics, and for an exemplar of this kind of threat we need to look at what has happened to Labour in Britain, its sister party: the risk of the party “losing its soul”. The transformation of this once great party of the centre-left into a rancid swamp of anti-Semitism and political extremism is tragic to behold.

This is no longer the party of Clement Attlee and Harold Wilson. This is a party where those who dissent from the extremist line are subject to threats and intimidation by the activist faction Momentum.

It would be a horrible irony were the ALP to follow this trajectory as a result of the well-intentioned reform proposals designed to open up and democratize the party but which could, as Michael Thompson points out, make it vulnerable to a similar takeover by activist groups, like GetUp!, as has beset UK Labour.

Peter Baldwin, a Labor MHR from 1983 to 1998, contributed the above preface to Michael Thompson’s Labor’s Forgotten People: The Triumph of Identity Politics, just published by Connor Court, which can be ordered via this link

An Apology for the AHRC’s Existence