The Justice System and Cardinal Pell 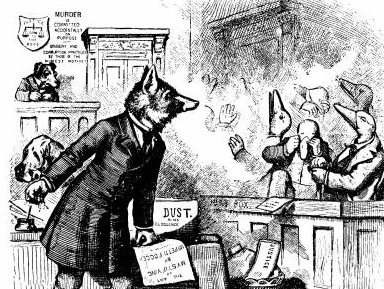 While recently away in the UK I read the “best-selling” book The Secret Barrister (2018) authored by, well, a secret barrister. The barrister in question is apparently a junior barrister specialising in criminal law in England and Wales. I figure it’s a man (and will use ‘he’ where applicable) but the forward blurb disguises this by disconcertingly using the pronouns ‘they’ and ‘their’ for a singular person. Most annoying. Why not use the awkward ‘he or she’ rather than butcher the language? Just asking.

The book is a damning indictment of the British criminal justice system, at least as it applies in England and Wales. From amateur magistrates to sloppy gathering of evidence to missing evidence to poorly-funded legal aid and much, much more, the secret barrister provides an alarming picture of the law gone wrong and justice at grave risk. The Observer described the account of the justice sytem as “terrifying.”

My impression is that the situation simply can’t be as shambolic as described. Nevertheless, if you were falsely accused of a criminal offence (providing, perhaps, it is not child abuse) it might be best to be in Australia rather than in Britain; I hope anyway. On the other hand, the guilty might have a better chance of the incriminating evidence being mislaid in Britain. So, it evens out in an Alice in Wonderland kind of way.

My purpose is not to give a rundown on the book’s main subject matter. It is primarily specific to the English and Welsh court system. However, I was struck a number of times by the author’s appeal to the principles and practices of justice in the British tradition. In that context, my thoughts often turned to the trial of Cardinal George Pell. This is my focus. I will proceed by covering just a few pertinent extracts from the book.

I will start with a comment on sexual abuse trials. “The criminal courts are not, for example, about catharsis, or giving a victim their day in court, or providing closure … [nor] should it be filled with unfeasible cases to virtue-signal to an inherently anti-defendant media.” It is unnecessary for me to add a word to this axiomatic statement of principle or to establish its relationship to the George Pell case, so I won’t.

This also has resonance: “If, as a consequence of my fierce cross-examination and scornful, blustering closing speech, a genuine victim of an unspeakable crime has their suffering, their torment, their destruction multiplied, that must regrettably be filed under collateral damage in the noble battle to protect individual liberty, and to ensure that only where the state’s evidence proves guilt beyond reasonable doubt will a man’s freedom be curtailed.” I don’t know what happened at George Pell’s first trial. Was the alleged victim subject to a “fierce” cross-examination?

I would hope so, not in the interests of causing pain but in the interests of justice. In the second trial, I understand, that the complainant was not re-cross examined. I find that process, intended no doubt to protect the “victim”, to be grossly deficient, yet I haven’t seen a comment on it by those knowledgeable in the law. I can’t see how it is consistent with protecting the rights of the accused. It becomes even more difficult to understand when a second jury, privy to a replay of exactly the same uncorroborated testimony from the complainant, reaches a different conclusion to the first. That just seems unsafe on its face. I also refer readers to Keith Windschuttle’s report in which he identifies the prejudicial atmosphere prevailing when the second trial began.

Now to the police. “The pendulum, for so long jammed against the interests of victims, [has] swung violently the other way,” the author says. He refers to a well-known case in Britain in 2014 when a man known as ‘Nick’ accused cabinet ministers, army generals, heads of MI5 and M16, and a former prime minister (Edward Heath) of being part of a ring in the 1970s which ritually abused boys from the age of seven and murdered some of them in sex games.

It sounds like codswallop and it was. Yet the police stated that they believed Nick’s fanciful account as being “credible and true.” According to the author, police had been instructed since 2002 “to accept allegations made by the victim in the first instance as being truthful, [thus] nonsensical allegations are not properly challenged or tested.” The author points to the use of the term ‘the victim’ rather than the court-approved term ‘the complainant’. I am not sure what term is used by police forces in Australia. But generally the term victim is in the public domain.

It would surely be nice to think, if you faced the uncorroborated accusation by one person of having committed a crime some thirty to forty years before, that the police would at least keep an open mind. When you consider what we know of the tenuous case (to put it generously) against Pell, it seems beyond doubt that Victorian Police were similarly minded, as were the British police in accepting Nick’s tall tale. The lives of the accused men and their families in Britain were badly damaged over a sixteen-month period before the case was dropped. However, none suffered the fate of serving jail time, unlike Pell.

On juries, the author suggests they be required “to give reasons for their verdicts; to set out clearly their findings of fact, with reasons in support of those findings, and how the law applies to them.” He notes this kind of requirement exists in Spain. I am curious, beyond curiosity, about what the second Pell jury would have come up with.

Having served as foreman of a jury I know how some people give unwarranted weight to their ‘feelings’ about the guilt of the accused. The onus on the prosecution has to be very heavy and the jury has to be “sure” on the basis of the evidence that the accused is guilty before arriving at such a verdict. The presumption of innocence is the cornerstone of the criminal justice system and of our freedom.

The author quotes eighteenth century English jurist William Blackstone: “It is better that ten guilty persons escape than one innocent suffers.” As the author says, this is a hard message to swallow when faced with a “sobbing complainant.” Nevertheless, he asks, “what sort of society we want, can we tolerate imposing the ultimate coercive sanction – permanent deprivation of liberty – upon people who we agree may reasonably be entirely blameless. How much scope for abuse would it give the state to create criminal offences that carry terms of life imprisonment, knowing that any citizen can be convicted on the basis of ‘might have done it’ rather than ‘sure he done it’?”

The fact is some complainants lie, some are vindictive, some are psychotic, some are mistaken, some invent false memories, some accurately recall having suffered unspeakable abuse. In many cases, the criminal justice system can’t determine the truth. In any event, according to the author, that aim is “too much…the best we can hope for is that the jury can determine enough from the evidence to answer the question … are we sure that the defendant is guilty of this criminal offence …to ask for more than that… is a pretense”

On the evidence as we understand it, I would suggest that the police and the jury failed to give nearly enough weight to the presumption of innocence in the case of Pell. They would benefit from reading The Secret Barrister. Society as a whole would do well to understand that the truth, the whole truth and nothing but the truth is known in most cases only to God. All we can do is to consider evidence and be certain that it is conclusive before incarcerating those who are accused.

The Rock and a Hard Place